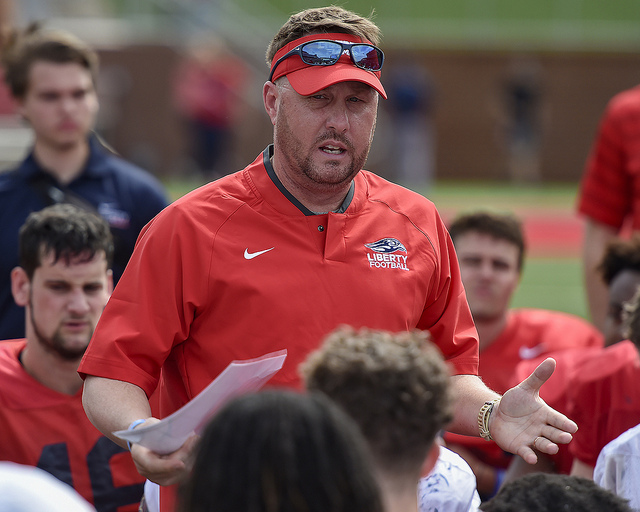 Coach Freeze met with the media Friday afternoon from a conference room in the Fairfield Inn & Suites adjacent to Liberty’s campus. He’s been staying at the hotel since he was released from UVA Medical Center in Charlottesville on Wednesday after surgery for a staph infection. From his room he’s been able to watch his Liberty football team practice live while also being able to communicate with the coaches and players instantaneously.

“Don’t ever take your health for granted,” Freeze said. “It’s something that can change your life quickly.”

He has yet to make it to a practice physically as he continues to recover, but he is hopeful he will be back at a practice over the next few days. When Freeze returns to practice, he will do so from golf cart. He will be able to coach for the Syracuse game, but he may be forced to do so from the coaching booth, something Freeze has never done, not even when he was a coordinator.

Freeze credits the administration at Liberty University for all the compassion show to him during this process.

“A lot of people talk at other places about truly caring and truly being supportive. This one didn’t just talk about things,” Freeze explained. “From President Falwell, in a matter of minutes, helping us make decisions that looking back, I truly thank God for. It was a God-send that he had the connections and he had the desire to help get us the best help possible. He and his wife and their support for us is just incredible.”

When Falwell learned of Freeze’s condition, he quickly called U.S. Department of Housing and Urban Development Secretary Ben Carson. Through conversations had, it was determined Freeze should be transported to Charlottesville where Dr. Dilan Ellegala would perform surgery on Freeze. Falwell sent a Liberty plane to Scottsdale, Arizona to bring Dr. Ellegala to Charlottesville to care for Freeze.

“Ian is an incredible servant leader,” Freeze said of his boss and Liberty Athletic Director Ian McCaw. “What a great model he is. He just wants to think long term and what’s best for the program.”

Freeze continued to praise the people at Liberty University.

“It’s not just talk, it’s genuine, it’s real. My daughter said the other night, ‘I don’t know if we’ve been in a place that would have done all this.’ So, it’s not just me that sees it. That means a lot to me that my daughter is seeing it. When you talk about building champions for Christ, one of the first things that should be taught is compassion. Each of us can show it in different ways because all of us have different resources, different means, different connections, but all of us have that. Liberty certainly has showed that to me.”

Since being released from the hospital, Freeze has continued to ease his way back into his coaching duties. He met with the full staff Friday morning at the hotel. He’s talked to most of the players individually through text or on the phone.

“This is a big curveball for me, our staff, our university,” said Freeze. “Whatever the reason is, I believe we serve a God that loves us and everything has a purpose.” 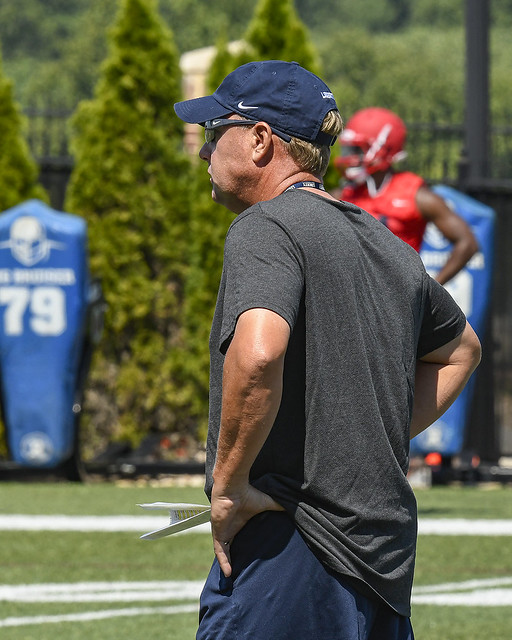 Freeze walked into the conference room with a walker and had help from staff members to get seated. He says he’s feeling much better. He only experiences pain when he walks, describing it as a “catch” in his lower back that makes it unstable.” He’s been working relentlessly to get back to 100%, walking up and down the hall of the hotel three times on Friday with no pain.

“I got to get to where I feel very confident that I don’t need a walker or anything,” he said. “It’s only when I’m walking and sitting for long times it gets stiff. Other than that, I feel like we’re in good shape.”

The doctors told him a typical surgery like this would take about 4 days to get back up and walking, but because the way the bacteria attacked the area, there was so much infection in the bone and joint that it will take Freeze longer than normal.

“I know it’s disappointing to this administration, who is excited about the season just like we are,” Freeze said. “Here I am feeling like I can’t give my best, and that’s been the toughest challenge. I think I’ve led our staff extremely well even through this, but I don’t feel like I’ve had the ability to lead our team the way I want to. I’ve always had an ability to make our team believe that they can compete on any given night with any given opponent, and I’m going to have a shorter time to do that. That’s been the biggest frustration to me, missing those kids, those guys, and helping prepare.”

Freeze is confident his staff has done enough these past two weeks while he has been away to have the team prepared for the season opener just over a week away against Syracuse. Meanwhile, this experience has made him have a personal appreciation for the compassion shown to him by everyone at Liberty.

“I’m just blown away by Liberty and my family is too.” 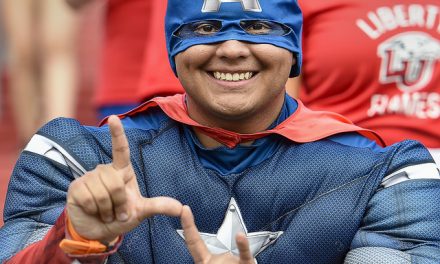 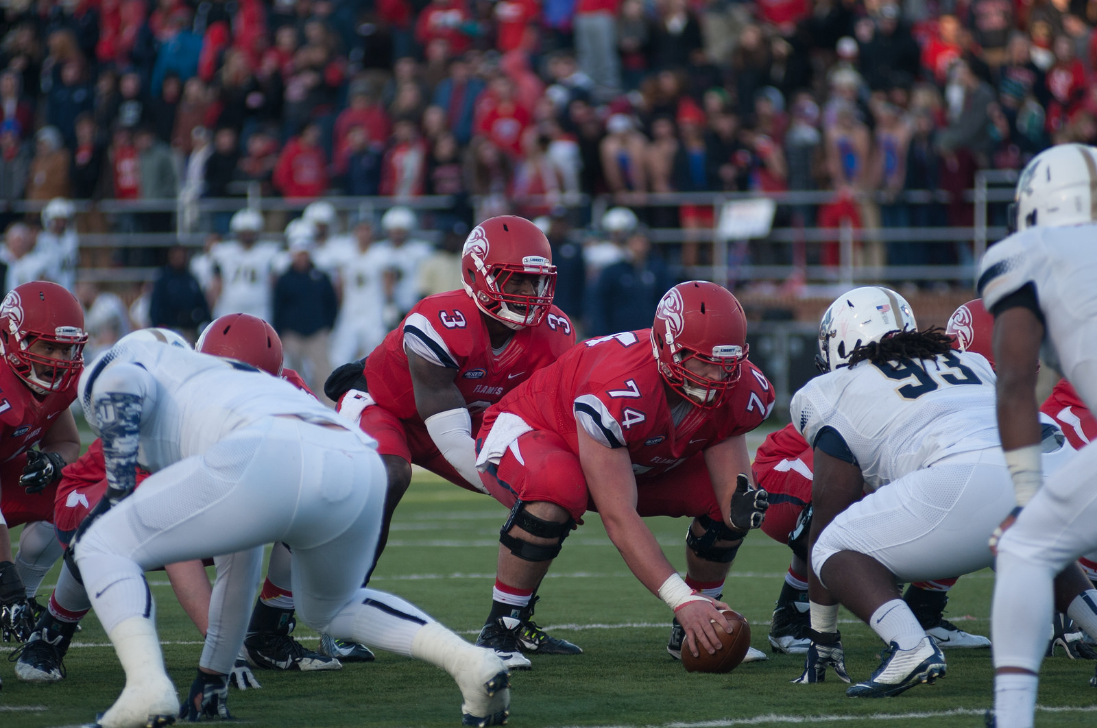 Video shown to players prior to beating Coastal 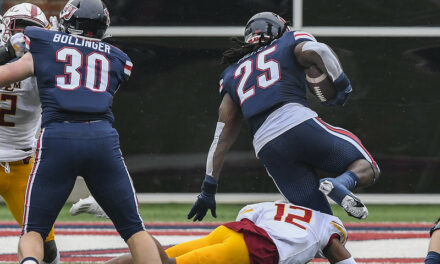