Flames escape, come back from double digits to defeat Jacksonville 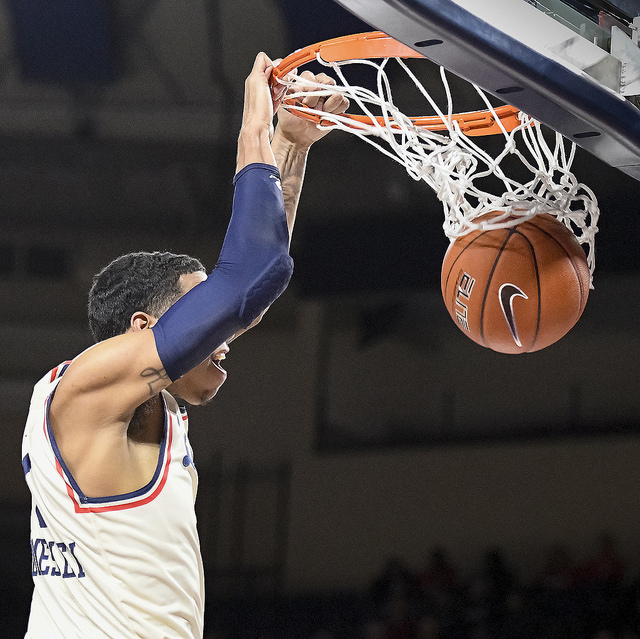 The Liberty Flames had its toughest test of the conference season to this point, coming back from being down 10 points with just over 11 minutes left. The Flames get the win 69-59 to move to 7-0 in ASUN and 18-4 overall. Huge showdown with Lipscomb awaits Tuesday night in the Vines Center.

Liberty quickly jumped out to a 7-2 lead by the first media timeout thanks in large part to the play of Scottie James. His 2 offensive rebounds led to 5 early 2nd chance points. McKay would then turn to his bench and they picked up where the starters left off. Keegan McDowell scored 7 quick points on a three pointer, a strong finish at the rim, and utilized a euro-step in transition. Darius McGhee also connected from deep as the Flames pushed the lead to 19-12 at the under 8 media timeout.

The Dolphins wouldn’t go away, closing the half with a 16-4 run over the final 9 minutes of the first half to take a 26-23 lead into the locker room. Jacksonville grabbed the lead with 28 seconds left in the half thanks to a 3 pointer by Aamahne Santos, it was the first lead JU had since 2-0 early in the game.

The Flames struggled offensively, shooting just 34.5% from the field and 3-of-16 from 3 point range. McGhee, Lovell Cabbil, and Elijah Cuffee combined to shoot just 1-of-14 from the field.

Both teams would open the 2nd half exchanging buckets as the Dolphins maintained a 2-4 point lead throughout the opening minutes. Jacksonville held the lead at their largest margin of the game, 6, with just 12 minutes left to play. Coming out of the U12 timeout, JU quickly pushed their lead to 10.

The teams continued to exchange blows over the next several minutes as Homesley continued to make his stamp on the game. Lovell Cabbil would get open for a 3-pointer which he buried to push Liberty’s lead to 4 at the under 4 timeout. Elijah Cuffee would get open in the corner to push the lead to 8 with 3 minutes left to play.

The Dolphins would respond to cut it to 4 with 2 minutes to go, but the Flames would respond with buckets from Myo Baxter-Bell and Pacheco to push the lead back to 8 at the 1 minute mark. Liberty would hold  on to win by 10, a 20 point turnaround in the final 11:16.

The Flames move to 17-0 on the season while holding opponents to 70 points or fewer.

Caleb Homesley led the way with 19 points on 7-of-10 shooting from the field. He also grabbed 5 rebounds and was the key offensive weapon for the Flames in the game winning stretch.

Oh just some game against Lipscomb on Tuesday night at the Vines Center. 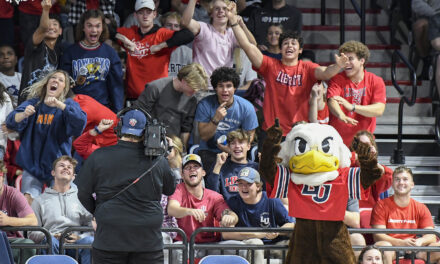 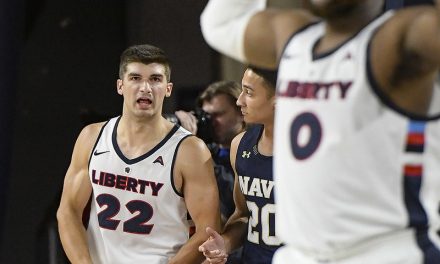 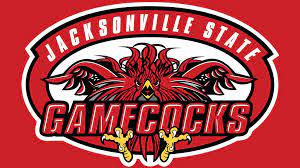 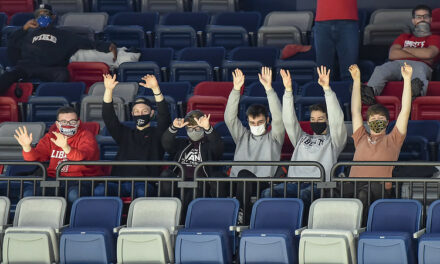