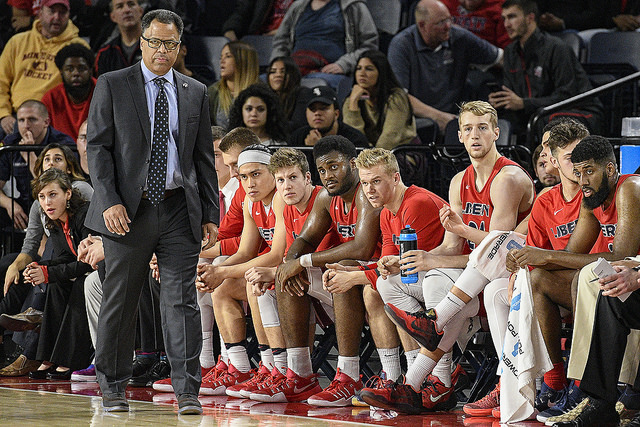 For just the 5th time in the school’s Division I history, the Liberty Flames’ men’s basketball team will be playing in a postseason tournament.

Less than one week after Liberty was eliminated in the Big South Conference Tournament quarterfinals, it accepted an invitation to the CollegeInsider.com Postseason Tournament (CIT). Campbell and UMBC are other teams which have already accepted bids to the CIT.

The CIT includes a field of 32 teams which will be re-seeded after each round. All games will be played on campus sites, with the championship on March 31. At least 28 CIT games will be broadcast exclusively through Facebook Live, including all first round, second round, and quarterfinal matchups. The Semifinals and Championship will be broadcast on the CBS Sports Network.

First round games of the CIT will take place March 13-15 followed by the second round March 17-20. The CIT Quarterfinals are scheduled for March 23-26 with the semifinals on March 29th.

This will mark Liberty’s second appearance in the CIT. The Flames appeared in the CIT following the 2008-09 season, defeating Rider in the first round before losing to James Madison in the 2nd round.

Liberty will host a first round game on Monday, March 13th. Tip-off is scheduled for 7:05 pm and will be broadcast through Facebook Live. The opponent will be determined at the end of the week once conference tournaments have been concluded.

What You Need to Know: Coastal Carolina