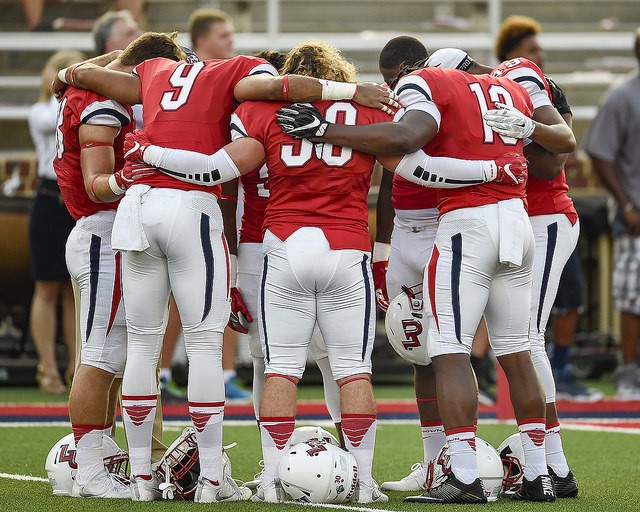 Liberty will attempt to win its 3rd FBS game in as many seasons as they are in Dallas for their 2nd FBS game this season. Game time against SMU is set for 7pm eastern and will be televised on ESPN3.

How much is the sexual assault case affecting the team?

As we’ve discussed this week, two current members of the football team are suspended indefinitely pending the outcome of a sexual assault investigation. One side of the story we haven’t discussed, is how this affects the team as a whole? Is it a distraction? Is it being used as motivation? Is it being used to bring the team together? At this point, only time will tell.

Lots of Texas ties for the Flames.

This will be just the 2nd time in program history, and first time since 1993, that Liberty has played a game in Texas. The Flames played, and beat, Texas State in their only previous trip to the Lone Star state. Coach Gill, his coaching staff, and his team have plenty of connections to the state of Texas. 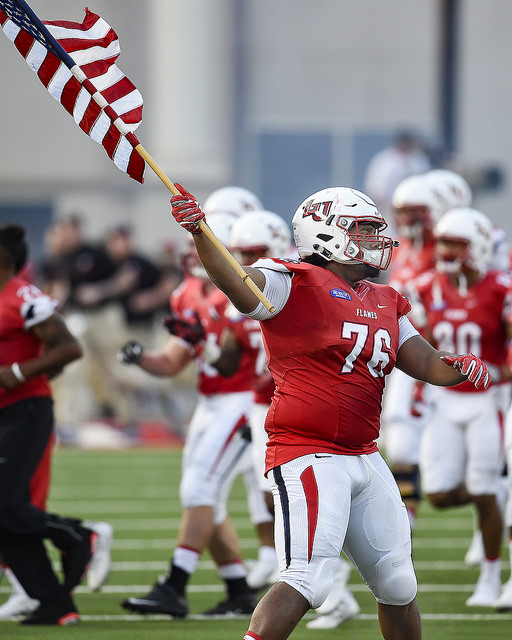 First, Coach Gill was born in Fort Worth. He also coached at SMU in 1991 as an assistant head coach of the quarterbacks and wide receivers. Two other assistants, Vantz Singletary and Josh Bookbinder, are also Texas natives. SMU’s defensive line coach Buddy Wyatt served in the same capacity at Kansas under Gill for 2 seasons.

Since Gill has been at the helm for Liberty, he’s always made recruiting in the talent-rich state of Texas a priority. Liberty has 9 current members of the team who hail from Texas including Tolen Avery (Galveston), Will Brown (Texarkana), Dontae Duff (Mesquite), JaRon Greene (Beaumont), Tyrin Holloway (Humble), Cam Jackson (Houston), Julio Lozano (Bellaire), Lionell McConnell (Allen), and Solomon McGinty (Navasota).

As has been the case under Gill, the Flames are recruiting Texas extremely hard this season as well. The opportunity this game allows the Flames will help with its exposure in Texas and the athletes and schools Liberty has been recruiting at will more easily be able to identify who Liberty is.

This is not the last time Liberty will stop in Texas as the Flames are also scheduled to play at Baylor, on September 2, to open the 2017 season.

SMU’s offense has struggled in key areas and at key times.

The Mustangs are just 30-for-71 passing for 4 interceptions. That’s about 42% passing completion which ranks next to last out of 128 FBS teams. SMU is also only converting 42% of their 3rd down opportunities through the first 2 ball games. To round out some of their offensive struggles, SMU has scored on just 7 of their 11 red zone opportunities. This conversion percentage of 63.6% ranks 114th in the FBS. The Mustangs have only scored a touchdown on 3 of 11 red zone trips. If these trends continue Saturday, it bodes well for the Flames.

Some other key notes. 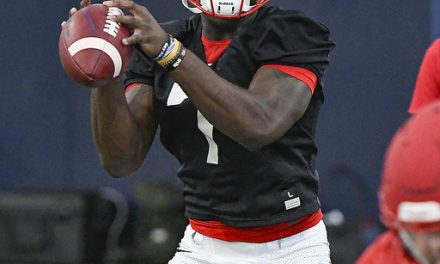 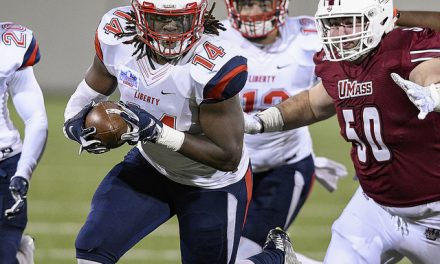 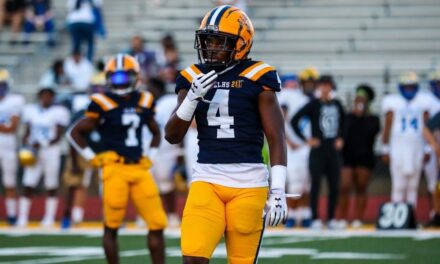 Liberty WR Commit Quentin Thomas: “The 2023 class is about to go crazy”