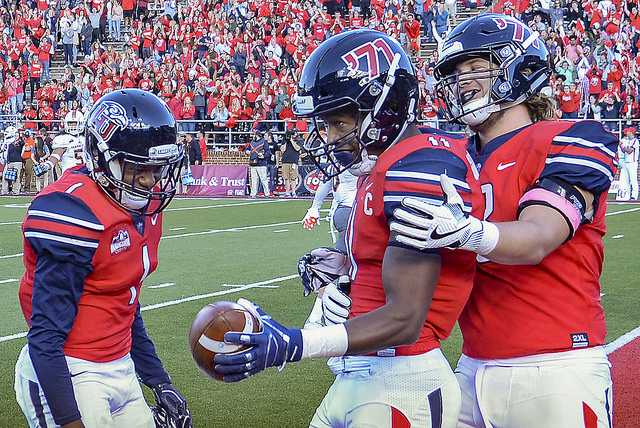 Liberty begins a challenging 3 game road swing on Saturday at Massachusetts. The Flames and Minutemen will be meeting for the first time ever, but both FBS Independents are scheduled to meet every season through 2025. Liberty is looking for its first ever win over an Independent.

As the calendar turns to November, we’re reminded of Turner Gill’s 16-5 record at Liberty during the month. The Flames need two wins out of their next 4 games to become bowl eligible provided there aren’t enough bowl eligible teams to fill the 78 bowl slots. With rest of the road trip featuring a top 25 matchup against Virginia and SEC power Auburn, this weekend’s game becomes pivotal.

UMass is 3-6 on the season and is coming off a 22-17 4th quarter comeback against UConn last week. They feature the leading FBS wide receiver in Andy Isabella who has 1,091 receiving yards on the season. He lines up all over the field – out wide, in the slot, as a tight end, in the backfield.

UMass is led by veteran head coach Mark Whipple who is in his 2nd stint as head coach in Amherst. His extensive coaching career includes stops as an offensive assistant for Miami (FL), the Steelers, the Eagles, and the Browns. He was Ben Roethlisberger’s QB coach in Pittsburgh for a few years. 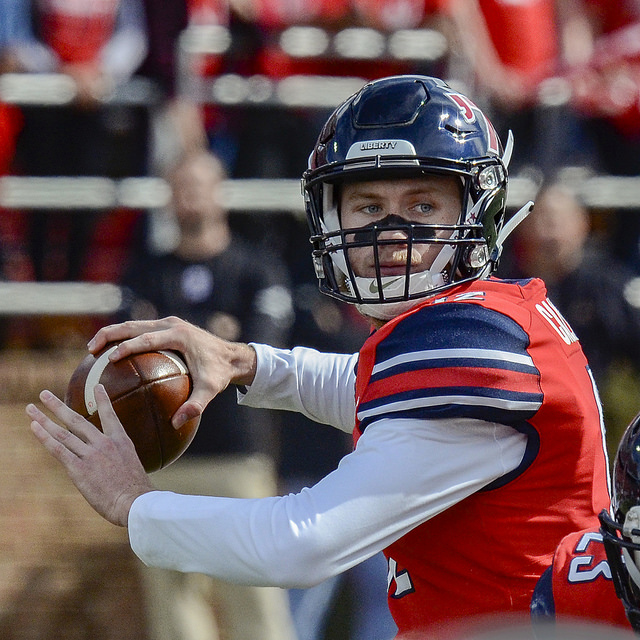 The Minutemen are averaging 44.67 points in their wins this year compared to 28.4 in their losses. Senior quarterback Andrew Ford was lost to injury prior to the UConn game. Ross Comis has taken over for him, and he threw for 197 yards and 2 touchdowns against the Huskies while also rushing for 63 yards. Comis has some experience, seeing playing time in 27 games in his career, including 8 of the team’s 9 games this year.

Running back Marquis Young has run the ball for 547 yards and 5 touchdowns this season. He’s also the team’s kick returner and has returned one for a touchdown earlier in the year.

“They can run the ball and throw the ball,” Gill said of the Minutemen’s offensive attack. “This offense is going to be an incredible challenge for us.”

On defense, UMass is surrendering 471 yards of offense and 39.4 points per game. Linebacker Bryton Barr is the guy to watch out for. #44 on the Minutemen’s defense leads the team in tackles with 111 this season. He also leads the team with 9 tackles for loss, 3 sacks, and 2 fumble recoveries while also recording 1 interception.

The Flames are excited to get starting running back Kentory Matthews back this week after missing the previous 4 games.

“These past 3 or 4 weeks, we’ve been paying close attention to where he was progress-wise,” offensive coordinator Joe Dailey said of Matthews. “We’re kinda chomping at the bit to get that young man back because he provides so many things for us in the run-pass game each week. Last week he had a great week of preparation, and then he came out Sunday and he was flying around like nothing every happened. It’s exciting to get him back and for him to get an opportunity to do what he does best on Saturdays.”

Kicker Alex Probert made his season debut against Idaho State as he connected on all but one of his extra points. This week, Probert is likely to begin handling kickoffs and field goals for the Flames, coach Gill said.

These two teams have been involved in a total of 7 games with 80+ combined points scored this season, so a shootout certainly isn’t outside of the realm of possibility. The Flames have been good in November and after bye weeks under Gill, a trend that will hopefully continue this weekend. 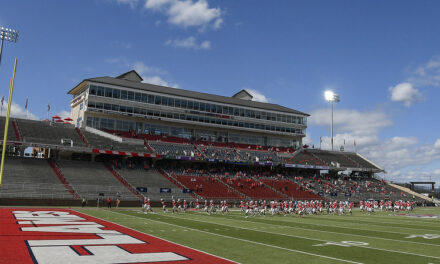 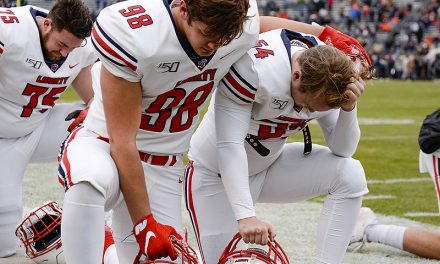