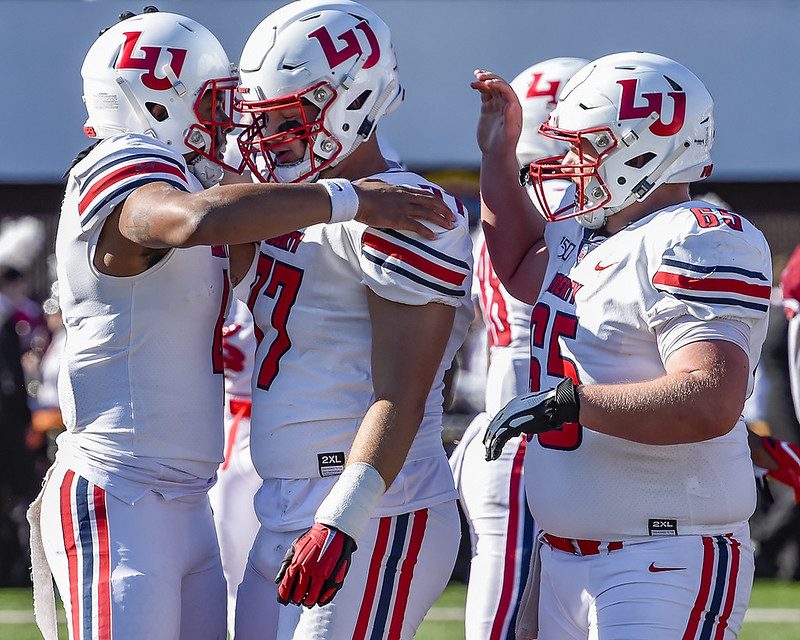 Liberty (6-3) is in Provo, Utah to take on Brigham Young (4-4) on Saturday night at 7:30 p.m. Eastern in a game that will be televised by ESPNU. We’ve talked a lot this week about what this game means for the Liberty program as a whole, but it’s time to breakdown this matchup further.

The Cougars enter the game at 4-4, needing two wins in its final four contests to become bowl eligible. BYU has been to 36 bowl games including a 49-18 win over Western Michigan in last year’s Famous Idaho Potato Bowl.

Kalani Sitake is in his 4th season as head coach at BYU, as he took over for current Virginia head coach Bronco Mendenhall following the 2015 season. BYU is 24-23 under Sitake with a 2-0 mark in bowl games.

“Kalani has done a great job there,” Liberty head coach Hugh Freeze said. “He’s a joy to be around. He makes everybody laugh. He’s got a great heart, a great soul, and he’s passionate about coaching these kids and BYU and they play like that.”

In what has become a recurring theme this season, Liberty is once again preparing to face a team without knowing who will be playing at quarterback. BYU has started three different quarterbacks this year. Zach Wilson began the season as the starter but was injured in the team’s 5th game of the year at Toledo. He underwent surgery on his throwing hand, and for the first time since he has made his way onto the depth chart. Jaren Hall replaced Wilson as starter but he suffered a concussion and missed the Boise State game, which Baylor Romney started. Hall returned for last week’s Utah State game, but left the game early with another concussion.

All three are listed as possible starters on the Cougars’ depth chart this week as both Wilson and Hall are day to day. Sitaki stated earlier this week that Wilson’s status is somewhere “between questionable and doubtful.” The starter isn’t expected to be announced publicly until sometime Saturday.

“We’re not quite sure what the quarterback status will be,” Coach Freeze said earlier this week. “You don’t know exactly what is going on there, we’re a little uncertain. It seems like we’ve said that a lot this year where we’re uncertain who we’re facing quarterback-wise, but this is another one of those times.”

Whoever the quarterback is, they will be leading an offense that will be very unique. Freeze said the game plan for the defense will be entirely new this week as the Flames’ prepare to face the Cougars.

“Off of everything they have, they have the reverse and the reverse pass,” Freeze explained. “Whatever run they have, they also have those two things off of it. You’re going to see them most every game. That’s how they kind of keep you off balance. They haven’t been a team that is just going to throw it down the field. Some of that has been the quarterback issues, but they find a way to do it and they’re creative in doing it.”

At running back, the Cougars have a very balanced attack as well, as four backs have at least 33 carries and none of them have more than 264 rushing yards. They also use their quarterbacks in the run game frequently, as the three QBs have combined for 81 rushing attempts this season.

In the receiving game, the Flames will face the most explosive pass-catching tight end it has all year in 6’5″, 245 pound Matt Bushman. He leads BYU in receiving with 28 receptions for 398 yards and 3 touchdowns. Four other receivers have between 21 and 28 receptions.

“This is different,” Freeze continued of his defensive game plan this week. “This whole game plan defensively is going to be pretty new to us from what we’ve witnessed this year, it’s different. That tight end is a problem. You have to fit all the runs and be aware of this tight end and the back out of the backfield. Plus, they have some receivers that are long. I don’t think they are guys that you fear running by you all the time, but they are so long they don’t have to. But the tight end is a matchup issue.”

On defense, BYU is tied for 5th nationally with 12 interceptions on the year, including three picks against Utah State last week. Their linebackers are very long and typically drop into zone coverage baiting the quarterback into interceptions.

“Their length defensively at linebacker is probably as long as I’ve ever seen,” said Freeze. “They’re not a big blitz team. They don’t have to be, that’s not who they are, not that they won’t try that some. They’re typically a drop 7 team. The length of those linebackers, it makes it tough on windows to throw in.”

“We will have to be very balanced,” said Freeze. “We have to find a way to run the ball some to try and shorten the game some. That would be very nice if we could do that.”

Liberty quarterback Buckshot Calvert – “It’s a really big game. It’s definitely going to be exciting. It’s something we dream for at this point, to go out there and play these top notch schools.”

Calvert continued – “They’re a really physical team. That’s what their team is, that’s what they live by. I think we’ve got to be ready to go into a dog fight and be prepared to not let any mental mistakes hurt us. I think we should be in a pretty good dog fight with these guys.”

Liberty running back Frankie Hickson – “It’s going to have to be the most physical game that we’ve played – offensively, defensively, special teams, it doesn’t matter. We’re all going to have to come and bring it every single play. They’ve got a good coaching staff over there. They’ve got a good family base unit where they don’t want to let anybody down. It’s going to be a nice little matchup, a nice battle for us.”

Liberty starting center Thomas Sargeant – The key to the game for us is controlling the line of scrimmage, running the ball and being able to do the RPOs that we do off the run. They are a very physical team. I think it will be a good challenge for us this week.”

The Flames should be able to move the ball on the Cougars. As long as Buckshot and the team is able to protect the ball, Liberty will score some points. It will come down to the defense needing to get enough stops and hopefully some takeaways. 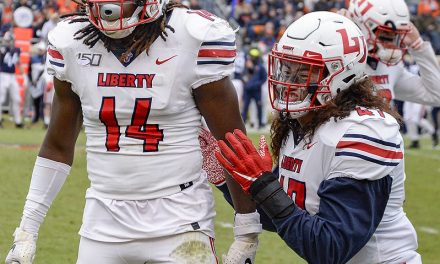 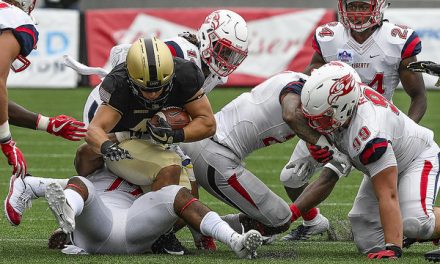 Expectations for 2013: The Old Dominion game