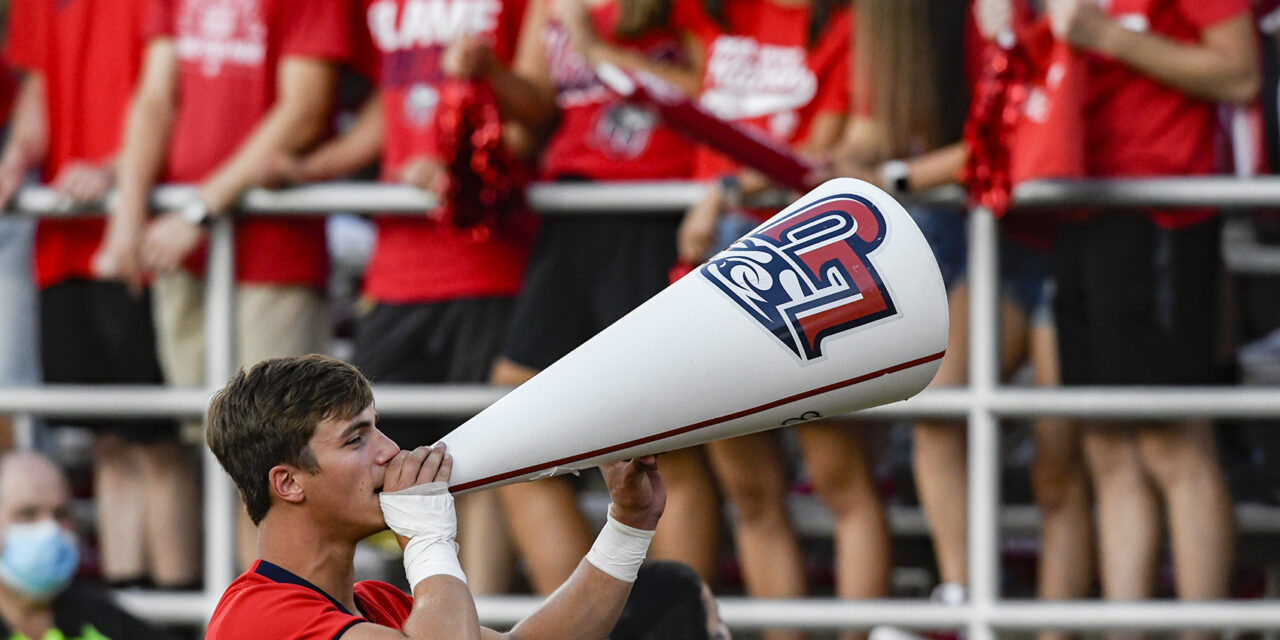 When Texas and Oklahoma announced their intention to join the SEC earlier this summer, we all knew there would be additional dominoes to fall in the conference realignment game. It was just a matter of time before the Big 12, and other conferences, made reactive moves to the news of the Longhorns and Sooners joining the best college football conference in the country.

The next moves were officially announced on Friday as the Big 12 has voted to accept adding BYU, Houston, Cincinnati, and Central Florida beginning with the 2023-24 season. The Cougars will be leaving Liberty, Notre Dame, and others as an FBS Independent while the rest of its sports will join the Big 12 from the West Coast Conference. The remaining three schools are currently members of the American Athletic Conference, widely considered the best league outside of the Power Five conferences.

Liberty is currently scheduled to face BYU in Lynchburg during the 2022 football season, a return trip from when the Flames visited Utah in 2019. With BYU not joining the Big 12 until the 2023 football season, that game should be safe.

There is still a chance the Big 12 looks to make additional moves in the coming weeks and months now that their foundation has been solidified, but the AAC will certainly make moves sooner rather than later. After these moves, the AAC will be down to eight members and AAC Commissioner Mike Aresco has released public statements confirming that his league will be looking to expand to at least 10 or schools.

Sun Belt commissioner Keith Gill released a statement this week saying that his conference will also be looking to make expansion moves should the right opportunity present itself. Conference USA, and the other Group of Five conferences, are likely to follow suit as the dominoes continue to fall.

“Our remaining schools have competed extremely well with these schools that are leaving. These schools aren’t dynasties,” Aresco told the Commercial Appeal this week. “And any schools that we add – and there are schools interested in us who play football and basketball at a very high level – they’ll compete at the highest level in this league. The DNA of this league is not going to change.”

The AAC has earned a New Year’s Six bowl bid each of the past four years, including Memphis’ appearance in the Cotton Bowl in 2019. The Tigers, however, are the only remaining school left to have represented the league in those lucrative and prestigious bowl games now that Cincinnati, Houston and UCF are on the way to the Big 12.

“We would want institutions that would enhance our brand and had the resources to be as competitive at the top level,” Aresco said. “That’s where we want it to be. That’s been the DNA of this league. You have to have schools that are willing to do that.”

Who will the AAC target and how far down the list is Liberty? They flirted with Boise State recently before talks went sideways. It would be expected that those conversations resume. Other teams the AAC could pursue include Charlotte, FIU, Marshall, Western Kentucky, FAU, Old Dominion, UTEP, North Texas, UAB, Louisiana Tech, Colorado State, Appalachian State, Coastal Carolina, and Louisiana.

Liberty Athletic Director Ian McCaw has mentioned previously that the school would be open to discussing conference possibilities. The program has grown considerably in recent years, especially in football and men’s basketball. Just a few years ago, Liberty couldn’t buy it’s way into a G5 conference. Now, Liberty could have multiple opportunities.

“We are very happy as an Independent,” McCaw stated in an earlier interview this summer. “It has worked out extremely well. The program has thrived. We have a lot of great assets. We have a television contract with ESPN, we just announced that extension on Monday for the next five years. We have an ESPN bowl agreement which is really desirable. We have our schedules built out through 2026. We are in a really good spot as an Independent. It’s very sustainable for us.”

“As a faith-based school, we’ve really modeled our program after Notre Dame and BYU,” McCaw continued. “Those are two programs that have the blueprint of playing Independent football and done extremely well. We are in a great position. That being said, if an FBS conference opportunity came along and was offered to us, we would need to carefully evaluate it. It would have to be very desirable though because our current situation is a very good one.”

Under head coach Hugh Freeze, the Flames have appeared in and won two straight bowl games and are coming off a 10-win campaign in 2020 when Liberty finished the season ranked in the top 25. Under head coach Ritchie McKay, the men’s basketball team has won three straight ASUN Conference championships and qualified for the NCAA Tournament each of the past three seasons.

“We feel like we are the fastest rising athletics program in the country,” said McCaw. “Look at the progress that Coach Freeze has made, it’s remarkable. The success of men’s basketball with three straight conference championships, kind of the comprehensive success we’ve talked about throughout the whole program, 10 conference championships this year. People recognize Liberty as a program on the rise, and then you combine that with our facilities and our resources, I really believe, long-term, Liberty could become a Power Five program. We have the infrastructure to do that. We are still growing. We still have a ways to go, but, in terms of the trajectory of this program over the last few years, I don’t know that any school in the country can match it.”

The question now for Liberty and Athletic Director Ian McCaw, what is best for the Flames’ athletic department moving forward as these dominoes continue fall? Is Independent and ASUN sustainable long term? When is the right time to join a conference? Which conference makes the most sense and is the right decision for Liberty? Sun Belt, Conference USA, the AAC, or remain Independent? The next few weeks and months should be interesting. 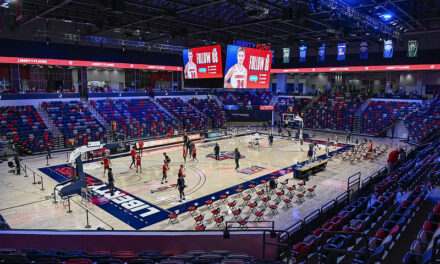 Liberty to host Delaware State at Liberty Arena in December