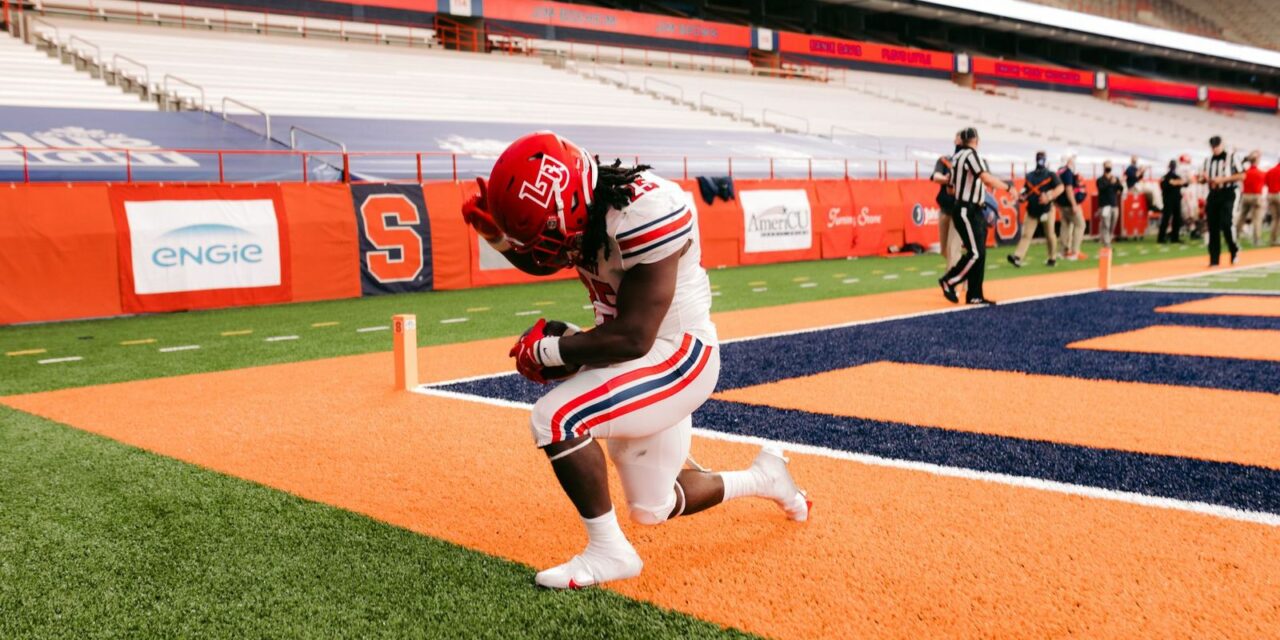 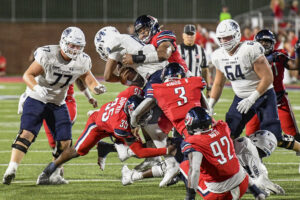 At one point Tommy Devito was being hailed as the QB who could be the “savior of Syracuse” but things have not materialized that way for Devito who since taking over the starting job in 2019 has yet to have a winning season and completed just 50% of his passes in 2020. So far this season Devito has yet to throw for more than 150 yards in a game, is completing under 62% of his passes, and has thrown 2 INTs to only one TD. In contrast, Syracuse’s running game is averaging 5.5 yards per carry, and Syracuse’s lead back already has 6 TDs and 350+ yards rushing this season. Syracuse is winning games on the ground and the best way to beat the Orange is to force them to lean on their shaky passing game. 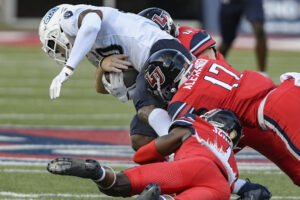 2. SECONDARY HAS TO STEP UP

Now, if Liberty is successful in following my first key there is going to need to be significant improvement in Liberty’s defensive backfield. Liberty’s strength has definitely been their D-line this season who is having a monster year, but the secondary has been a definite weak spot. Now an aggressive defensive push attempting to stop the run will also pay dividends in the passing game because it will put pressure on DeVito and force him to get rid of the ball quicker, but it will also put Liberty’s DBs on islands and coverage and tackling has not been strong so far this season for Liberty’s third line of defense.

Syracuse’s QB might be unreliable, but they have two wide receivers who have gone for over 100 yards this season and 7 players with receptions of 15 yards or more. When Syracuse does go to the air they go for big plays, and Liberty cannot allow themselves to get burned over the top. This is a home game for Syracuse and they are looking for revenge, and the fact that they are underdogs in their own stadium to the “no-name team from Lynchburg” will only add wood to their fire. A few big plays in front of the home crowd and the ‘Cuse may find the momentum they need to keep this one close and even walk out with a win. 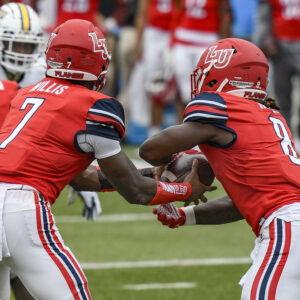 Liberty’s running back trio worked so well last season because Pickett provided the power back dimension, Louis brought the speed and explosiveness, and Mack brought the elusive every-down running ability. This season, Liberty’s running game is off to a rough start and part of that is the fact that while Green has been ok in the power back dimension, and Louis has managed to find some creases, Mack has failed to find any sort of consistency. In 3 games, Mack has only 127 rushing yards and is averaging just 3.2 yards per carry. Compare those numbers to last season where in the first 3 games Mack put up 337 yards rushing and averaged 5.7 yards per carry-on the year. The one-two-three punch that Freeze ran so well last season only works if all 3 parts are doing their part and right now, the two and a half punch isn’t working out.

Last season Shedro Louis used the Syracuse game as a springboard to jump-start his season with 170 yards on the ground after having less than 60 yards rushing in any contest previously. This year Mack is in the same boat and looking for a jump start. Hopefully, the Syracuse game can be the revival that Mack and this Liberty rushing attack needs.

The Flames are 3-0 but it’s been a rocky start to the season for Liberty. The offense and defense have struggled to get going and the special teams have been anything but special. Thankfully Liberty’s schedule has been accommodating enough that Liberty had some time to work things out and still come away with Ws. Well, the time to figure things out is over and the slack in the scheduling rope is coming out in a hurry. Liberty faces two huge road tests with Power 5 program Syracuse this week and resurgent G5 up and comer UAB the week after. Liberty managed to go in and surprise Syracuse in 2020 but the Orange will be ready for the Flames this time as Liberty is no doubt a circled matchup on the calendar for the ‘Cuse.

Liberty’s offense looked much improved last week, especially in the passing game, and Willis tends to shine on the biggest stages, but the running game will be a big question mark in this matchup and could end up hurting the Flames if Syracuse can figure out a way to contain Willis’ feet. My prediction is that the running game shows improvement in this one, Willis uses the momentum from last week’s matchup to explode big and Liberty’s defense contains Syracuse just enough for the Flames to walk away with a nice victory in this one, which should make coach Freeze happy even if it leaves some Flames fans still craving that dominant statement win that has been so elusive this season. 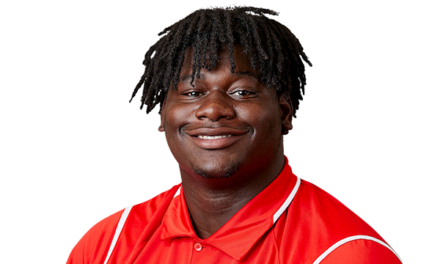 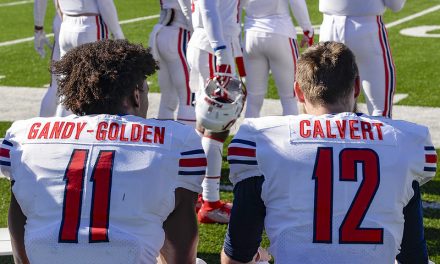 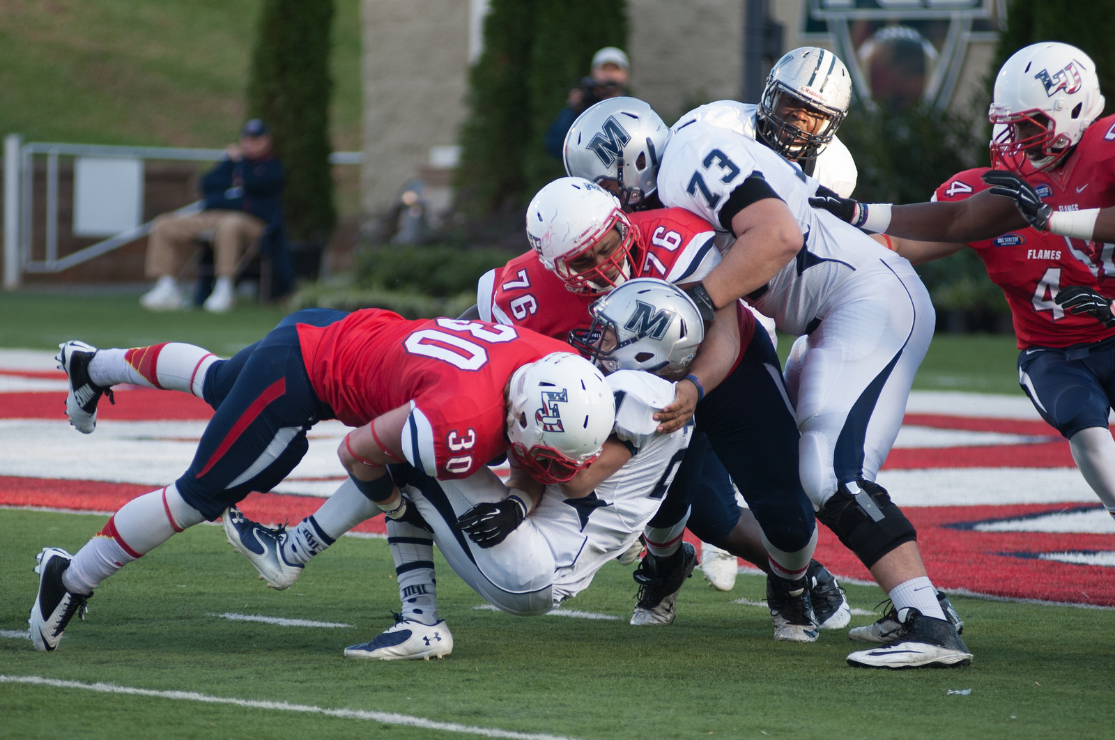