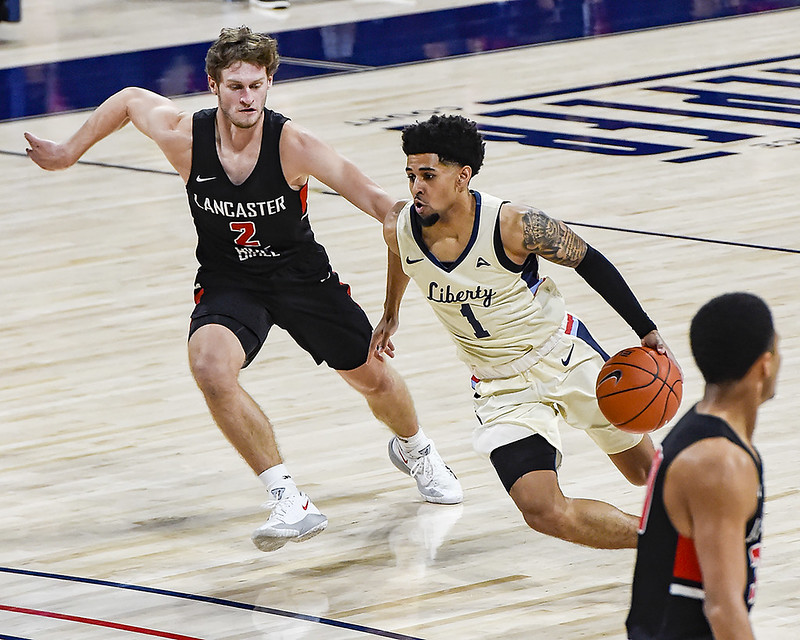 The ASUN has made alterations to this weekend’s men’s basketball schedule, and Liberty (15-5, 6-2) will now play host to North Florida (7-11, 5-3) for a pair of games at Liberty Arena this Friday and Saturday. The Flames were originally scheduled to play at North Alabama this weekend.

The Flames and Ospreys were originally scheduled to play in Lynchburg last weekend before those games were postponed late last week following a positive COVID test within the UNF program. The games were originally announced by Liberty for a 6 PM tip on Friday and 7 PM on Saturday, but it appears that North Florida has requested an earlier game time on Saturday due to them having to travel back to Jacksonville via bus Saturday night.

FGCU was originally scheduled to play at Kennesaw State, but the Eagles have announced they will now be on a pause for two weeks due to positive COVID cases. Provided FGCU can get their final two regular season games played, they will finish having only played 10 of the 16 regular season conference games.

Liberty’s online men’s basketball schedule has been updated to show the team’s final three series of the regular season. In addition to the games against North Florida this weekend, the Flames are also scheduled to host North Alabama on Feb. 19 and Feb. 20 and travel to Louisville to face Bellarmine on Feb. 26 and Feb. 27. The Flames were originally scheduled to play at North Alabama and host Bellarmine.

The ASUN regular season title is likely to be decided between Bellarmine and Liberty as the Flames and Knights are at the top of the conference standings. Bellarmine is currently 11-5 overall and 8-2 in ASUN play while Liberty is 15-5 and 6-2.

Bellarmine is playing their first season at the Division I level and in the ASUN. Under 16th year head coach Scott Davenport, the Knights have taken the conference by storm. After dropping their first two games of conference play at home to Lipscomb, Bellarmine has now won eight straight games, including wins on their home floor this past weekend over Jacksonville, 71-56 and 63-44.

“The addition of Bellarmine makes it much more competitive,” Liberty head coach Ritchie McKay said late last week. “You might think, well they came from Division II, but mind you they had a successful, well run program that has an established culture. They were going to be competitive. We took a peak at them last year and this summer, and we knew they were going to be near the top. Coach Davenport does a great job.”

Dating back to the 2009-2010 season, Bellarmine has won six regular season conference championships, five conference tournament titles, and advanced to four Division II Final Fours. Prior to transitioning to the Division I level, Bellarmine had the longest active streak of consecutive appearances in the Division II NCAA Tournament with 12 straight, winning at least 20 games in all 12 of those seasons and reaching 30 wins on three occasions.

With three weekends left in the ASUN regular season before the conference tournament begins the first week of March in Jacksonville, Liberty will not be able to complete the full 16 game ASUN regular season. The Flames will only be able to play 14 games, provided there are no other COVID related cancellation. If the remaining three weeks are played as scheduled as of Wednesday morning, Liberty will not play Florida Gulf Coast this season.

“We’re pursuing another (non-conference game),” McKay said following his team’s 90-49 win over Lancaster Bible College Friday night. “Where that falls on the calendar, we will wait and see, but obviously we’re not going to get to 16 league games. With 14, we’re going to try to find another game some where, probably midweek, in the next two to three weeks, but it has to make sense for us, as well. We’re not going to put our team at a disadvantage.”