The ASUN men’s basketball conference season now has two weeks under its belt with every team playing at least two league games except for Florida Gulf Coast. Power rankings are based on games played through January 12th.

After having the best non-conference performance of all ASUN teams, the Flames have begun league play at 3-1 and are currently in a three-way tie atop the standings with Lipscomb and Jacksonville. Liberty was able to get a split in Nashville against the Bisons without head coach Ritchie McKay and then swept Kennesaw State.

The Bisons got a home split with the Flames and then picked up two nice wins at Bellarmine. Lipscomb has advanced to the ASUN championship game each of the past three seasons and were picked as the preseason favorites this year. They will certainly be in the conversation as the season continues.

It may not be fair for FGCU to slip a spot without playing the past two weeks, but that is what has happened. The Eagles are expected to return to action this week with games scheduled against Bellarmine.

The Dolphins picked up two wins at Kennesaw State to begin conference play before getting a split at home against North Florida. Jacksonville lost this past Saturday, 70-68, or otherwise the Dolphins would be unbeaten in league play and remain on top of the league standings. We’ve seen what they can do against the teams expected to finish at or near the bottom of the ASUN, now let’s see how they do against everyone else.

There are still a lot of questions about the Hatters. Are they a real contender for the conference title? We don’t know the answer to that question yet after Stetson opened ASUN play with a split at North Alabama this past weekend, losing on Saturday in overtime. Provided the games this coming weekend against Liberty get played, we may know the answer to that question by this time next week.

The Lions got a split at home against Stetson, winning on Saturday in overtime. UNA has proven to be a middle of the pack conference team the past two seasons, and they are looking like they will do the same in 2021.

The Knights had their first taste of ASUN play this past weekend, having to face preseason favorite Lipscomb at home. They had a chance to knock off the Bisons in either game, falling by 5 and 7 points, respectively, in the two games Friday and Saturday. Bellarmine is now scheduled to travel to FGCU. Tough way to start ASUN play.

The Ospreys got the services of Carter Hendricksen back this past weekend against Jacksonville, earning a split in the series. UNF doesn’t have a scheduled game for two weeks, but as long as they stay healthy that will certainly change.

Despite it not showing up in the win column yet, the Owls are a much improved team with a lot more talent than they had in recent seasons. Behind the likes of Spencer Rodgers and Chris Youngblood, Kennesaw will notch some wins this season and be a tough out on most nights. 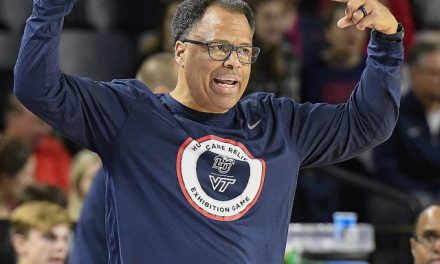 What You Need To Know: Iona 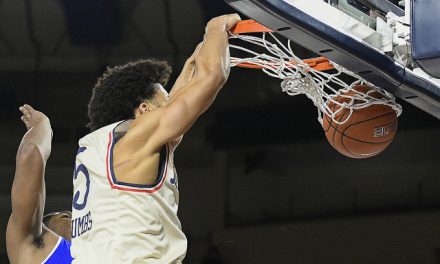