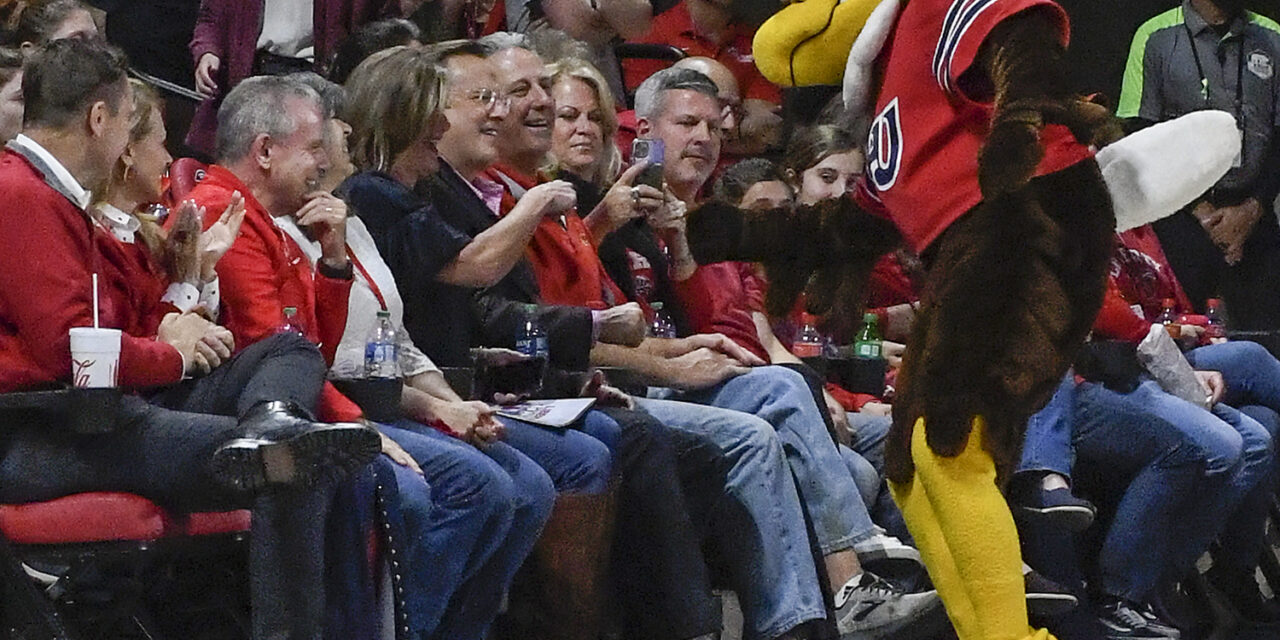 Since our last update, Liberty played six games in 13 days. During that time, the Flames saw its 45-game home win streak snapped against Jacksonville State, but Coach McKay and his squad had no time to sulk. The Flames went on the road for three straight games, picking up wins against Kennesaw State, Bellarmine, and Eastern Kentucky. Coupled with Jacksonville State’s upset loss at home to North Florida and at Stetson Wednesday night, Liberty now controls its own destiny for the ASUN regular season title and home court throughout the conference tournament.

The Dolphins dropped three straight games, all on the road, in mid-late January, but they have responded nicely to win four out of five games. Their only loss during that stretch was a narrow set back at Jacksonville State by six. First year head coach Jordan Mincy has the Dolphins in sole possession of second place in the East Division and their eyes set on a first round bye in the ASUN Tournament. A huge game for Jacksonville on Saturday as they look to get revenge on their 39 point loss at Liberty earlier this season.

The Eagles had one of the strongest non-conference seasons of any team in the ASUN, and they were at or near the top of these power rankings during most of that time. They then limped to a 1-3 and 2-4 start to conference play and became an afterthought to most in the conference race. Head coach Michael Fly seems to have gotten his FGCU squad back on track as they have won four out of five and five out of seven. With that strong stretch, the Eagles are within one game of Jacksonville for second place in the ASUN’s East Division which would give them a first round bye in the ASUN Tournament.

Things were trending in an upward projection at an alarming pace for the Gamecocks less than two weeks ago. Now, things seem to be going downward. Jacksonville State strolled into Liberty Arena on January 29 with a swagger and confidence that helped lead them to a 10 point win over the Flames to end Liberty’s 45-game home win streak. Since then, JSU has lost two of three with losses at home to North Florida and at Stetson. The Gamecocks are now in danger of slipping into a tie with Bellarmine for the top spot in the ASUN’s West Division. Huge showdown looming on Sunday, Feb. 20 in Louisville between those two.

Bellarmine raced out to a 7-1 start in league play and had thoughts once again on challenging for a regular season title deep into the regular season for a second straight year. The Knights then dropped two straight at home to Liberty and Kennesaw State, and they narrowly escaped a furious second half comeback at North Florida on Wednesday. Bellarmine is just one game behind Jacksonville State for first in the West Division and they have a comfortable three game lead in the loss column on their closest challenger, Central Arkansas.

The Hatters opened ASUN play at 1-4 and 2-5 and appeared that they were headed towards a finish near the basement of the conference. During this time, they lost their preseason all-conference selection Rob Perry, as he has missed the past nine games due to eligibility issues. Donnie Jones and Stetson have turned things around, winning three out of four and four out of six, including a big upset at home over Jacksonville State on Wednesday night. Two big games for the Hatters this week as they hope to remain alive in the race for the 2-seed in the East Division.

The Owls are a tough team to get a read on. They opened conference play at 4-1, and many were beginning to think Kennesaw State had turned the corner and would be competing for a first round bye in next month’s ASUN Tournament. Then, they dropped four straight and everyone started to count KSU out. Head coach Amir Abdur-Rahim has kept his team connected and they have bounced back with two straight wins, including an unexpected upset at Bellarmine. They remain in striking distance of Jacksonville and are tied with FGCU as those teams battle it out for the coveted No. 2 spot in the East Division.

After starting league play at 0-6, Matt Driscoll and the Ospreys have found some success, winning three out of their past five games. They also nearly pulled out an upset at home against Bellarmine on Wednesday night, having multiple opportunities in the final minute to take the lead after trailing by as many as 21 points. With their potential to get hot from three-point range, North Florida can be dangerous on any given night.

Being pegged as the preseason No. 2 team in the ASUN, Eastern Kentucky has not been able to live up to those expectations. They have battled through COVID issues and injuries throughout the conference season, and have not been able to string together enough wins. If they can get back to full strength and grab some momentum down the stretch, the Colonels will be a tough out in the ASUN Tournament.

It’s been a rough go for third year head coach Lennie Acuff and Lipscomb. The Bisons started conference play at 1-4 before winning two of three, but have since dropped three straight to fall to 3-8. With Ahsan Asadullah, Lipscomb has one of the most talented players in the conference. If they can turn the corner with their three-point shooting to compliment their big man, the Bisons could be dangerous down the stretch.

The Bears started conference play with such promise at 3-1, but they have come out on the short side of several close calls the past few weeks. UCA has dropped five out of six games and face the top two teams in the West Division this coming week.

North Alabama has had a difficult time trying to repeat last year’s success when they reached the ASUN Tournament championship game. The Lions have lost three straight, seven out of eight, and 12 out of 15 dating back to mid-December. 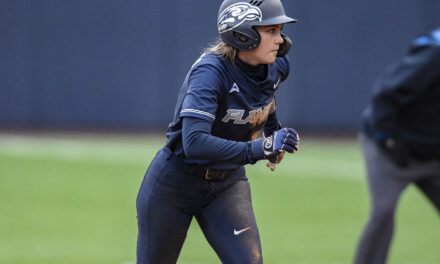 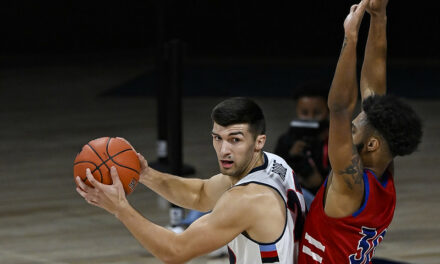 Liberty and East Carolina to meet in Hall of Fame Shootout 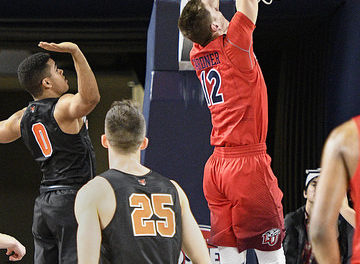