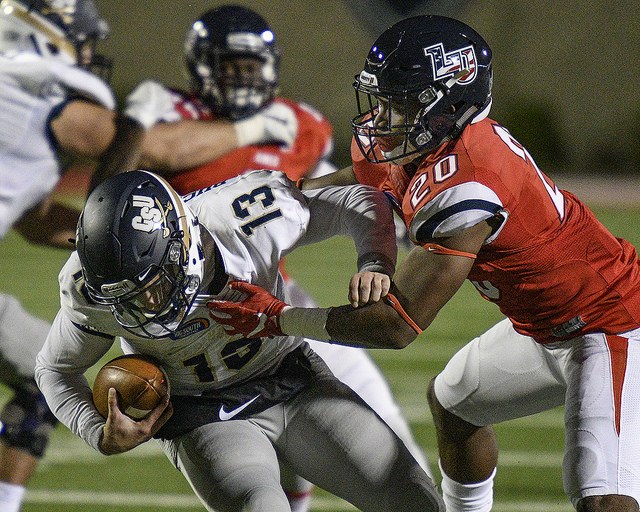 And just like that, we reach the final opponent preview for the 2017 season. To close out the year, the Flames will make the trip to Charleston where they will take on new head coach Mark Tucker and his Buccanneers. Liberty’s game against the Bucs will carry a different amount of weight compared to recent years though. This year there will be no conference or playoff implications for the Flames. There will be no Big South rings, banners, or bragging rights. Rather this game will bring about the end of the FCS era for Liberty University. 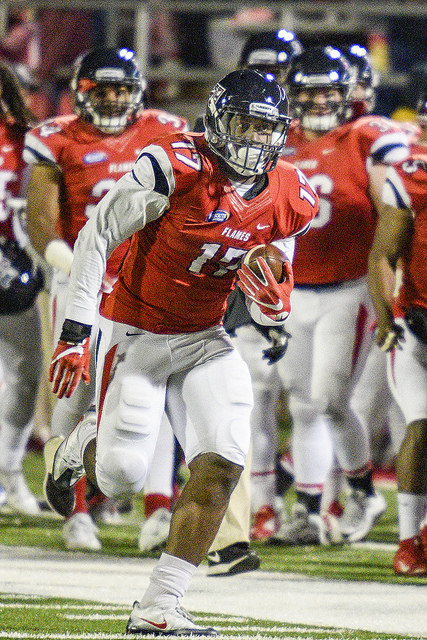 The Bucs lost a couple of important pieces this offseason including head coach Jamey Chadwell. Chadwell was the driving force behind CSU’s rise to prominence in the FCS, including back-to-back playoff berths. With his move to Coastal Carolina, QB coach Mark Tucker slid into the spot Chadwell left vacant. Tucker now has the job of filling holes left by a trio of running backs who graduated. With Mike Holloway, Darius Hammond, and Ben Robinson all gone, the running back position took quite a hit. Chanin Hamiton, who rushed for just 117 yards last season, is the most productive RB returning for the Bucs. They will look to him and freshman Ellijah Henry to sit in the backfield. Luckily, QB Shane Bucenell returns for his second season where he threw for 1,100 yards and 15 touchdowns while adding 325 more yards and 4 touchdowns on the ground. His experience in the backfield should help ease the inexperience at the RB position.

Though to the offense has some rebuilding to do, the Blue Swarm remains relatively intact from the 2016 season. They return 8 starters making their front 7 the best in the conference and one of the best in the FCS. This includes 2016 Big South defensive player of the year, Anthony Ellis, who had 16 tackles for loss, 7 sacks, and 2 forced fumbles. Ellis, with the likes of DL Johnny Robinson, Noah Oliver, and a pair of reliable LBs in Solomon Brown and Bobby Buff, will cause issues for most of the offenses they will see this season. The weakest position group on the defense would be the secondary as DBs D.J. Curl, Troy McGowens, and Corbin Jackson have all graduated. But a young defensive backfield can be hidden by a dominant pass rush, which the Bucs have. 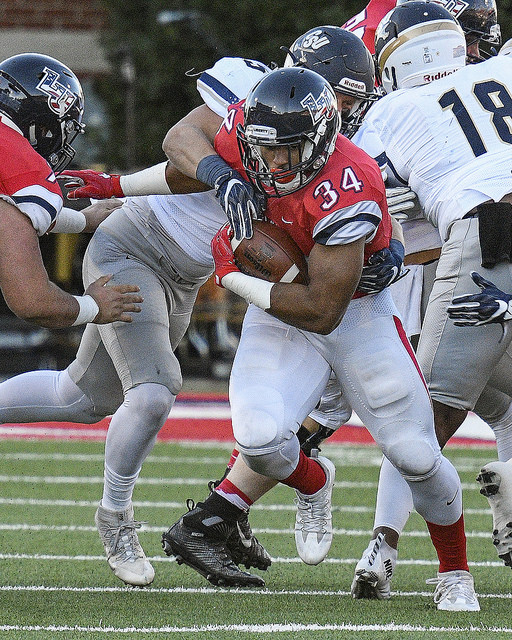 The Bucs have the best defense in the Big South this season, specifically their line. Considering Liberty’s offensive line is one of their weaker position groups, this could spell trouble for the Flames.

Liberty looks to be Charleston Southern’s second-most difficult game of the season (after Mississippi State). This comes after they travel to Kennesaw State for a game that will likely determine the Big South champion.

After CSU’s victory over the Flames last season, the Bucs took sledgehammers to cinder blocks with Liberty’s logo on them. No doubt the Flames have held on to that since the videos flooded Twitter. This could be more of a revenge game than anything else for Liberty.

QB Shane Bucenell-Now a redshirt sophomore, Bucenell will take on a greater role in the offense.

DE Anthony Ellis-Ellis is an edge rusher that every team will have to account for this season. 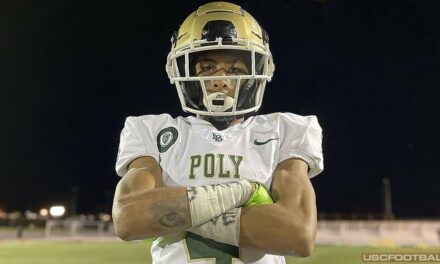