VMI to the SoCon, What of the Big South?

As VMI head basketball coach Duggar Baucom stated at the Roanoke Sports Club, the Keydets are all but gone to the Southern Conference. While Liberty wanders in the wilderness waiting for an FBS invitation, the Flames are still in the Big South. With VMI’s departure coming on the heels of Stony Brook’s jump to the CAA, where does this leave the Big South?

In order to keep the auto-bid to the FCS playoffs the Big South currently has, the conference must maintain a minimum of 6 football playing teams. In 2013, the conference will have exactly 6 (Liberty, Coastal Carolina, Gardner-Webb, VMI, Presbyterian, and Charleston Southern). The conference did announce earlier this year the addition of Monmouth for the 2014 football season. Now with VMI set to be in the SoCon for the 2014 season, the Big South is back at 6.

With both Liberty and Coastal having a wandering eye, it seems it’s just a matter of time before that number falls below 6. Who else can be added? Not much other than start-ups and Division II programs like Kennesaw State and West Georgia. Not too exciting.

For our sake, let’s hope Liberty’s out of the Big South prior to its demise. 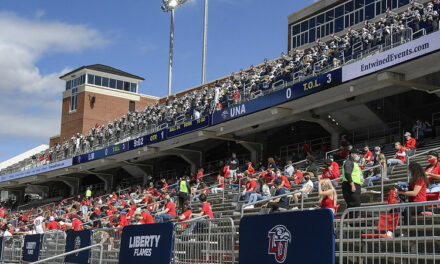 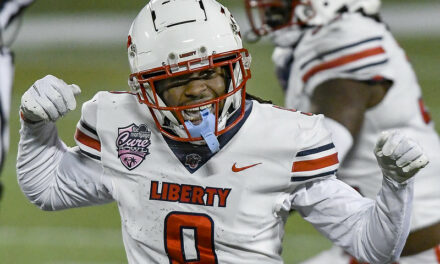