In today’s shoot around we feature junior forward Tomasz Gielo. All of Tomasz’s production levels increased in his sophomore season, but his efficiency levels dropped from his freshman year. This is to be expected to some degree as individuals get more playing time.

The 6’9″ Poland native is Liberty’s 3rd leading scorer among all returners as he averaged 7.3 points per game last season. Gielo also averaged 4.5 rebounds in 23.3 minutes played per game after missing the first 6 games due to injury. These numbers are all up from his freshman campaign when he averaged 15.3 minutes, 3.4 points, and 2.0 rebounds per game. Gielo has always been regarded as an offensively skilled big man who needed to improve defensively to become an all-league performer. While this is still the case, he made great strides on the defensive side of the ball last year.

One noticeable difference in Geilo’s stats from his first 2 seasons at Liberty, is his decline in field goal shooting percentage. It’s a significant drop too, from nearly 52% as a freshman to just 39% last season as a sophomore. So, why the big dip? Well, according to hoop-math, Gielo shot 89% on his field goal attempts taken at the rim as a freshman. During his sophomore season, this number dropped to 44%. Also, more of his field goal attempts were 3-pointers this past year compared to his freshman season (36% last year compared to 31% as a freshman), and he dropped from 37.5% shooting on his 3-pointers as a freshman to just over 30% last year.

With that said, Tomasz has the ability to be an all-league performer, and I fully expect him to do so, if not this year then during his senior season. If Gielo can have his efficiency levels return to what they were his freshman season all while still increasing his productions, he could be a key ingredient to Liberty’s run at a repeat Big South Conference championship. 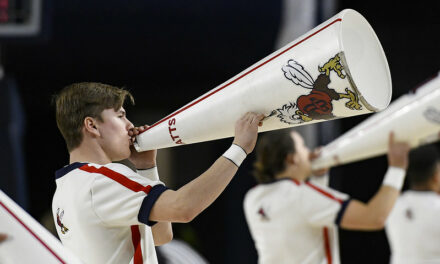 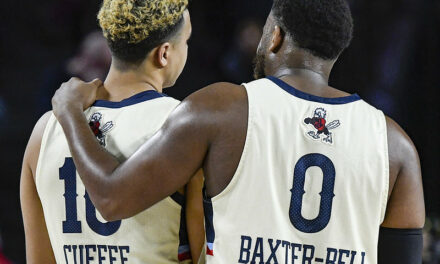 Liberty focusing on maintaining the standard in 2020-21 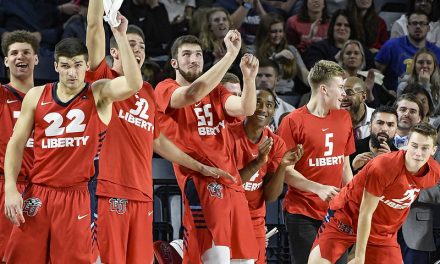 Liberty uses day away from the court to bond, improve