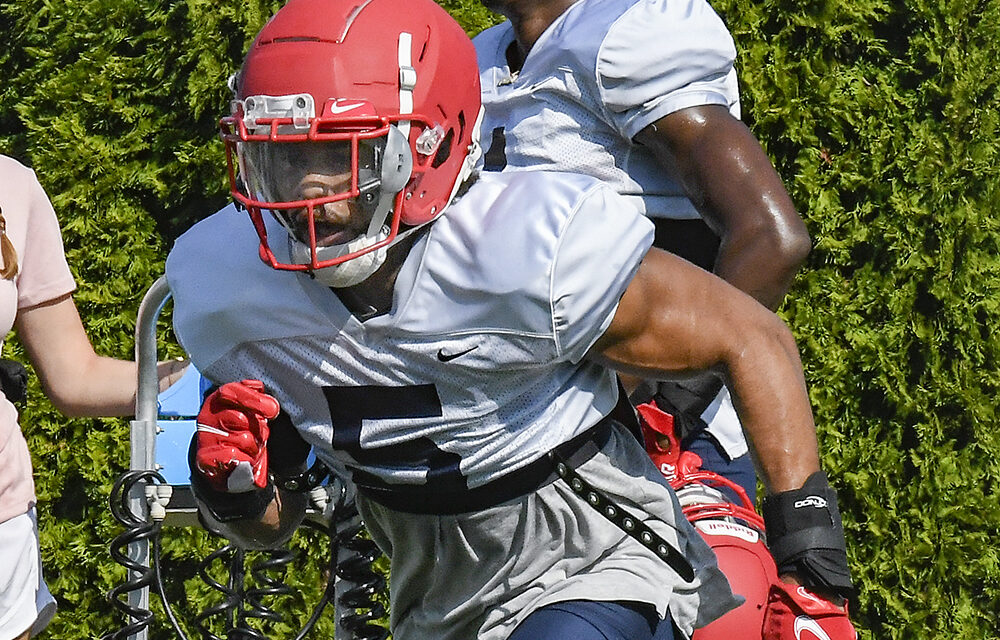 Growing up in California and beginning his collegiate career at Washington State, Skyler Thomas is a west coast kid. So, after spending three seasons in Pullman, Washington, and he decided it was time to transfer Liberty University was not the first name on his list.

In fact, until just a few years ago, he had never heard of the newest member of the FBS which resides in Lynchburg, Virginia. Not until he was watching film in 2019 preparing for the season to begin when the Cougars opened against New Mexico State. Thomas, some of his teammates and coaches, were watching film of NMSU against Liberty. That was the first time he recalls ever hearing of Liberty.

Fast forward a little bit later, after Thomas had put him his name in the transfer portal, Liberty came up again. This time it was his former strength staff, who had taken a new position at Mississippi State, mentioned Liberty as they were friends with the Flames’ head strength coach Dominic Studzinski. When the Flames were recruiting Thomas, his former strength coaches spoke highly of Liberty and its staff.

When signing day in December 2020 rolled around, Thomas made it official and signed with the Flames. The former Washington State starting safety recorded 151 tackles and 6 interceptions in three seasons with Washington State. He has just one season of eligibility remaining, but he is focused on making a big impact on the Liberty defense.

He started 12 games in 2019 with the Cougars and finished second on the team with 72 tackles and led the team with 4 interceptions to go along with 2 TFLs, 2 fumble recoveries, and 3 PBUs. He started 5 games at Nickel and 7 at strong safety. He started 25 of 26 games played over the 2018 and 2019 seasons.

“Real pleased with Skyler,” Liberty head coach Hugh Freeze said. “He loves ball. He loves to work. His motor is 100% all the time. He’s a mature kid. He tackles well. He’s physical. I think he’s a great addition to us. I think he’s going to make us better at that nickel spot for sure.”

Thomas is expected to begin the 2021 season as Liberty’s starter at the hybrid safety/linebacker spot. Alongside Juawan Treadwell, a JUCO transfer that joined the Flames last season, Liberty’s coaching staff thinks this position is one of the strongest on the team.

“I credit the strength staff,” Thomas said of being one of the fastest on the team. “Since I’ve been here, they got me way more explosive, way faster, way stronger. I credit them honestly.”

Not only is he one of the fastest on the team, Thomas is also quickly becoming a leader of the defense. Inserting himself into a group that returns 10 of 11 starters from a team that finished 10-1 and ranked in the top 25 last year is not easy.

“I know (Javon) Scruggs is the official leader of the defense,” Thomas said. “My role is to head how I play, carry myself great, make the plays I’m supposed to make, and just do my job. He’s a vocal leader. He’s a great leader. I’m not trying to take anything from that. That’s his role. I just want to come play ball and help the team the best I can.”

With Thomas and Scruggs anchoring the back line of the defense, the Flames should continue to see improvement from a team that held opponents to just 20.5 points per game in 2020. Thomas thinks this unit has the ability to be one of the best defenses in the country. 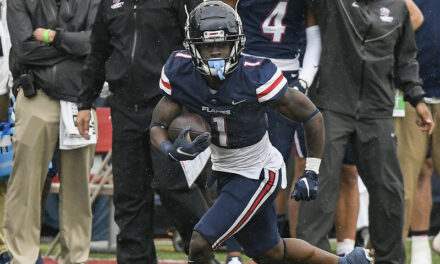