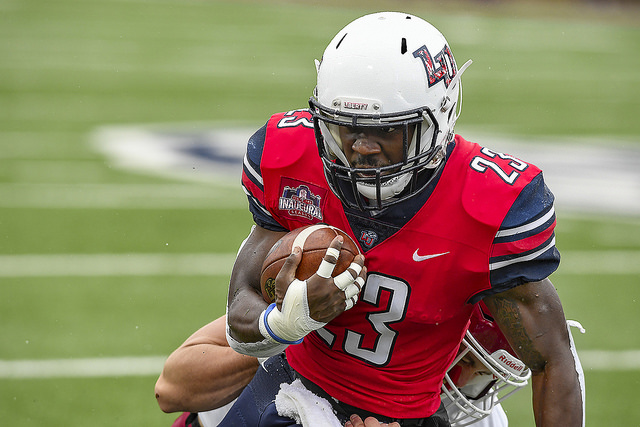 Liberty responds from 3 consecutive losses on the road and gets a bit of revenge from an earlier season loss to New Mexico State by defeating the Aggies 28-21 in a cold, rainy day in Lynchburg.

Ajayi gets a pick-6 – Solomon Ajayi was able to step in front of a Josh Adkins pass and scampered into the end zone from 26 yards out to give Liberty a 17-0 lead in the first quarter.

Aggies respond with a kick return for TD – Just as it seemed like Liberty was about to seize control of the game and run away with it, Jason Huntley returned Alex Probert’s kickoff 85 yards for a touchdown to cut into Liberty’s lead at 17-7. It was the 2nd kick return for a score that the Flames have allowed in the past 3 weeks, and it came following an unsportsmanlike conduct penalty on Buckshot Calvert for coming on to the field to celebrate the Ajayi pick-6.

NMSU unable to convert on 4th and 1 in 2nd quarter – For some reason, the Aggies decided to go for it on 4th and 1 at the Liberty 38 yard line with just 2 minutes left in the first half. The Flames’ defense came up strong, giving the offense a short field. Buckshot and company capitalized and scored just before the halftime break to push the lead to 28-14.

Another 4th down try, another stop – New Mexico State drove to the Liberty 20 yard line with 10 minutes left in the game, still trailing 28-14. They faced a 4th and 5 and again elected to go for it, and Liberty’s defense again got the stop and turnover on downs.

AGG recovers onside kick to clinch the Liberty win – NMSU finally got on the board with the offense’s first and only points of the afternoon with a touchdown to bring the score within 7 at 28-21 with less than 2 minutes to play. Since they had no timeouts, the Aggies were forced to try an onside kick that was recovered by Antonio Gandy-Golden. He was able to leap and snag the ball out of the air, if it went over his head, it could have easily been recovered by NMSU. 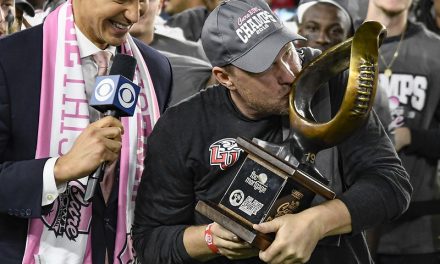 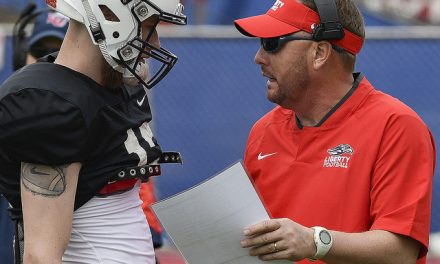 Calvert Poised to Lead Flames in his Senior Season 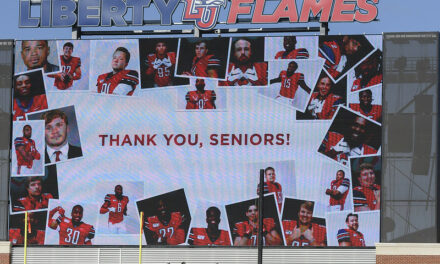 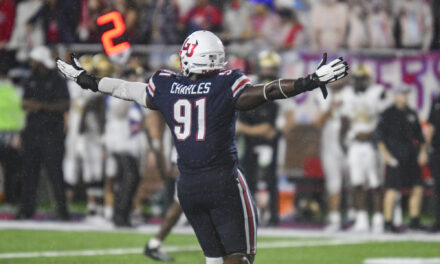