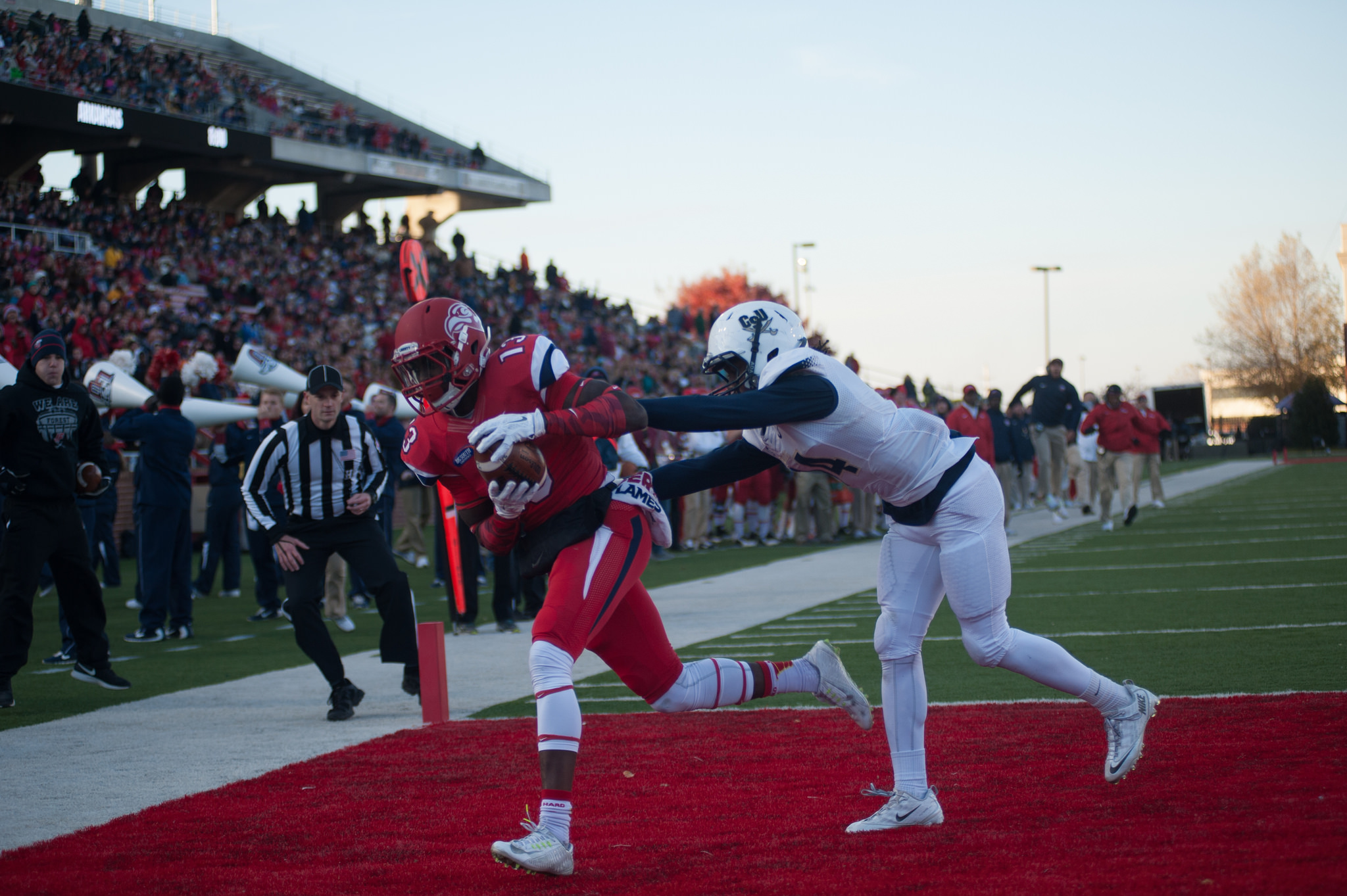 Patiently, football fans have been counting down the days until kickoff and Liberty will see the gridiron this Saturday. Over the past month, we have taken a look at each team the Flames will face during the 2016 season. Each ranking is based upon the strengths and weaknesses along with the level of talent a team possesses, the importance of, and the hype that surrounds the game.

Here are the rankings so far:

Which brings us to our top two teams Liberty will face this season.

Charleston Southern comes in at #2 on our countdown.

Three years ago, Jamey Chadwell became the head football coach at Charleston Southern. He took on a program that had yet to see any bit of sustained success, putting together just four winning seasons since their birth and only one Big South Football Championship. Just in his three years with the organization, Chadwell has put together three winning seasons and added another conference championship. Considering from 2010-2013, the Bucs won a total of eight games, this is a great feat.

The Buccaneers had a well-rounded team last year. Seven starters return to what was arguably the best defense in the conference. While they didn’t have the top scoring defense, they allowed the least amount of yards per game, limiting opposing offenses to 292 yards a game. The strength of the defense lies with the line. Last year, they ranked 2nd in the Big South, only to Liberty, in run defense. But it was their ability to get after the passer that set them apart. They tied with Liberty for the most sacks in the conference with 25. The option CSU boasts ranked 2nd in the conference, only to Kennesaw State, with 215 rushing yards a game. Though they lost QB Aaron Brown, redshirt junior Kyle Copeland seems ready to lead the offense. Copeland will be joined in the backfield by three experienced RBs in Darius Hammond, Mike Holloway, and Ben Robinson. Mix that with their stout offensive line and they will move the ball well.

CSU looks to have a relatively easy path through the Big South considering a number reasons. Since Coach Chadwell’s hire in 2013, they have lost just four conference games. With Coastal Carolina leaving the FCS, the Bucs will meet little resistance during their 2016 Big South campaign. And based on their recent performance at North Dakota State, it appears they are playing at a different level of football than they ever have.

In considering all this, Charleston Southern could very well be a championship contender. If this feature came at a later point in the season, it is very possible this game be higher or lower. All of it depends on the success of both CSU and Liberty. But as the season schedule stands, it is no doubt this is the #2 team the Flames will face, next only to the biggest opponent Liberty has every seen.

This is a home game for Liberty. The last time CSU played in Lynchburg, starting QB Josh Woodrum was sidelined with an injury and Flames Nation got their first taste of Stephon Masha.

RB Darius Hammond-Hammond is poised to be one of the best backs in the Big South this season. 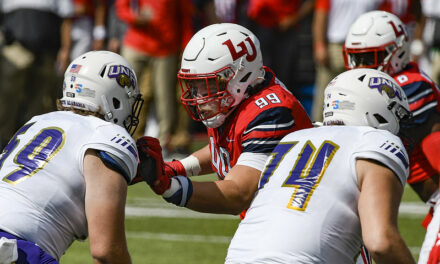