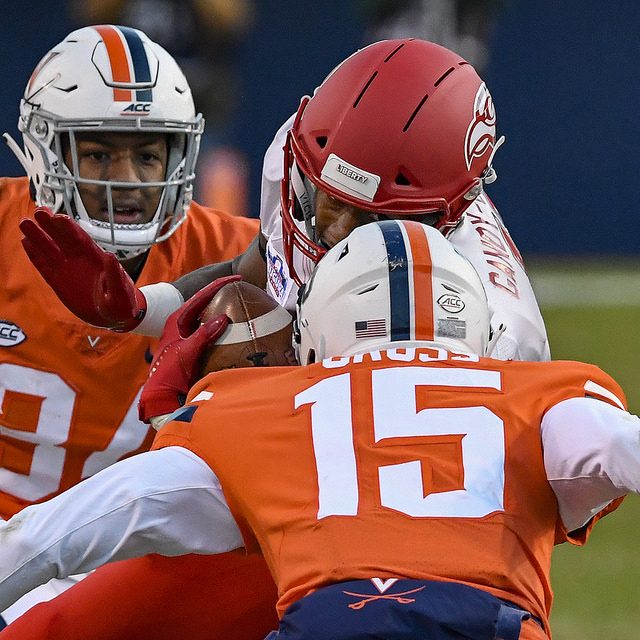 Our Q&A this week is with Brandon Marcello, Editor and Senior Writer, of AuburnUndercover of the 247Sports network:

ASOR: How frustrated is the fan base with the way the 2018 season has played out? How hot is Gus Malzahn’s seat?

Brandon Marcello: The fan base is incredibly frustrated and most have turned against Gus Malzahn heading into his seventh season. Yes, you read that correctly. Barring a drastic, dramatic, soap-opera like turn of events, Gus Malzahn will be the head coach of the Tigers next season. He has the support of the school president and his athletics director. I’m not so sure their support would be so loud and clear, however, if he had not just signed a seven-year, $49 million contract (with $38-plus million guaranteed) just 11 months ago.

Simply put, Malzahn’s seat is hot from the fans’ view but in reality it’s lukewarm.

ASOR: How has Malzahn typically treated this late November non-conference game before the Iron Bowl? Do the starters play deep into the game? Does he hold players out that would normally play in a conference game?

BM: He’ll hold out any player that is even remotely injured or needs an additional week of healing before the Iron Bowl. He treats this game as a warmup and time to heal before the most important game of the season. You’ll see the starters in the game until the Tigers are ahead by four touchdowns or so (if that happens). I’m not sure I can correctly predict anything involving this team when it comes to competition they’re “supposed to” dominate.

ASOR: Who are some players Liberty fans should watch out for on the offensive side of the ball?

BM: Well, it all starts with quarterback Jarrett Stidham. he’s struggling this season after his first season on the Plains. His percentages look nice but that’s because he’s been throwing more high-percentage throws in recent weeks to get the ball out quickly because of the Tigers’ weak offensive line. If he’s healthy, running back JaTarvious Whitlow is a hard runner and the Tigers’ lead ‘back. Freshman receivers Anthony Schwartz and Seth Williams are dynamic in their own ways and have provided a spark in the last half of the season. Schwartz has world-class speed (he finished second in the Under-20 world games in the 100-meter dash) and is crazy good on jet sweeps. Williams is Auburn’s best option in the middle of the field and in the red zone because of his athleticism and height.

Ryan Davis is the best receiver on the team because of his consistency but is mostly a screen receiver. He owns the school records for catches in a career and catches in a season.

ASOR: The defense has struggled recently, allowing over 300 rushing yards to Georgia last week, what are some of the areas that must be shored up? Is this more of a personnel or coaching issue?

BM: I believe the defense is tired. The Tigers are dead last in the country in time of possession against conference opponents. Too often the coaches have asked the defense to carry the team to victories, and at some point it was going to break their backs. I believed that happened a month ago at Mississippi State. The Tigers have since allowed 200 rushing yards in three of the last five games, including two 300-yard rushing performances by teams. Auburn’s technique is sloppy, the Tigers are missing more tackles and third-down conversions (especially third-and-long) have become an issue in recent weeks.

ASOR: For those Liberty fans making the trip, what are some of must see’s during an Auburn home football weekend? Must visit restaurants?

BM: You have to visit Toomer’s Corner at the corner of Magnolia Avenue and College Street. Go stop by Toomer’s Drug Store for a lemonade (I recommend the vanilla lemonade) and feel free to walk around campus. My favorite restaurants are all in the downtown area. Check out The Hound for fantastic meals (they’re all about bacon and bourbon), The Depot for a nice environment and even better meals and if you’re out late Friday or Saturday night having a few drinks, go check out Little Italy for a nice New York slice of pizza to soak up the alcohol.

Be sure to follow Brandon and AuburnUndercover this week to help get you ready for this weekend’s game! 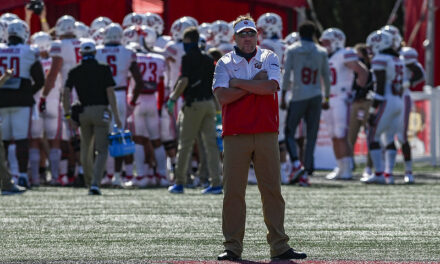 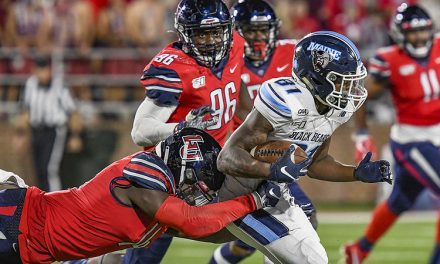 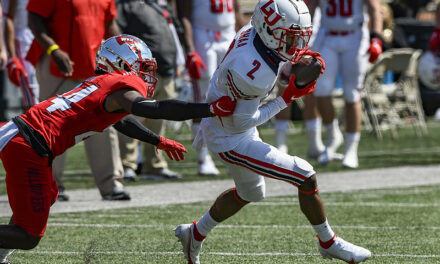