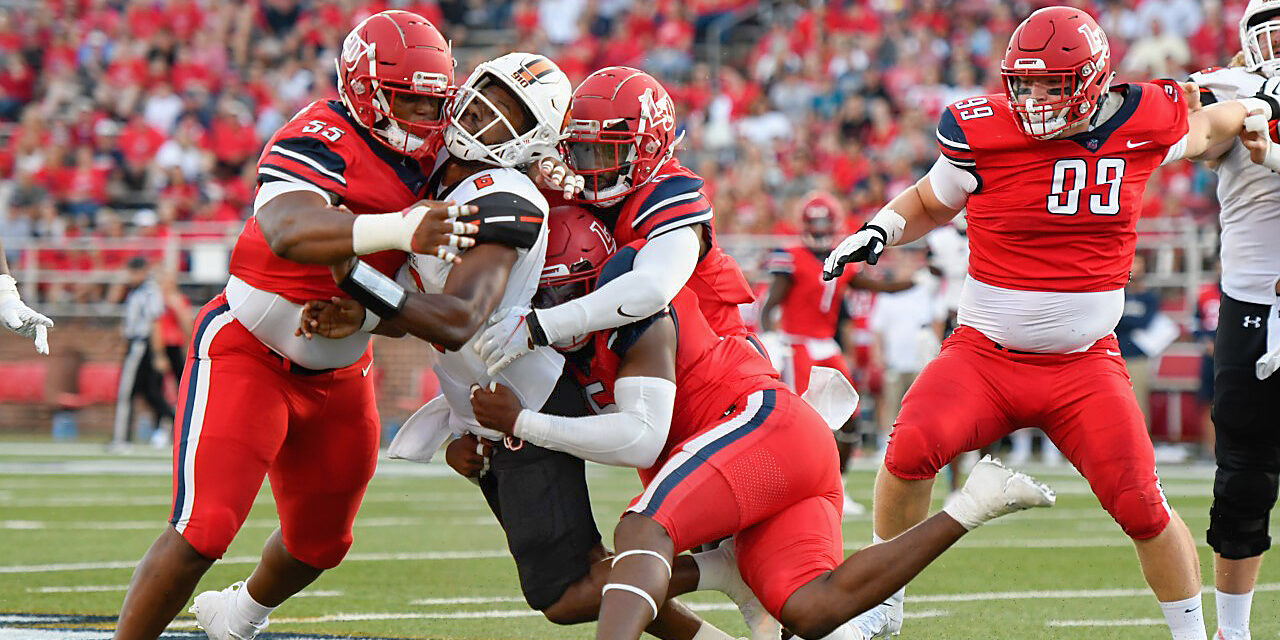 Following Liberty’s win over Campbell, 48-7, Saturday night at Williams Stadium in Lynchburg, Virginia, the Flames have now set a new school record for most consecutive home wins with 12. It’s a streak that dates back to August 31, 2019 when Liberty lost to Syracuse, 24-0, in Hugh Freeze’s coaching debut with the Flames.

The previous record of 11 straight home wins was set Nov. 4, 2006 through Oct. 11, 2008. Liberty is now 19-6 overall under Coach Freeze which is the best mark in program history for a head coach through 25 games. The Flames are now 33-15-1 all-time in home openers and 14-3 in season openers played at Williams Stadium.

Liberty struggled in its kicking game in the season opener against the Camels. Alex Barbir made 6 of his 7 extra point attempts and missed his only field goal attempt from 41 yards. Barbir obviously has the ability to make all of the kicks, as he showed last season by making 13 of 20 field goals with a long of 54. Of course, he also hit game winning field goals against Virginia Tech and Coastal Carolina.

“You still got to come away with three points and if you do, you’re up three scores and your momentum continues,” said Liberty head coach Hugh Freeze. “We didn’t execute well at all in our field goal unit team for two times. Those are points that keep the momentum.”

A FEW INJURIES IN THE GAME FOR THE FLAMES

Liberty didn’t get out of the game unscathed as offensive lineman Damian Bounds, corner back Marcus Haskins, running back TJ Green, and offensive lineman Bryce Mathews all suffered injuries. The extent of those injuries at this point remains unclear.

Bounds, who started at left guard, played the first possession of the game but did not return as he suffered a high ankle sprain. Haskins had a hamstring injury and Mathews injured his knee. Green “had a little ding” on his shoulder on his last carry, according to Freeze.

“We’ve got to create some depth,” Freeze said of his freshmen. “The tough thing is trying to manage what’s best for the kid and for us long term. With the four-game redshirt rule, that’s something that will have to start entering into our thoughts. I’m sure we may be forced into doing it regardless because of injuries. We have to monitor and manage that.” 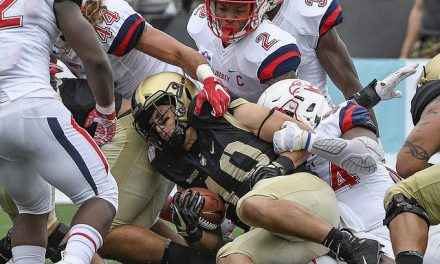 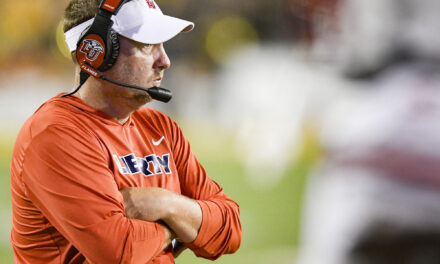