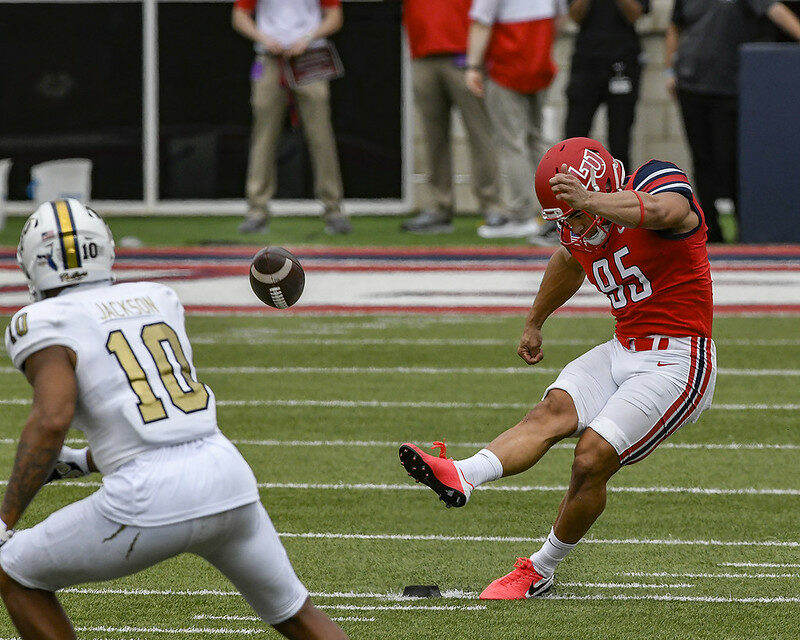 If you only look at the final stats before looking at the final score, you would think Liberty would have won by multiple scores. Liberty won all the major statistical categories – total yards: 427-304; first downs: 31-16; time of possession; penalties. So, why was it a two point game? The biggest reason was Liberty’s lack of execution in the red zone.

Liberty made the red zone eight times and converted those into scoring opportunities six times. That doesn’t tell the full story though.

Of those eight red zone trips, six of them reached inside the 10 yard line. If Liberty scored a touchdown on each of those possessions, that’s a total of 42 points. Instead, the Flames had to settle for just 22 points on those opportunities. That’s the difference in a two point game and Liberty winning by multiple scores.

Two of the six trips inside the 10 resulted in touchdown runs by Peytton Pickett and Joshua Mack, respectively. The other four possessions resulted in field goal tires, three of which were successful.

“Red zone offense was not good and that goes to me,” Liberty head coach Hugh Freeze said. “They do some good things, and they’re very athletic. They force you to run into unblocked hat a lot. I’d like to have some different calls that I should have made differently in the red zone. I think we could have put the game away. From the 10 to the 10, I thought we had a really good plan. Outside of that, it obviously was not real good in the red zone.”

Last week at Western Kentucky, one of Liberty’s strengths was kickoff coverage. The Hilltoppers averaged just 14.6 yards per kick return on 5 tries. That wasn’t the case Saturday against FIU.

Lexington Joseph took the opening kickoff of the game back 100 yards for a touchdown to set the tone. It was the start of a very good day for Joseph who averaged 42.5 yards per return on his six opportunities. He had another big one ofr 65 yards, bringing it to the Liberty 33 yard line, with just over 6 minutes left in the game and the Panthers trailing by 8. Four plays later, FIU scored a touchdown to bring the score within two.

“It was very disappointing,” Freeze said about the special teams play. “They hired a new special teams coordinator from a DIII school, and we had very little idea what they were going to do. That’s no excuse. We got to fit it up and make adjustments and we just didn’t. We didn’t cover well. We didn’t punt the ball well. We missed a field goal that, obviously, would have been big. I did think (Barbir) started to get more comfortable after he missed that one and was swinging more freely at it. We didn’t play well on special teams, and we’ve got to get that corrected.”

As you know by now, Willis left the game late in the 4th quarter with an injury to his left arm. He was grabbing at his elbow and immediately went into the medical tent on the Flames’ sideline. When he emerged from the tent, his left arm was in a sling and had ice on it.

There wasn’t an immediate update as to the status of his injury, as Freeze simply said he needed to wait and talk to the doctors.

Willis has taken to social media since the end of the game, saying he’s “good.” Hopefully we will have a more specific update from Freeze’s press conference on Monday.

“I just saw him walking off with the trainer,” backup QB Chris Ferguson said about Malik following the game. “My first instinct was just to check on him and make sure he was ok, make sure everything was ok. We’ve put a lot of work in together since I got here. Over the summer, we spent a lot of time together, me, him, (Johnathan Bennett), the other quarterbacks. We’re a pretty tight knit group. We take care of each other. We really do all love each other.”

Ferguson come into the game in relief of Willis. He completed 1 of his 2 passes, helping Liberty pick up one first down as the Flames attempted to run the clock out.

“I haven’t got to see him yet,” Ferguson said as he looked for Willis after the game. “I was looking for his family after the game just to tell them I will be praying for him whatever the case is. I’m not sure yet, but I wanted to see his parents. I couldn’t find them. They’re probably with him. I’m going to send him a text right after this and just let him know we’re praying and whatever the case is we’re there for him.” 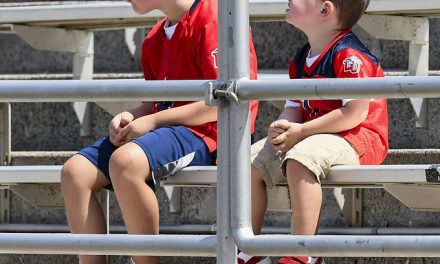