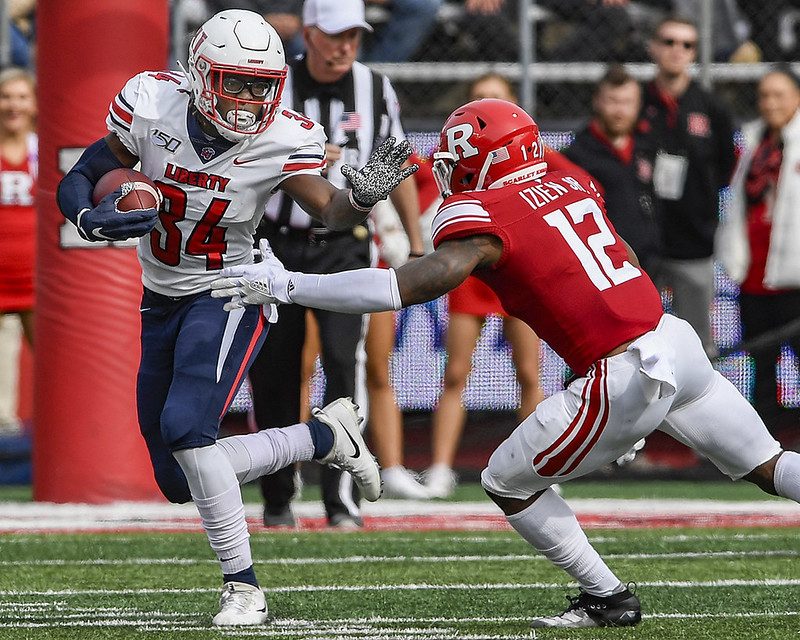 We have concluded our position previews of Liberty’s defense, having already discussed the defensive line, linebackers, cornerbacks, and safeties, as well as a look at the special teams under special teams coordinator Tanner Burns. Be sure to go back and read those if you have not.

Today, we turn our attention to Liberty’s offense, which we will conclude by the end of the week, beginning with the running backs.

As is the case with the entire offensive side of the ball, the running backs must figure out a way to replace the production Frankie Hickson provided when he rushed for over 1,000 yards in each of the past two seasons on his way to become the school’s all-time leader in all-purpose yardage.

Despite his loss, Coach Freeze has repeatedly singled out the running backs as being the best and deepest position group on the team.

It helps to have a back with the pedigree of J-Mack as the Flames move forward in life after Hickson. Mack, who led all of FCS in rushing in 2017 at Maine before transferring to Liberty, had a very productive season last year in his first season on the field. After suffering a lost fumble inside the 5 in the season opener against Syracuse, Mack was able to bounce back and have a terrific season rotating with Hickson most of the year. This year, Mack will be counted on to lead the way.

Running backs coach Bruce Johnson – “Mack is a good lane runner, and he has some good vision. He brings some game-breaking ability, as well.”

Pickett was a huge member of the running backs room in 2018 finishing second in rushing with 457 yards and adding 9 touchdowns. Last season, once Mack found his footing, Pickett was moved to 3rd in the pecking order at running back. This season, he will have the first opportunity to be Mack’s primary back-up.

Running backs coach Bruce Johnson – “The message to Peytton from day one has been, ‘You’re going to get the opportunity to go in.’ We do a series thing, so one guy goes a series and then the next guy goes in. So that role, like we did with the two backs last year, is going to be similar this year. Mack will start it out, then Pickett will come in. If Pickett gets hot, he will stay in. Vice-Versa if Mack gets hot, he goes two series then Pickett will come in. That’s the plan.”

Henderson got his first crack at playing time on the field last season and he showed some flashes of his potential. As he moves up the depth chart this year, he will have more opportunities to showcase his talent.

Running backs coach Bruce Johnson – “He’s gotten faster. He’s got a little thicker, he’s toner. You see the mass on his body, it’s changed drastically. Troy, he looks explosive. He’s catching the ball in the backfield, he’s getting up field, having some really good one-cut, even between the tackles on our inside zone or some of our middle zone. He’s doing a really good job getting his read where his target is and seeing those guys move one way or the other and making some really solid cuts and getting his shoulders down.”

We talked about Louis extensively in our special teams preview as he’s the team primary kick returner and will also get a crack at punt returns this season. After spending his true freshman season at wide receiver, Louis has moved to running back where he figures to have an opportunity to get his hands on the ball to showcase his game-breaking ability.

Running backs coach Bruce Johnson – “Dynamic. He’s explosive. That little guy is a compact muscle machine. He’s super explosive. He brings an ability for us to change the pace of the game, just like Troy, you get a guy who can catch the ball out of the backfield. You get a guy spread out and do some things, bring him back in, same things we did with Frankie and J-Mack last year. It gives us a dynamic backfield with having Shedro and having Troy and those guys being speed guys.”

Boyd went back and forth last season from corner and running back, now he settles in at running back. It’s unlikely he will get a lot of opportunities this year, but with two of the four running backs ahead of him being a senior, his opportunities will come.

Running backs coach Bruce Johnson – “Dom has done a heck of a job getting his mechanics right. Last year, getting here and see him run and giving him the opportunity to be a part of the depth chart and add something to it, his mechanics were all over the place. Dom has done a heck of a job getting him slimmed down. Some of his mechanics with his arms, watching him run the ball, it’s 10 times better than what it was before. I think it’s going to help him adding depth to the depth chart. One thing that’s going to help him too is finding a way to get on the bus and playing on special teams, but he does have a bright future.” 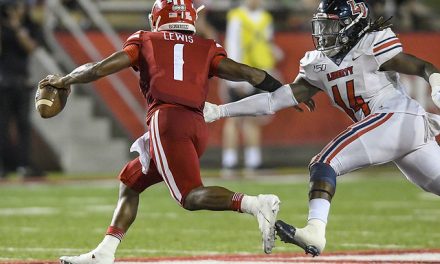 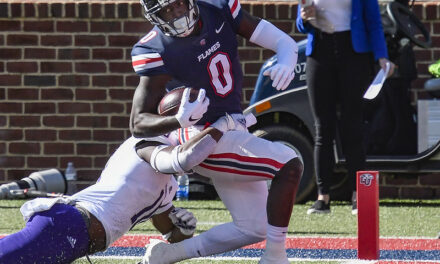 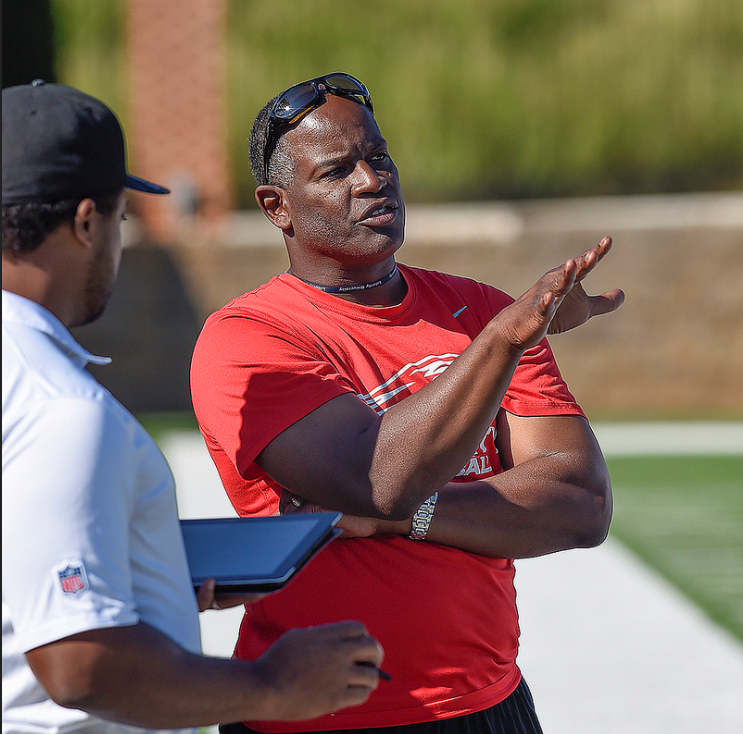 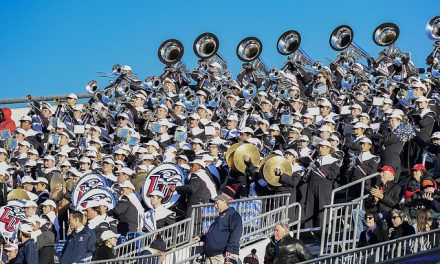