Southern Miss is led by redshirt senior Jack Abraham. Abraham, a transfer from Northwest Mississippi Community College, tossed for 3,496 yards, 19 touchdowns, and 15 interceptions in 2019. Abraham, who is more comfortable in the pocket than he is in open space, has a go-to target in senior Tim Jones. Jones was second on the team last season with 902 receiving yards. The next closest receiver was rising junior Jaylond Adams with 492 yards. Adams will be asked to step up in the absence of 1,000-yard receiver Quez Watkins, who was drafted by the Philadelphia Eagles.

New offensive coordinator Matt Kubik marshalled ULM’s offense to consecutive top-50 rankings in the past two years. While Kubik has the luxury of a veteran quarterback and a talented receiving corps, Kubik’s tallest task will be rebuilding Southern Mississippi’s running game. The Golden Eagles rushed for just over 1,500 yards as a team last season.

In 2019, Southern Miss. finished #37 in the country in total defense. The unit that surrendered around 350 yards per game returns a number of impact players, including linebackers Swayze Bozeman and Santrell Latham, Shannon Showers at safety, and DB Rachaun Mitchell. The Eagles added a number of JUCO transfers to bolster the secondary’s overall depth. I don’t anticipate Southern Mississippi’s defense taking much of a step back in 2020, if any.

Southern Mississippi and Liberty are two evenly matched teams. I expect a good game, but home field advantage will give the Flames an edge. 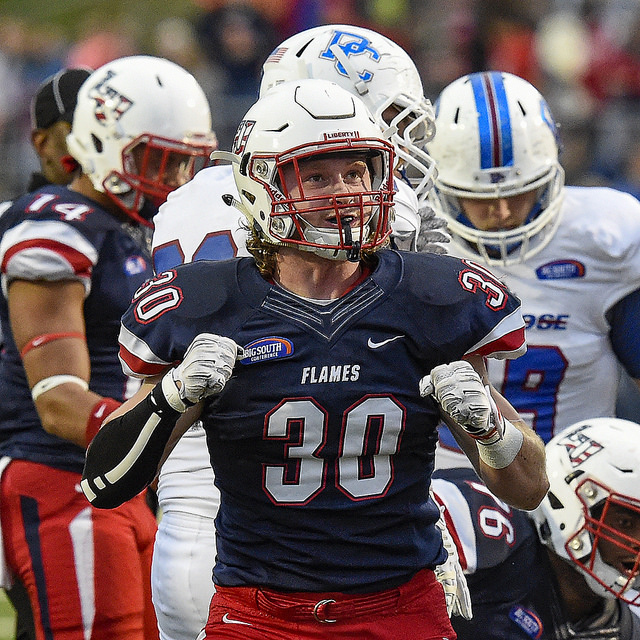