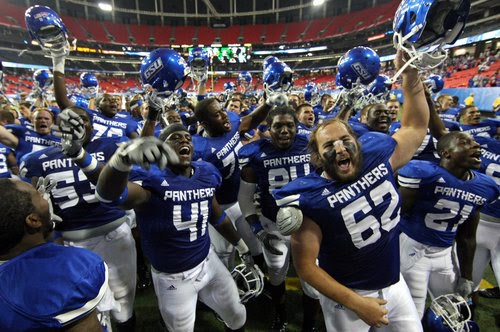 Liberty will face Georgia State in 2015 in Atlanta

Running back verbal commit
The Flames have picked up a commitment from running back Buddy Edwards. Edwards is a 6’1″, 230 lb. back from Lake Butler, Florida. Turner Gill & staff now have 6 known commitments for the class of 2014 as we move closesr to signing day on February 5, 2014.

Liberty to face Georgia State
It was announced late last week that the Flames will meet Georgia State on the gridiron in 2015. Georgia State started their football program in 2010. The Panthers are 10-35 in their 4 seasons, and have just completed a transition from the FCS’ CAA conference to the Sun Belt. The Panthers were 0-12 in 2013. 2014 will be GSU’s first season as a full FBS and Sun Belt member. Georgia State presently plays their games in the Georgia Dome in Atlanta. The game is scheduled for October 3, 2015, and Liberty now has 2 scheduled FBS games for 2015 in West Virginia and GSU. The Flames also face 2 FBS teams in 2014 in North Carolina and Appalachian State.

Seth Curry signs with Memphis Grizzlies
Former Flame and Duke Blue Devil was signed to a free agent contract with the Memphis Grizzlies. Curry worked out with his brother’s Golden State Warriors club this Summer before being cut prior to the season.

Voting for #FlamesNationPOY continues
The 3 finalists for Flames Nation Player of the Year are Natalie Barr (field hockey), Jacob Hagen (football), and Trey Wimmer (baseball). Voting started on December 21st and will continue through December 31st so be sure to get your vote in. You can vote up to 4 times as explained in the linked post above. 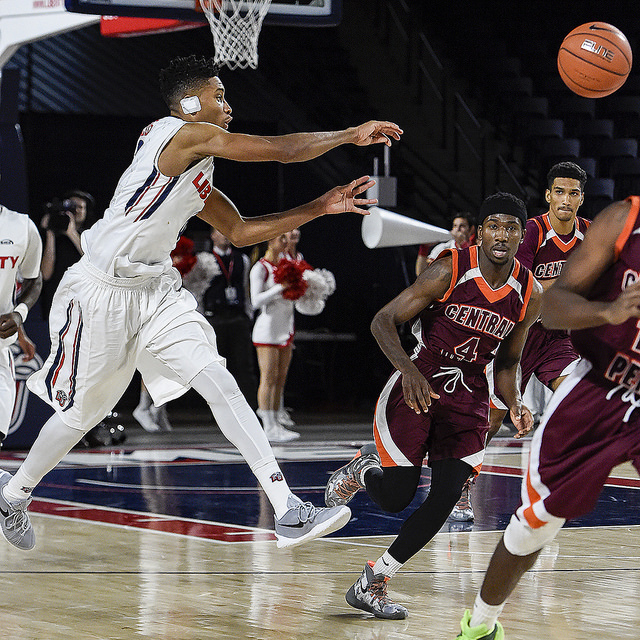 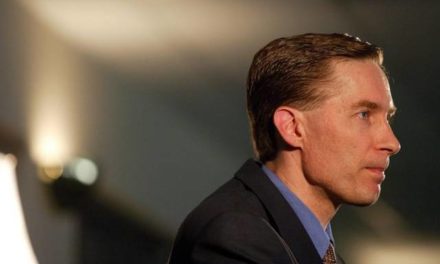 The Heat: Maybe McCaw IS the man for the job