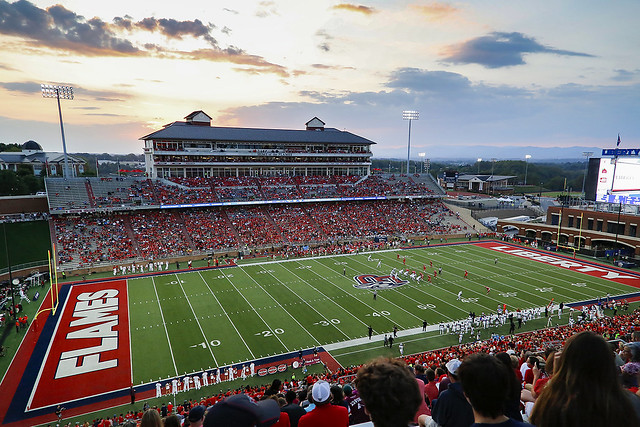 The Liberty Flames (2-2) look to extend its winning streak to three games for the first time as an FBS member when the New Mexico Lobos (2-1) invade Lynchburg.

New Mexico sandwiched a pair of wins against Sam Houston State and New Mexico State around a loss to the Fighting Irish of Notre Dame to open the season. The Flames and Lobos are meeting for the second straight season with Liberty winning the matchup last year in Albuquerque, 52-43, after racing out to a 42-10 halftime lead.

UNM head coach Bob Davie will make his return to the sidelines this weekend for the first time since their season opener against Sam Houston State. He has been absent from coaching the team for the past three weeks since having a “serious medical incident” that left him hospitalized following their week one win. Davie now says he is 100%.

“I have great respect for Bob Davie,” Hugh Freeze said. “He’s been in the business a long time. He knows what he’s doing. I think his return will probably bring an extra excitement from their kids. It’s going to be a great task, they are very, very difficult to defend.”

Scoring could come in bunches on Saturday, after the two teams combined for 95 points and 1,148 yards of offense in their meeting a year ago. Last week, Liberty (62 points) and New Mexico (55) both lit up the scoreboard in victory.

The Lobos offense is led by former Liberty offensive coordinator Joe Dailey, who now calls Albuquerque home. Quarterback Tevaka Tuioti, who played in the first half of last year’s shootout with the Flames, is managing an offense that put 55 points and 598 yards of offense just last week. Tuioti was 16-of-28 passing for 355 yards, 3 touchdowns, and 1 interception while rushing for another 59 yards.

“Since he took over in the Notre Dame game, they have skyrocketed offensively,” Freeze said of Tuioti. “The numbers they put up from the 2nd half of the Notre Dame game with him through this past game is pretty staggering. He presents a problem both throwing and running. It starts with their quarterback.” 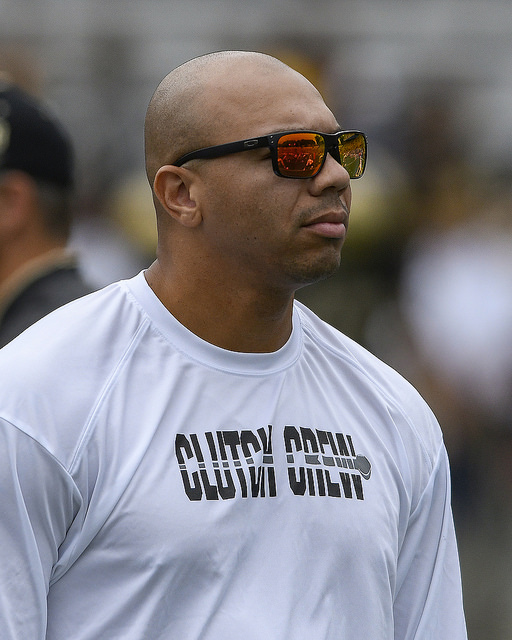 The Lobos have had 14 different receivers catch a pass through three games this season, led by Jordan Kress who has 4 receptions for 169 yards and 2 touchdowns. Aaron Molina and Marcus Williams each have 119 receiving yards while Elijah Lilly leads the team with 7 receptions.

Ahmari Davis leads New Mexico with 262 rushing yards and 4 touchdowns on 53 carries. Bryson Carroll is averaging 7.1 yards per carry on his 15 rushes.

“Their offense, it’s good, it’s well planned out,” Freeze continued. “It has answers. They throw RPOs, quarterback is a dual-threat. What (Dailey’s) doing has answers. I like watching teams and saying they don’t have an answer if you do this. I can’t say that this week. They have answers.”

On defense, UNM has attempted to remake their unit through the Junior College ranks. Their depth chart features 19 JUCO transfers, most of whom are in their first year in the program. Under first year defensive coordinator Jordan Peterson, the Lobos mix up their defensive looks even week to week, keeping opposing offense’s guessing as to the New Mexico defensive look. Peterson took the helm after being promoted during the off-season, having been the team’s safeties coach the prior two years.

“They do some different stuff,” said Freeze. “They do some strange stuff. To me, its kind of awkward to prepare for some of the things I’ve seen on tape. I’m kind of struggling with how much time do I spend on some of the stranger things. It’s different from week to week. It’s a challenge. We will have to figure some of that out. I like going into the game with the first drive in my mind knowing exactly what I want to do. This one will be a little more difficult, simply because it’s almost like they have had a different flavor each week.”

The Lobos are led defensively by Mike linebacker Alex Hart. He has 21 tackles, 2.5 TFLs, and 1.5 sacks through the first three games, all team highs. Hart missed the final 9 games of 2018, including the Liberty game, after suffering a torn ACL early in the season. 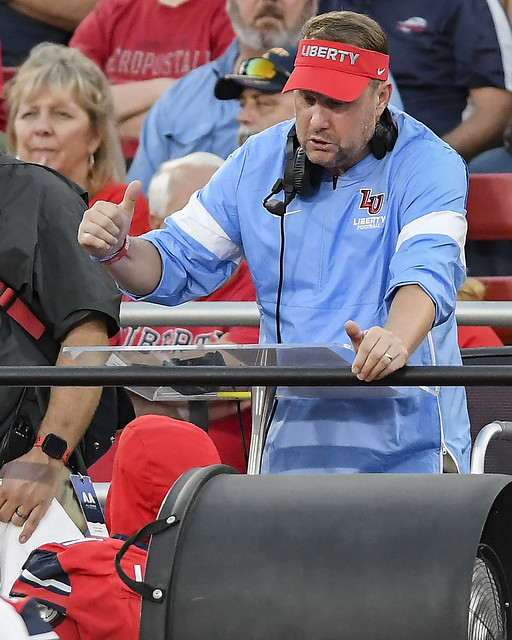 “You’re playing against a lot of transfers you don’t know a lot about, a system that is new” Freeze said. “It’s kind of a mixed bag of what you get. We will have to do some figuring out. They really did a great job against Notre Dame for a quarter and a half. I watched that first quarter and a half, it had my full attention because of the way they were running to the football and the different variety of looks you were getting.”

Freeze on the game – “This is a game where I think we need to average between 4 and 5 yards per carry on dirty run types when we have to.”

Freeze on one of his toughest jobs – “When you collect a group of 115 in a room, trust me, everybody responds different. I think the toughest job of a coach is to get those 115 pointed in the same direction, as many as possible. That is frustrating and it’s something I have to pray for patience about and hopefully to lead by example as much as I can.”

Antonio Gandy-Golden on former OC Joe Dailey – “I feel like I’m going to know what’s coming. If there’s somebody making plays, he’s going to feed them the ball. He’s definitely going to try to take his shots.”

The Flames will conclude its 3-game homestand a perfect 3-0 in a very entertaining game that should see plenty of fireworks from both teams. 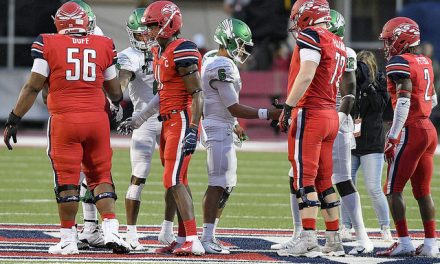