We are entering the summer doldrums, and in between our trips to the beach and the pool, there’s not much going on in the world of college athletics. With that said, I always like to play offseason coach, forecasting what the 2016-17 men’s basketball rotation might look like.

Even with only 1 senior (Anthony Fields) on last year’s roster, Coach McKay had a lot of roster turnover. The Flames return 7 from the 2015-16 team and will have 8 new faces. So, what should we expect the starting lineup and rotation to look like when the season tips off in November? I’m glad you asked…

Liberty returns 118 starts from last year, a stark contrast from the lack of experience McKay faced a season ago. Marquette transfer John Dawson started all 21 games he played in after having to sit out the fall semester due to NCAA transfer rules. Cabbil started 31 of Liberty’s 32 games with the only game he didn’t start coming on senior day when Anthony Fields got the nod. Unless one of the true freshman point guards (Xzavier Barmore and Pacheco-Ortiz) force McKay to bench Cabbil, the duo of Dawson and Cabbil will make up the Flames’ starting backcourt next season.

As we move to the frontcourt, Ryan Kemrite and Caleb Homesley started a combined 48 games in 2015-16 including each of the final 17 contests. Kemrite led the Flames in 3-point percentage as he connected on over 40% of his 140 treys. He also provides some intangibles with solid defense, rebounding, and leadership on the court. Homesley has the potential to be an All-Big South performer as his career continues to develop. He scored in double figures in 8 of the final 18 games including a career-high 22 points in the regular season finale.

It gets a little bit more dicey when trying to determine the 5th and final starter, and a lot of it may depend on how big McKay wants to go. He could go to a smaller lineup featuring either A.C. Reid or true freshman Brock Gardner or play one of the Talbert brothers in the middle for a more traditional lineup. For argument’s sake, we’ll go with Ezra Talbert as the 5th starter with either his brother, Josiah, or Gardner pushing for starter minutes as the season progresses.

If A.C. Reid doesn’t start, he will undoubtedly be one of the first off the bench. With his skillset, it makes perfect sense for A.C. to come off the bench. He has the ability to get hot and score 17 points in a half. Reid scored 20 points on 2 separate occasions last season and reached double figures 10 times including 6 of the final 8 games.

Without seeing Brock Gardner play in person, it sounds like he will be ready to contribute immediately. At 6’7” and the skillset of a guard, Gardner provides the Flames with flexibility. He could play anywhere on the front line from the 3 to the 5.

With so many new faces, and the fact that only the conference portion of the schedule really matters, its likely Coach McKay will give most, if not all, of the newcomers a look before he decides on a final rotation when the calendar shifts to Big South play. In addition to the 7 listed above, McKay will be looking for at least 1 or 2 more to add to his rotation for the stretch run.

It makes sense that one of the incoming point guards will break into the rotation to relieve Cabbil and keep Dawson off the ball. Xzavier Barmore is the more decorated offensive player while Jorge Pacheco-Ortiz looks to be more polished on the defensive end.

Josiah Talbert and Myo Baxter-Bell will be battling for a spot in the rotation in the frontcourt. At 6’9” and 210 pounds, the younger Talbert is already bigger than any of the returning players. He also has the ability to stretch defenses with his 3-point range, but he appears to be more of a paint presence than his older brother. Baxter-Bell provides a different type of post presence. He’s undersized at just 6’5”, but he weighs 255 pounds.

This roster provides Coach McKay with several options and some flexibility. If a couple of the new faces are able to contribute, Liberty should have much more depth than they did a season ago. 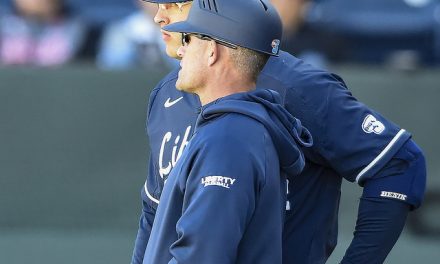 What You Need to Know: Gardner-Webb 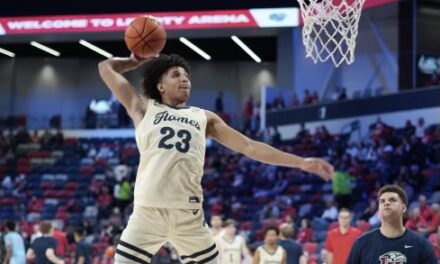