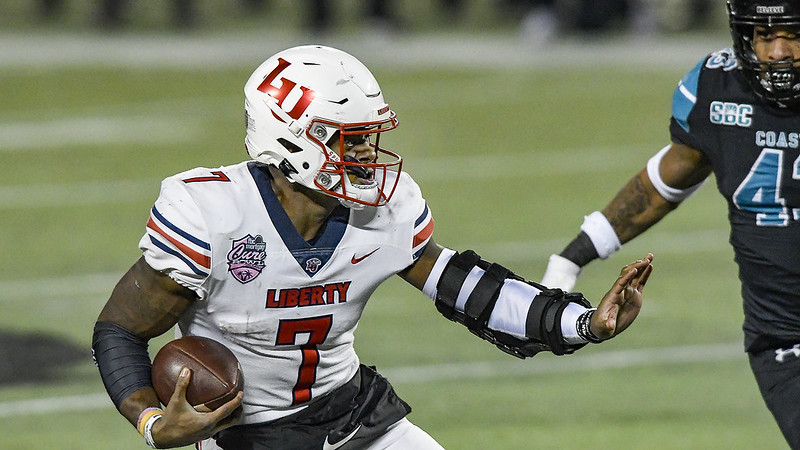 As part of the annual award winners announced by the Touchdown Club of Richmond, Willis was also named the Offensive Back of the Year and Demario Douglas was named the Specialist of the Year.

Willis was previously named a finalist for the Dudley Award following his sensational 2020 season with the Flames. Willis was one of three finalists for the award joining Virginia Tech running back Khalil Herbert and VMI quarterback Reece Udinski.

The Dudley Award, named after former Virginia running back Bill Dudley, is presented annually by the Richmond Times-Dispatch to honor the top NCAA football player in the Commonwealth of Virginia. It has resided in the Charlottesville the past three seasons after Virginia’s Micah Kiser won the award in 2017 and Bryce Perkins won it in both 2018 and 2019.

The award is traditionally given out in December; however, this year, a number of Virginia colleges are playing spring football seasons, leading to the decision to delay voting on the award until April when all teams have had the opportunity to compete.

QB Malik Willis led Liberty to a 10-1 record in the shortened season, ending the year with a dramatic bowl victory over Coastal Carolina. Willis had 20 passing touchdowns and 13 rushing touchdowns this year as he now holds the Liberty school records for touchdowns in a season (33) and rushing yards in a season by a quarterback (855). He finished with 2,260 passing yards while completing 64.2% of his passes with a passer rating of 156.2.

Douglas, a 2020 FWAA Freshman All-America team selection as a punt returner, finished the 2020 season ranked No. 9 in the country in punt return average with 11.1 yards per return. The Jacksonville, Florida native finished the year with 15 punt returns for 166 yards, including a 73-yard return for a touchdown against Louisiana-Monroe on Oct. 10. Additionally, he ranked second on Liberty’s roster with 32 receptions for 363 yards and three touchdowns.

Willis and Douglas helped lead Liberty to a pair of wins over ACC foes in Syracuse and in-state opponent Virginia Tech. The two wins made Liberty the first non-Power 5 team to post a pair of wins over ACC schools in the same season since Houston in 2015. Liberty finished the 2020 campaign ranked No. 17 in the Associated Press poll and No. 18 in the Amway Coaches Poll, the highest ever ranking for the Flames as an FBS program. 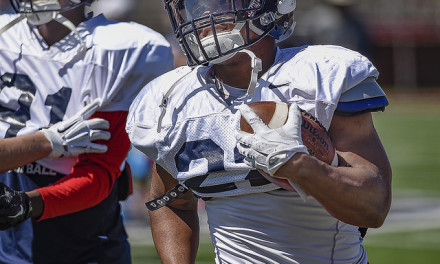 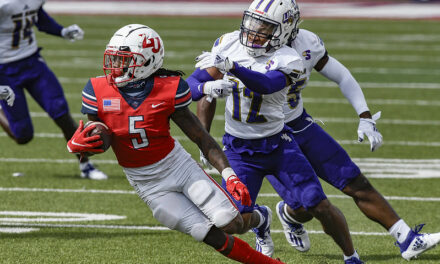 How to Watch or Listen to Liberty vs ULM