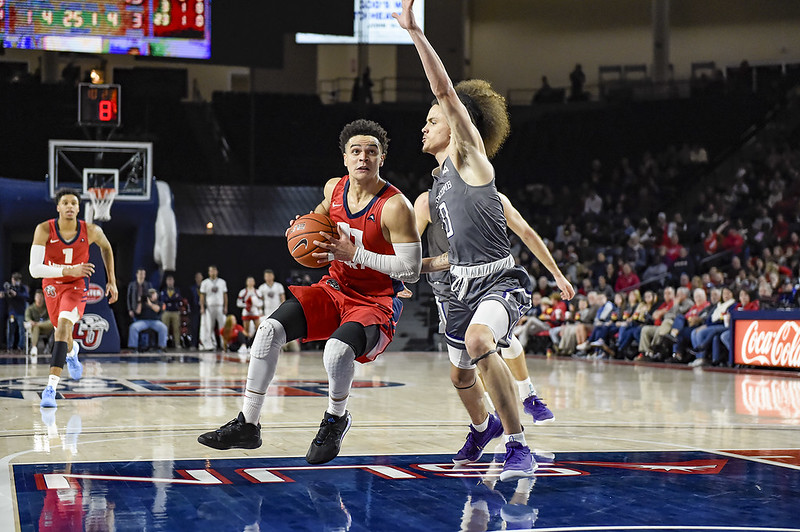 In an ASUN Championship rematch, Liberty was able to pick up the 67-60 win over the Lipscomb Bisons to improve to 19-1 overall and 5-0 in ASUN play.

The Flames overcame hot shooting from Lipscomb all night from three as the Bisons finished the game 11-of-26 from behind the arc.

“Conference play is really hard,” Liberty head coach Ritchie McKay said after the game. “It’s tough. Hats off to Lipscomb they battled tonight. They had a really good plan, he’s a really good coach. I thought tonight was good for us. We needed a game that was highly competitive and we needed to make some plays down the stretch and get some stops in order to be victorious.”

The Flames opened the game by doubling Lipscomb big man Ahsan Asadullah every time he touched the ball on the block. It helped lead to five Bisons turnovers before the first media timeout as Liberty opened with an early 10-6 lead.

Preseason ASUN Player of the Year Caleb Homesley opened the game very aggressively on offense and he was connecting. He made his first shot attempt of the game, a three pointer, and scored 8 early points to help push Liberty’s lead to 15-8.

The Bisons would respond with a 9-0 run to take the lead at 17-15 before Georgie Pacheco-Ortiz ended the run with a three-pointer. Lipscomb continued to shoot the ball very well, especially from three point range. Michael Buckland and Andrew Fleming combined to make 5-of-6 from three as they had 19 of Lipscomb’s first 23 points.

Liberty would close the half on an 8-2 run to go into the break with a 31-25 lead. Asadullah picked up his 3rd foul with just over 2 minutes left in the first half as he went to the bench. He entered the game averaging 15.8 points and 8.9 rebounds while shooting 52.3% from the floor, but the Flames were able to hold him scoreless as he missed all 3 of his first half field goal attempts.

James led the Flames in scoring in the opening 20 minutes with 10 points while also grabbing 4 rebounds. Homesley added 9 points while Pacheco-Ortiz had 7. Liberty made just 7-of-12 free throw attempts while Lipscomb shot 45% from the floor and 41.7% from three.

Lipscomb utilized another 6-0 run early in the 2nd half to tie the game at 33. The Bisons utilized Asadullah early and often as he quickly scored 5 points in the opening minutes.

On a loose ball scrum under the Liberty basket, Pacheco-Ortiz was able to corral the ball and get the bucket and was fouled. The foul was originally called on Lipscomb’s Greg Jones, but Liberty’s bench asked for a review. After review the call was correctly changed to Asadullah, as he picked up his 4th foul with 17:01 on the clock and the Flames leading 36-33.

The Bisons continue to hang around, staying within just a few points even after Asadullah went to the bench. Lipscomb continued to shoot well from behind the arc, making 2-of-4 to open the second half as they trailed by just 3 at 43-40 with 12 minutes left in the game. 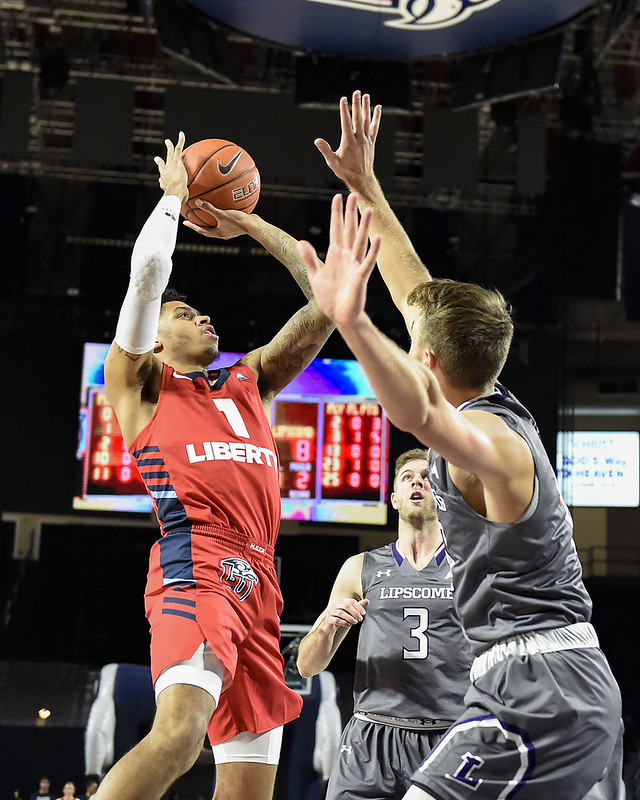 Meanwhile, Liberty struggled in the second half to find any rhythm from three point range. The Flames missed its first 7 shot attempts from 3 after intermission. Darius McGhee’s triple at the 10:33 mark was the first to connect in the second half and it helped push Liberty’s lead to 48-41 when Lipscomb’s head coach Lennie Acuff called a timeout.

After a 7 and a half minute break, Asadullah checked back into the game as the Flames attempted to push the lead to double digits.

Pacheco-Ortiz continued to be the team’s hot hand. His bucket with 3:47 to play were his 19th point of the game as he pushed Liberty’s lead to 60-54.

Liberty would hold off down the final minutes as they were sent to the free throw line on numerous occasions.

“Georgie was great tonight,” said McKay. “Obviously we know what’s going on in Puerto Rico. He’s a special young man. Our thoughts go out to him. He had a great night, he played well on both ends.”

Scottie James had his third double-double of the season as he finished with 16 points and 11 rebounds. Caleb Homesley chipped in 13 points.

Asadullah would finish with 11 points on 4-of-9 shooting while adding 5 rebounds.

Big showdown for the Flames Thursday night in what is Liberty’s toughest game, on paper, the rest of the season when Liberty travels to Jacksonville to take on 2nd place North Florida Thursday night. The Ospreys are 4-1 in ASUN play and at 11-9 overall the only league team other than Liberty with a record over .500. 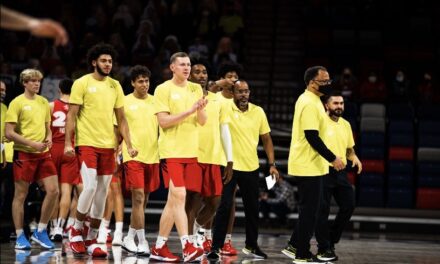 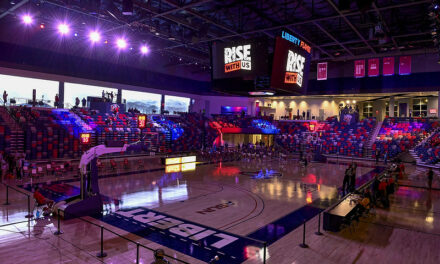