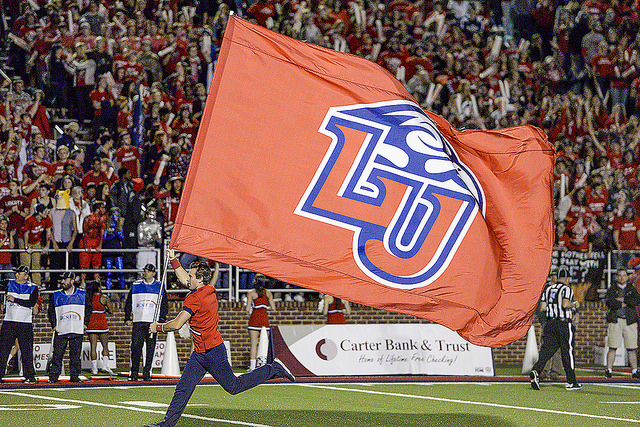 The Flames will face 2015 FCS national runner-up Jacksonville State in 2016, according to @CockyNation. It will be the 3rd ever meeting between the programs, with the Gamecocks winning each of the previous 2 meetings in 1981 and 1982. Jacksonville State finished the 2015 season with a 13-2 overall record, falling to North Dakota State in the national championship game on Saturday. Their only other loss came to Auburn, 27-20. The Gamecocks are located in Jacksonville, Alabama.

Jacksonville State is the last piece to Liberty’s 2016 schedule. The Flames will open the season on September 3rd in its first ever meeting against Virginia Tech. The Hokies will be breaking in new head coach Justin Fuente who replaces Frank Beamer. Liberty also faces Southern Methodist and Coastal Carolina, who is transitioning from the Big South to the Sun Belt. SMU is part of the American Athletic Conference and finished the 2015 schedule 2-10 including a loss to James Madison in September. The Flames face SMU in Dallas, Texas on September 17th and the Chanticleers in Conway, South Carolina on November 19th. 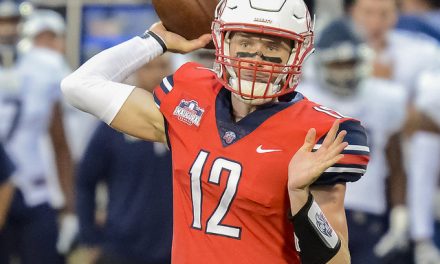 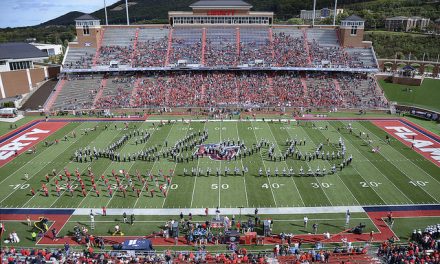 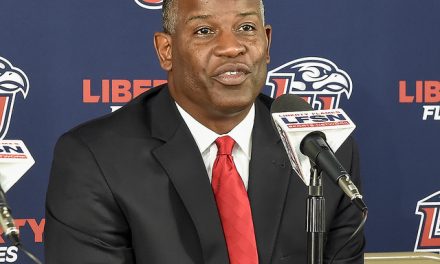