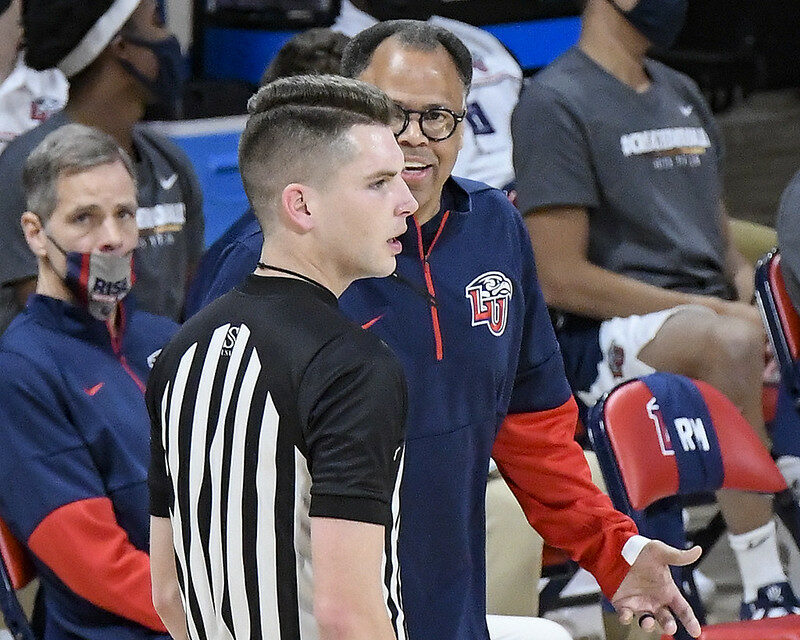 Liberty will play host to Kennesaw State this weekend in ASUN men’s basketball action as the league announced Tuesday morning changes to the schedule for the weekend’s slate of contests due to positive COVID-19 tests within programs last week.

The Flames were originally scheduled to host Florida Gulf Coast on Friday and Saturday before games with the Eagles this past weekend and this coming weekend were canceled due to positive COVID cases at FGCU. Kennesaw State was supposed to play at North Florida this coming weekend, but the Ospreys will now travel to Jacksonville.

Kennesaw State and Liberty will play Friday, Jan. 8 at 6 pm and Saturday, Jan. 9 at 5 pm, both games played at Liberty Arena. The two were originally scheduled to play at Liberty Arena on Jan. 22 and Jan. 23. Kennesaw State is 3-7 on the season and 0-1 in ASUN play following their two home losses to Jacksonville this past weekend, 62-57 and 72-66. The Owls are under second year head coach Amir Abdur-Rahim and coming off a 1-28 overall record and 0-16 mark in ASUN play a season ago.

The rest of this weekend’s updated ASUN slate includes UNF at Jacksonville, Lipscomb at Bellarmine, and Stetson at North Alabama. Included within the ASUN’s release, it states all “men’s basketball student-athletes, coaches, and staff are tested on Monday and Wednesday every week prior to contests on Friday and Saturday. With results typically reported within 36 hours, the league office will adjust conference games as needed to prioritize student-athlete health and safety while maximizing the competitive opportunities for our student-athletes throughout the year.”