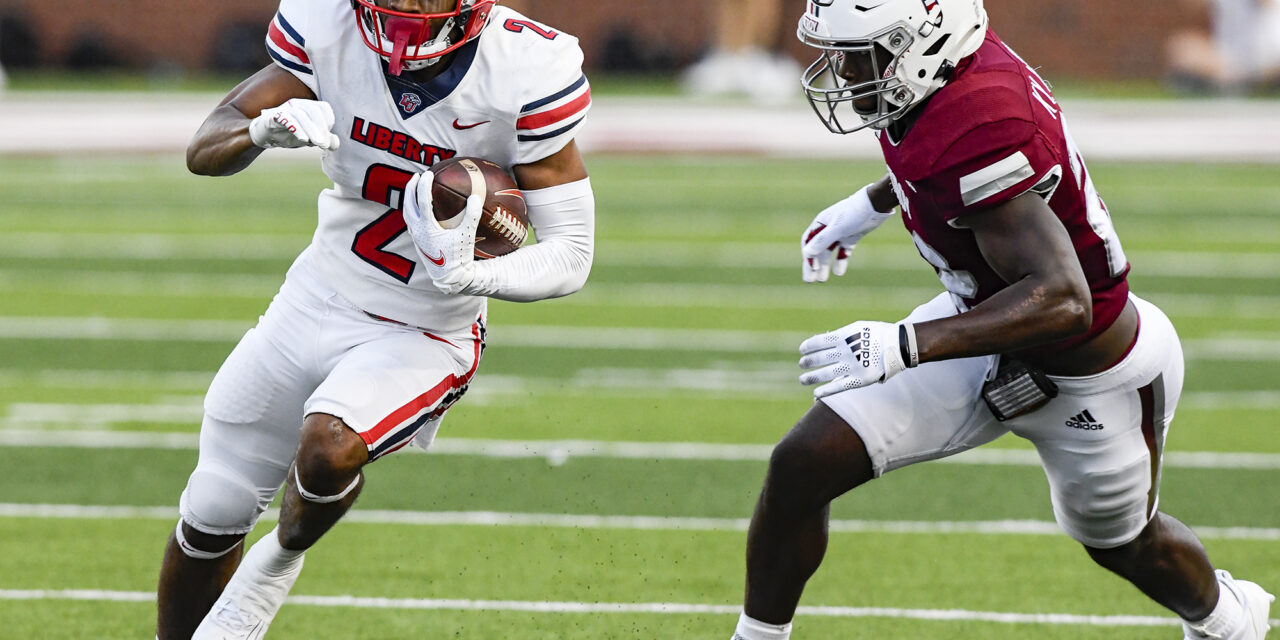 For the second consecutive season, Liberty football improved to 2-0 to begin the season following the team’s 21-13 win over Troy in Alabama on Saturday night. With the win, the Flames remained just outside the top 25 in both the Associated Press Top 25 and Coaches Top 25 Poll this week.

In the Coaches Poll, Liberty received 63 points and is tied for 4th among others receiving votes, effectively ranking 29th. This is up slightly from last week’s ranking of No. 30 but total points are down from 78 to 63. In the Associated Press Top 25 poll, the Flames received 52 points and are ranked No. 28. This is up from last week’s ranking of No. 30 but the points are down from 56.

Coastal Carolina and Virginia Tech are ranked in both polls this week for a second straight week. The Chanticleers check in at No. 16 in the AP poll and No. 18 in the Coaches poll. The Hokies are ranked No. 15 in each poll.

The Flames are back in action this week, taking on in-state rival Old Dominion. The Monarchs are 1-1 this season after picking up a win over Hampton 47-7. The Flames have opened as a 23 point favorite over ODU as Week 3 opening lines were announced on Sunday. The game is scheduled to begin at 6:00 p.m. from Williams Stadium in Lynchburg, Virginia and will be carried on ESPN3.

The Flames and Old Dominion met just a couple seasons ago in Lynchburg in Liberty’s first ever game as an FBS member. Liberty dominated that evening, defeating the Monarchs 52-10 on Sept. 1, 2018.

All You Need to Know: Norfolk State 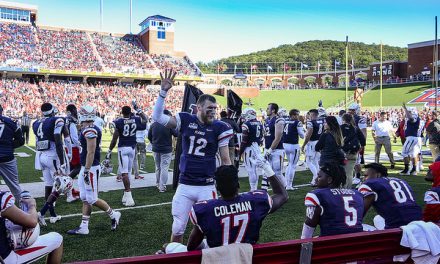