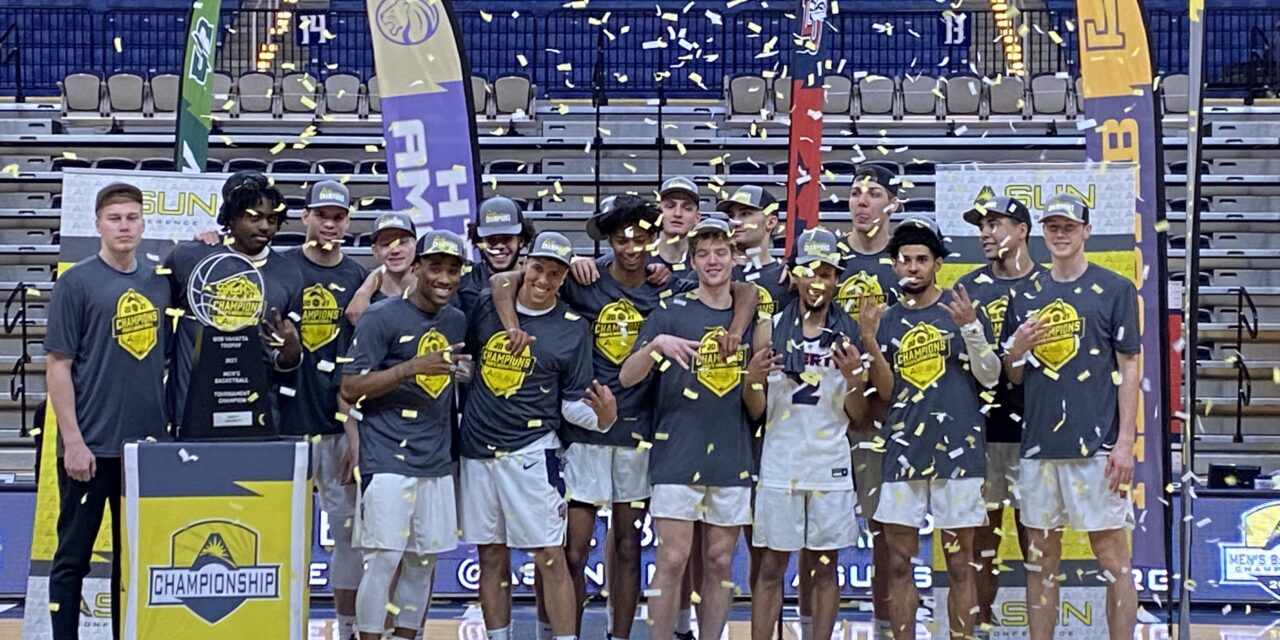 Welcome to the Rankings Roundup, where we keep you updated on where Liberty stands in all of the national rankings/standings. The Flames currently have a 23-5 overall record and an 11-2 mark in the ASUN. Liberty is coming off their third consecutive ASUN Championship and awaits Selection Sunday to find out who they will face in the NCAA Tournament. As the Flames wait to see who they’ll play in the Big Dance, let’s see where the Flames stand in the national rankings.

Liberty is ranked 83rd in this week’s edition of the NET Rankings, a one-spot decrease from the week before. The Flames are 0-2 against Quad 1 opponents, 1-0 versus Quad 2 opponents, 2-1 against Quad 3 opponents, and have a 16-2 record against Quad 4 opponents. The Flames finished the season the highest-ranked ASUN team by a wide margin, as Bellarmine came next at #180.

The Flames improved one spot to #6 in this week’s Mid-Major Top 25, Liberty’s highest of the season. The Flames have been ranked in the top 15 of the poll every week except one this season.

Liberty fell 7 spots to #90 in this week’s edition of the KenPom ratings. Once again, the Flames are the highest-rated team from the ASUN. Bellarmine finished the second-highest team from the conference at #180.

Liberty has secured the ASUN’s auto-bid to the NCAA Tournament, so the Flames made an appearance in all bracket projections. The Flames boast an average seed of 13.33. The highest seed the Flames received is 13 and the lowest is 15.

Liberty remained steady at #74 in this week’s edition of the College Basketball Power Index. The Flames have the 280th best SOS (strength of schedule) and the 89th best SOR (strength of record).

How to Get the #2 Seed in North