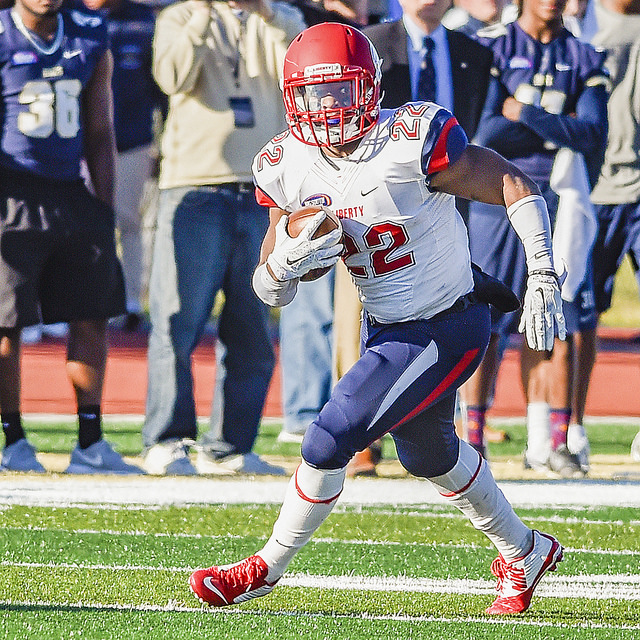 The Liberty football team opened the 2016 football season, falling to the Virginia Tech Hokies 36-13. The Flames took a lead early in the 2nd quarter that they held until 3 1/2 minutes left in the first half. From there, the Hokies scored 26 straight points.

Jerod Evans: Virginia Tech’s quarterback was making his first career start and he performed well. He completed 20-of-32 passes for 221 yards and 4 touchdowns and rushed for 46 yards.

Isaiah Ford: The all-ACC wide receiver finished the game with 11 receptions for 117 yards and 1 touchdown.

Juwan Wells: Liberty’s defensive end finished the game tied with a team-high 9 tackles. He also had a strip sack which the Flames recovered at the 10 yard line and converted into 6 points a few plays later.

Ranking the top plays from the game

It’s the first game of the season against an ACC opponent that was favored by 32 points. In the end, it doesn’t really mean much, but it was our first look at the new offense and several new players at key positions. This game leaves much to be desired out of the offense who finished with 160 total offensive yards, the first time the Flames were held under 200 total yards under Coach Gill. 8 false starts from an inexperienced offensive line must be shored up.

The defense proved that it can compete at a high level. The defensive line caused havoc numerous times for the Hokies, finishing with 10 quarterback hurries. Chris Turner went toe-to-toe with an all-ACC receiver in Isaiah Ford and held his own despite Ford’s gaudy numbers.

Coach Gill has mentioned all off-season how glad he was to have new special teams coordinator Scott Downing. Well, the first game wasn’t the unit’s best effort. A missed extra point and a bad decision to field a punt at the 2 yard line were the most notable blunders.

It felt like the team wasn’t prepared to play in this game. Was it because of the crowd and Virginia Tech’s skill? We’ll find out soon enough.

Liberty has their home opener next Saturday against non-scholarship Jacksonville. The Dolphins were off this week as they will make their season debut against the Flames. We will learn much more about the 2016 version of the Liberty football team in this game.

Jacksonville is led by first-year head coach Ian Shields. JU was 9-2 in 2015 with a win over Delaware and their 2 losses coming against Drake and Dayton.

62,234 | The attendance Saturday was the largest crowd the Flames have ever played in front of.

“No, that was our plan. Our plan was to give him one series and look into it. I always said that I would possibly play him for one series as we move through the season. It’s the same thing from last year. We have to get him some reps and do what’s best for our football team in case something was to happen to Stephon or something of that nature. That way he has played in some games. We already planned to play him, we just didn’t have a set time of when we were going to do it. We decided to do it in the second half. No, there’s no quarterback controversy.”

“Isaiah is a very good player. The coaches trusted me to go out there and give him a competitive game, and that’s what I did. He’s a good player, I just got to make plays.”

Safety Alpha Jalloh on the scoop and score touchdown return:

“It felt great. It feels good getting in the end zone to help provide points.”

Defensive end Juwan Wells on what the defense takes away from their performance against VT:

“It’s a learning process for us going against a Power 5 school and playing at a high level. FCS schools, I don’t think they’ll play at that level.”

Quarterback Stephon Masha on his confidence following the game:

Linebacker Dexter Robbins on if the defense got frustrated when the offense wasn’t performing:

“We don’t get frustrated. It’s our job to get out there, and it’s our job to hold them out of the end zone. No matter how good or how bad the offense is doing. We don’t blame nobody, we don’t point the finger at nobody. It’s just our job. It doesn’t matter if it’s a quick 3 & out for the offense, or they drive the whole field and score. We didn’t get frustrated, we just went out there and said hey, we’re going to shut them down, they’re not going to get in the end zone. If they’re going to get in the end zone, they’re going to have to fight as hard as they can to get there.”

Robbins on the leadership style of this year’s team:

“We kept a positive mindset even into the 4th quarter we stayed positive. We didn’t turn on each other. That’s something that Stephon and I have gotten the team to really focus on is not turning on each other, get mad, and throw fits or make scenes on the sideline. Yes, there’s some frustration that occurs every once in a while, but overall, as a whole, the team remained positive no matter what. Last year, we were a young team. Our leadership was a little different than it is now. I feel like when things weren’t going our way last year, we would lose focus, we would get off kilter. Masha and I talked about this all off-season, we’ve got to get the team to focus on being a team and not an individual, and that’s what we put in to play today.” 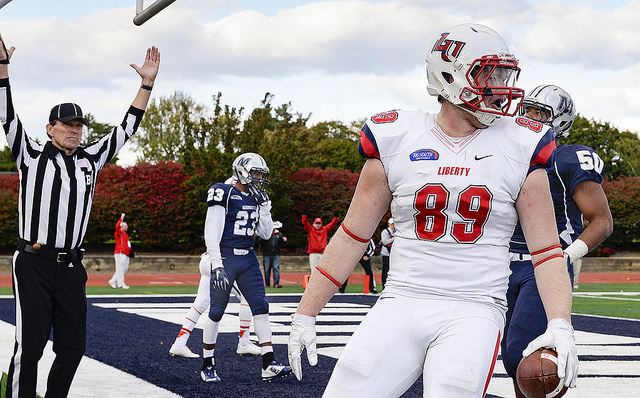 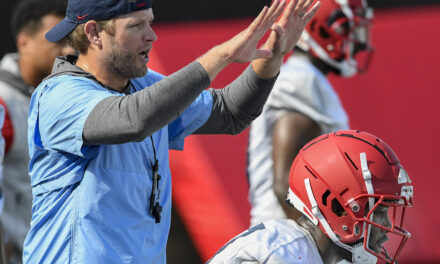