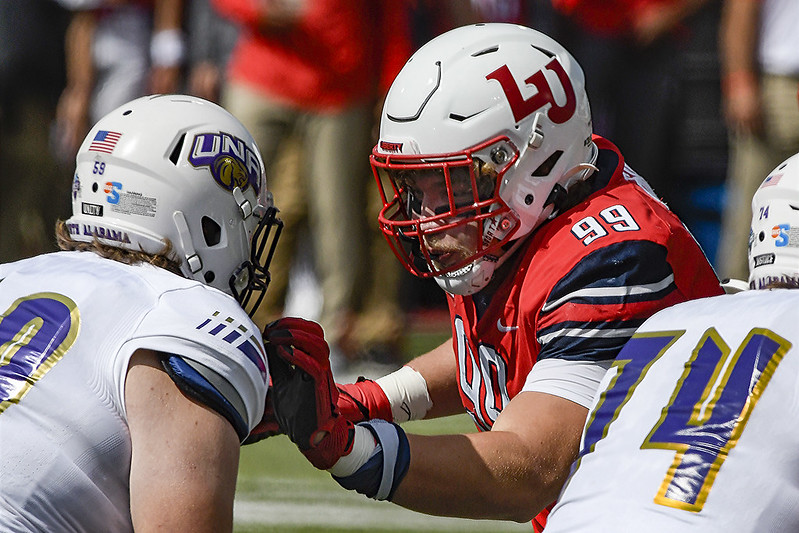 On Friday, Liberty football will honor its senior class for an unorthodox Senior Day. Due to the ongoing pandemic, there will only be 250 spectators allowed in Williams Stadium for the home season finale. Also due to the pandemic, the NCAA has ruled this season will not count against players eligibility and they could all return for the 2021 season.

Liberty cornerback Emanuel Dabney elected to transfer this week. He had started seven of the team’s first eight games before not playing this past Saturday night against NC State. In his absence, Chris Megginson and Marcus Haskins played most of the snaps at corner. Jimmy Faulks will be the third man in the rotation while true freshman Deon Biggins and Kimani Donaldson could also see additional reps.

“Jimmy’s ready. He’s ready to go anytime, love the way he’s handled his role,” said Freeze. “We’ll move Deon Biggins over there, not over there, he’s already been there but he’s been running on some scout team stuff. He will start working with that second group. Then, Kimani Donaldson, those five guys. We can always move Quinton Reese back there too, who’s been playing the nickel for us some. No, we will have somebody ready. Biggins is going to be a good one, just got to get him to learn what to do, but he’s going to be a good one.”

Aakil Washington on road to being a special player

Much has been said about the young players on Liberty’s defensive line this season, particularly at defensive end. True freshmen Stephen Sings and Aakil Washington have each made major impressions early in their career. On Saturday against NC State, Washington had his best performance to date.

“He’s a big time player and is just going to get better and better,” Liberty defensive coordinator Scott Symons said of Washington. “I think he’s going to be one of these guys that down the road 2-3 years, next year, from now, is the face of the program guy. That’s just an example of being bought into your role. Obviously, he has a great player in front of him in Durrell (Johnson), and Aakil understands that maybe his role is 20 snaps a game but he’s going to maximize those 20 snaps and those 20 snaps have a huge impact on the football game.”

Following Liberty’s game at NC State, the Flames are beat up a bit, but it sounds like most players will be ready to go. “We’re beat up today and we’re not as deep as I’d like to be in some places,” said Freeze on Monday. “This is a critical week for us to manage, not only getting ready schematically for an opponent, but also making sure we get our kids as healthy as our kids can be to be able to play on a short week on Friday.”

Wide receiver CJ Yarbrough exited the NC State game after taking a brutal hit to the head. He is in the concussion protocol this week. No official word on his status for Friday’s game, but it is unlikely he will be ready to go on a short week. 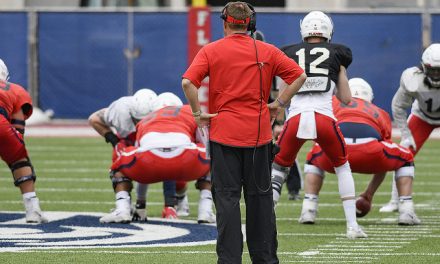 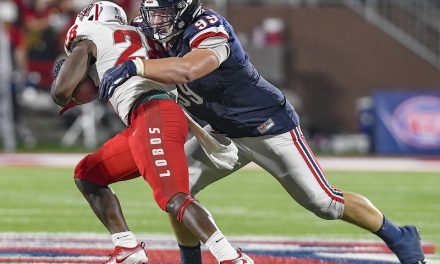