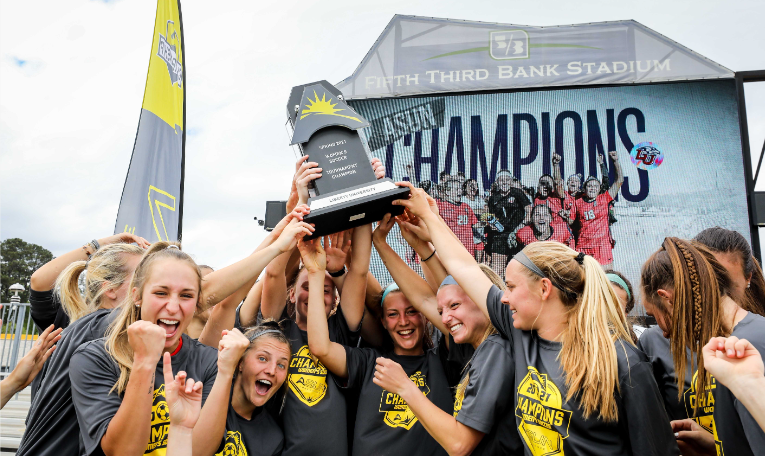 The Liberty Flames won the 2021 ASUN Women’s Soccer Championship on Saturday in dramatic fashion as McKinley Burkett scored the Golden Goal on a penalty kick in overtime to defeat Kennesaw State, 1-0. The win secures the first ever ASUN women’s soccer championship and advance to the NCAA Tournament for the 7th time and first time since 2016.

After 90 minutes of action in regulation, the 4 seed in the North Division, Liberty and the 2 seed in the North Division, Kennesaw State were both scoreless as the match headed to overtime. With the clock ticking under one minute remaining in the first overtime period, Meredith King drew a penalty kick. It set up Burkett, the University of Tennessee transfer, for the game winning goal.

The Lady Flames entered the ASUN Tournament having won three games all season. Liberty won four matches in the last 10 days to complete the surprising run to the championship, including wins over the 1 seed in both the North and South divisions. The previous two wins, including Saturday’s championship, came at Fifth Third Bank Stadium in Kennesaw, Georgia. The Owls and Lady Flames split the regular season series, with each team winning 1-0 on the road.

Liberty’s run included wins over the defending ASUN champions in Lipscomb, who was the 1 seed in the North Division in the quarterfinals. On Thursday, the Lady Flames defeated North Florida who was the No. 1 seed in the South Division and entered Thursday’s match at 10-1 overall and undefeated in ASUN play with their only loss coming to Florida. Liberty becomes the first women’s soccer four seed to ever advance to the championship and are the only four seed to defeat a one seed in ASUN Championship women’s soccer history and the Lady Flames have done so twice.

Liberty was 0-2 all-time in the ASUN Championship prior to this year’s run and last won a conference championship in 2016 when Liberty won the Big South for a third time in four years. Liberty is now 7-3 all-time in conference championship matches. The Lady Flames have scored 12 goals over the last six games after scoring just six games in the first 11 games of the season. Saturday’s overtime match was the sixth overtime match of the season. 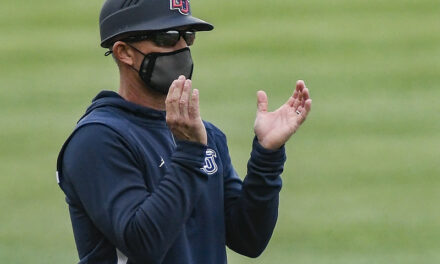