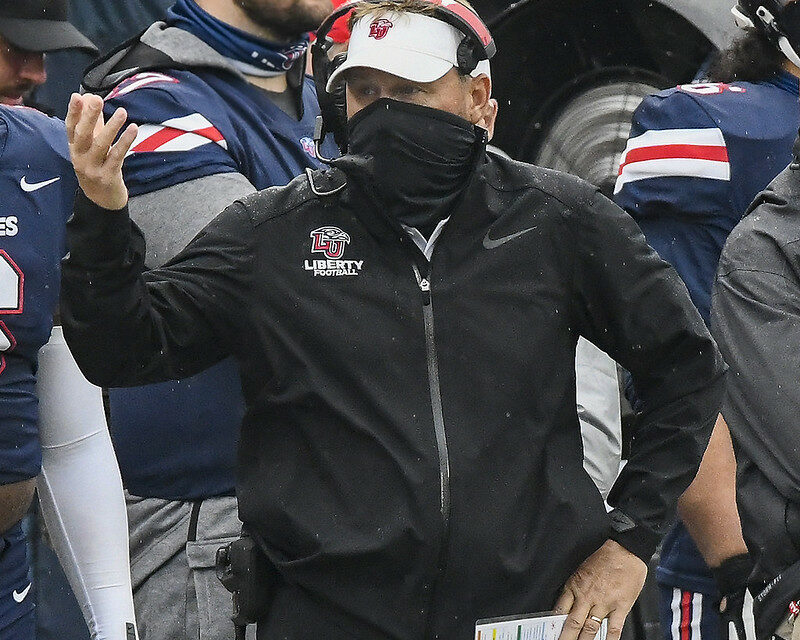 In two weeks Liberty will play historic ACC powerhouse Virginia Tech, who after a few rough seasons in the last decade seem to be returning to their traditional wining ways. After Liberty’s dominant win last week against ACC team Syracuse, many fans and analysts are looking ahead on the schedule to Liberty’s premier matchup of the season. The Liberty players and coaches do not have that luxury. The game against Southern Miss is a classic trap game. Coming off a huge win a week ago with a much bigger matchup on the horizon, it would be very easy for Liberty to get caught unaware by the Golden Eagles if they’re not careful.

Liberty has already had a game this season where a massive underdog stayed in the game far too long for the comfort of Liberty and its fans. Unlike the North Alabama game, however, Liberty has its star quarterback available for this one. So, as long as the Flames come out prepared, they should have no difficulty handling a Southern Miss defense which has given up an average of 40 points per game so far this season. Coupled with LU’s dramatically improved defense from the last two games, the Flames should have no problems getting to 6-0 this week. 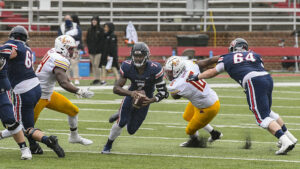 2. WILLIS NEEDS TO LEARN TO SLIDE

One of the best parts of Willis’ game has been his incredible ability to avoid defenders and rush for big yards even in the face of a fierce pass rush. However, Willis needs to have better awareness of when it’s time to call it quits and hit the turf. If he has a good chance of avoiding the defender or if that extra yard will get him a first down or a touchdown, then of course he should take the risk of the hit, but if there is nothing to be gained from a couple of extra yards, then he needs to get down.

The fumble inside the 5 last week (and the only Flames’ turnover of the day) is a perfect example of this concept. There were 3 guys in front of him and he had no chance of breaking through for the score, in the best case scenario Willis takes an unnecessary hit, in the worst case he fumbles (which he did). He should have slid or angled for the sideline with the understanding that there were still 29 seconds left in the half and LU had all three timeouts. So far this season, Willis has fumbled 4 times and been injured once because of taking unnecessary hits. Overlooking the impact of the fumbles for now, the last thing Liberty needs is their star QB getting injured right before the biggest matchup of the year for the Flames. Willis should definitely do what it takes to win this game but also be mindful of potential situations that could put the rest of Liberty’s season at risk. 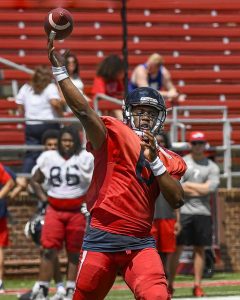 Ferguson has not impressed during his times at the helm for the Flames. In his lone start against UNA, he struggled to get a stagnant offense going (although once Liberty did get inside the 20 he was excellent with three touchdown passes from short range). I don’t think this is necessarily Ferguson’s fault. Ferguson is a veteran QB who set numerous records for Maine at the FCS level.

I believe the real issue lies with Liberty’s offensive game plan, which like it or not, is built around a mobile QB, not a true pocket passer. Bennett fits the mold much better than Ferguson does. In his limited playing time, Bennett has shown an ability to spark the Liberty offense, and although we have yet to see him his use his legs, his threat to run has opened up the defense, most notably in his single touchdown pass of the season on an RPO bootleg against UNA.

If Willis ever does go down, as running QBs are oft to do, Liberty wants a QB behind center who not only has the talent but also fits into the current game plan and if push comes to shove, the QB who fits the game plan is going to be a better option regardless of talent level. If the Southern Miss game goes as planned and Liberty is able to sit its starters early, expect for the Flames to give Bennett a chance to show what he’s got. Last week when Willis scrambled for a first down to seal the game, the QB who came out to take kneel-downs wasn’t Ferguson, it was Bennett, indicating that the Flames coaches may have already started to shift to Bennett as the primary backup.

Liberty shocked the football world (and especially ACC fans) last week by not just beating Syracuse but wholly crushing them. While many chose to go the route of criticizing the state of the Syracuse football program, I chose to go the other direction and look at the team that Freeze has built.

This was supposed to be a drop off year. The Flames lost starters on both sides of the ball to graduation or other reasons including their record-breaking QB, their leading wide receiver (now in the NFL), their starting kicker, and two of, arguably, their best players in the secondary. Yet somehow, Liberty finds themselves at 5-0 with a win over an ACC school.

While Liberty’s schedule has been weak (their first 5 opponents have a combined record of 2-17), the way that Liberty has played this season speaks of a football team not just winning because of weak opponents but winning because of incredible coaching and skilled players. The real test of Liberty is coming in a brutal 5 game stretch that features 3 top 25 teams, but for now, Liberty is proving the pre-season critiques wrong and has a great chance to get to 6-0 against the Golden Eagles. 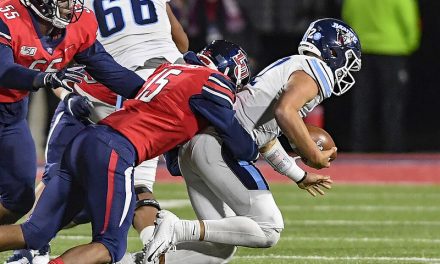