Exactly 3 months from today the Flames take on the Kent State Golden Flashes. Kent State finished 11-3 last season and was led by their explosive running back Dri Archer. Archer is simply an unstoppable force.

He rushed for 1,429 yards and 16 touchdowns last season on just 159 carries. That’s good for 9 yards per carry, best in the country. He returned 3 kickoffs for touchdown and averaged 36.93 yards per kick return, ranking 1st in the nation in both. He had 2,577 all-purpose yards and 23 total touchdowns. Archer was the 2012 MAC Special Teams Player of the Year, named to the Walter Camp Team, the Joe Fogg award winner, and a Doak Walker award nominee.

CBS sports just named him the 7th “craziest athlete” in college football in their 2013 Freak List. He runs a 4.29 40-yard dash and is projected to be one of the top 10 running backs in the 2014 draft class.

Then there’s this video:

Liberty’s defense may be seeing Archer in their nightmares after August 29th.﻿ 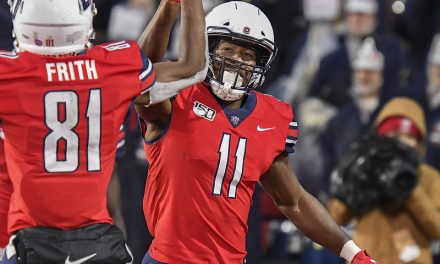 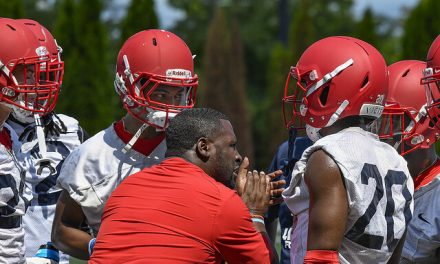