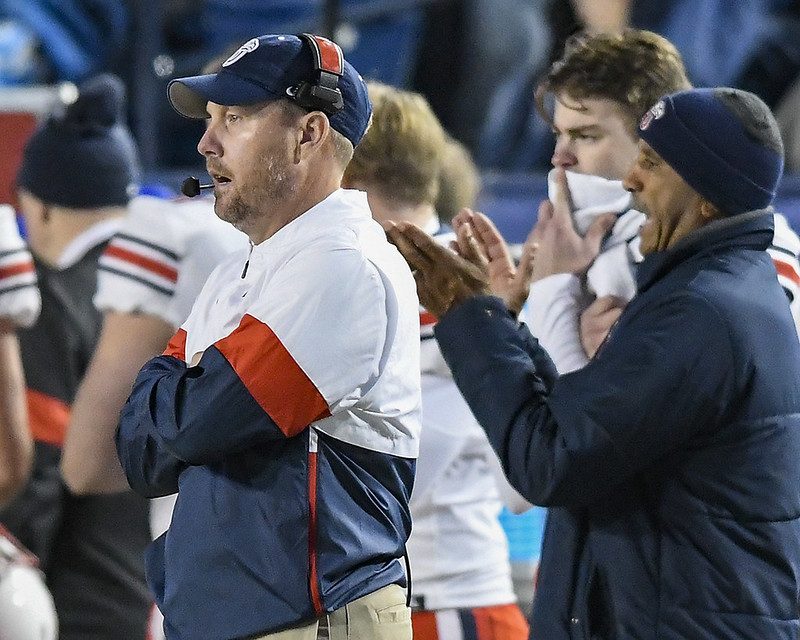 On this Thanksgiving Day, Liberty head football coach Hugh Freeze says he’s thankful for the opportunity Liberty University has given him this season.

“I’ve received, through the gift that Liberty gave me and my family, so much more than I could give,” Freeze said during his weekly press conference on Monday. “I’ve received more than I think I’ve given this year.”

After sitting out the prior two seasons after he resigned from Ole Miss, Freeze had multiple offers to return to the game as an Offensive Coordinator, but only one as a head coach and that was at Liberty.

“Returning to coaching, at a place that your kids feel great and your wife feels great,” Freeze continued as he described why he’s so thankful for Liberty. “Not the easiest decision for me, it was made with a lot of prayer and still a lot of anxious times.”

Freeze has been rumored as a possible head coaching candidate at Florida State and Arkansas already, and he will continue to mentioned for jobs for as long as he’s at Liberty. At his weekly football radio show on November 18th, Freeze was asked by a Liberty student, “How long are you staying at Liberty?”

His full response: “I am so happy to be at Liberty, and I am living right where my feet are. I don’t want to think about anything else other than that and these kids and getting this program to where it can be. This place has been such a blessing, not just to me but my wife and daughters also. That’s all that consumes me right now, is how can I help Liberty be the best that it can be. This is a crazy profession that I am in and things change all the time, but I want to promise everybody I’m not looking to leave. I don’t know what God’s plans ever are. I will not even speak to anyone right now when they call me about that. I’m happy to be at Liberty.”

His family is also very important to him, and Freeze mentioned earlier this week how much they are all enjoying their time at Liberty.

“My kids are flourishing, at least they seem to be, they could go off the rails today just like kids could, but I ask them quite frequently, ‘How are you here?’ The answer is, ‘Great!’ I see it.” 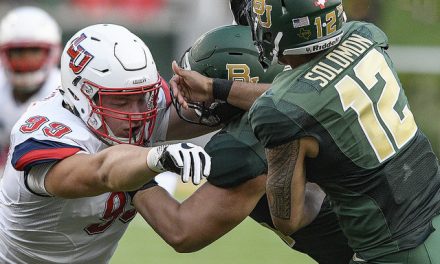