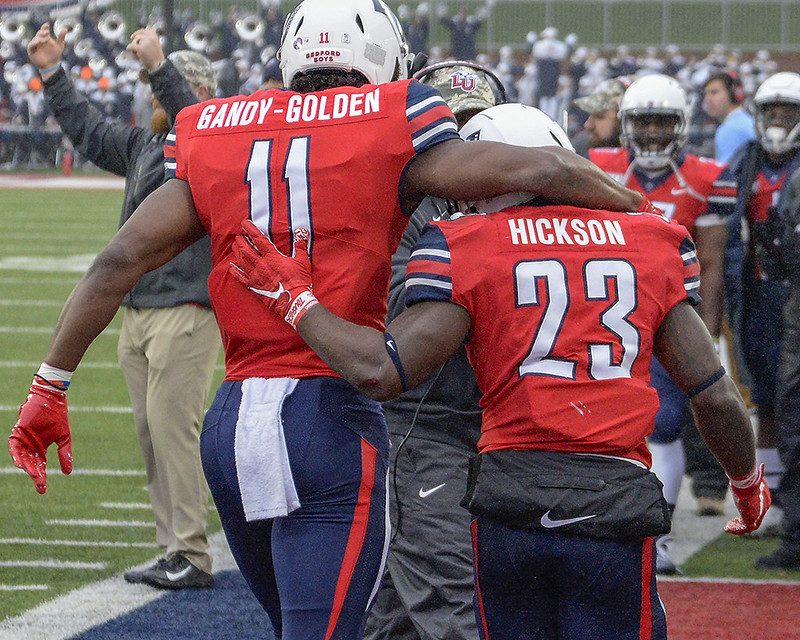 The Liberty Flames (7-5) are in Orlando to take on the Georgia Southern Eagles (7-5) in the FBC Mortgage Cure Bowl. As has been reported repeatedly this season and in the past few weeks, this will be the first ever bowl game in school history.

“Chad Lunsford has done a really nice job of building that in a few short years,” Liberty head coach Hugh Freeze said of Georgia Southern’s coach. “Offensively, they present to you a challenge that you don’t face much. Every single play they’re making you fit the triple option, in your mind anyway. Their quarterback Werts is one of the best athletes we’ve seen all year. It’s going to be a great challenge to slow them down and stop them.”

The Eagles are the 8th ranked rushing attack in the FBS as they look to take advantage of a Liberty rushing defense that has struggled at times this season.

Liberty head coach Hugh Freeze has faced Georgia Southern previously, beating them 37-27 in 2016 when he was at Ole Miss. Freeze says that the Eagles are ahead of the Flames in the FBS move particularly in recruiting.

“I think their roster is probably a little deeper than ours,” Freeze said earlier this week. “The real unknown is how we’ll handle stopping this offense and how many possessions does that leave for us to get offensively in this game.”

Freeze says this Georgia Southern option attack is much different than any offense the Flames have faced this season.  Liberty and Georgia Southern had several common opponents this season, as both teams defeated FCS Maine and New Mexico State while also both losing to Louisiana.

“He does a really good job running it,” Liberty defensive coordinator Scott Symons said of Georgia Southern quarterback Shai Werts. “The biggest thing he does a great job is he keeps them ahead of the chains. First down defense is critical when you’re playing an option team. We want to be in 2nd and 7 not 2nd and 5. He does a good job. He’s a big body young man that can fall forward.”

Hugh Freeze on the honor of playing in a bowl game – “I want to thank Ian, Todd, and the entire administration. They have done a phenomenal job taking all of the moving parts that are in and around a bowl game. I haven’t had to worry about any of that. I know it’s in good hands, as well as our operations people. They’ve done it the right way and getting to include all of our people, trainers, managers, and families. I think that’s what it’s about. I think that’s what it should be. Real excited about the experience, not just for our players but everyone in and around our program. Thankful for their help with that.”

Liberty DC Scott Symons – “I think they’re excited to play in the game, based on my experience. A lot of this when you get into the playoffs or the postseason games is who really wants to play and win. You’d be surprised at all levels there are times when kids aren’t excited to play in games or they are. Our kids are really excited, I think they are eager.”

Liberty LB Solomon Ajayi – “It is exciting to know we are part of history. This is something nobody will be able to take away from us. We are not really satisfied with just being here, I think that I speak for the rest of the guys, we are coming here with a mission. We want to win this game. We want to make history as being the first team to win a bowl game in Liberty history, not just be here. It’s exciting but we’re not going to let the excitement of being here overshadow the fact that we have a game to win.”

On paper, this game looks like it will come down to the final possessions of the game. These two teams seem to be that close. One likes to run the ball, one likes to pass. Neither opposing defense seems to be that strong against their opponent’s strength. It should make for a great game. 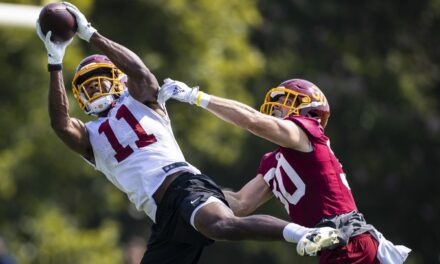 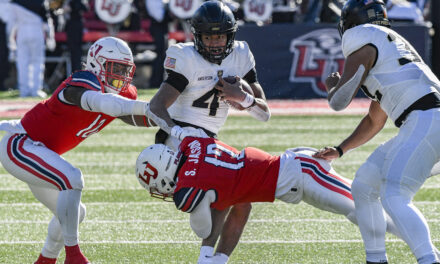 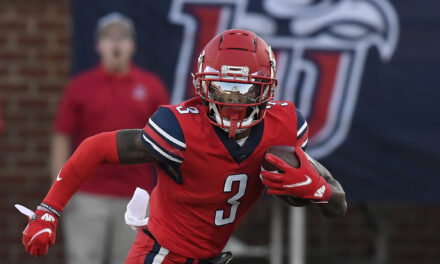 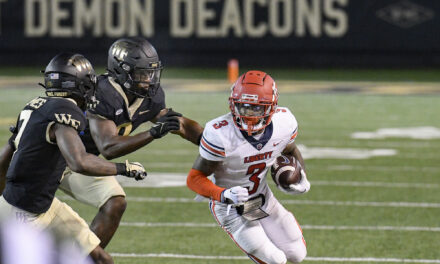