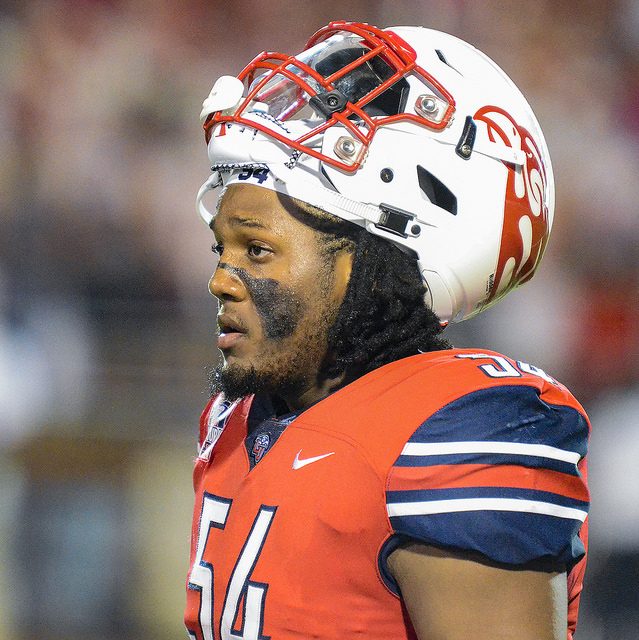 The Liberty Flames will close out the 2018 football season on Saturday against Norfolk State in a game that was rescheduled from September 15th due to Hurricane Florence. The Flames are looking to close out the season with a 5-1 record at Williams Stadium and a 6-6 overall record.

If Liberty is able to win its 6th game, it will be the 13th straight year the program has finished with at least 6 wins, and the Flame will be just the 9th team ever to win 6 or more games during its first FBS season.

“The brand is out there, what we are about,” Gill said of the significance of getting to 6 wins this season. “We’ve gotten exposure from the east to west coast, north to south. So, I think people know a lot more about Liberty University because of the football program. That’s something that I’m proud of. This year was a tremendous challenge, to sit here and say, even at this point, to say that we have 5 wins, I have to tip my hat off to the players and the coaches. We have done a good job there with exposure of Liberty University’s brand through our schedule.”

The Norfolk State Spartans are lead by head coach Latrell Scott. Scott is in his 4th season as head coach, and with a loss Saturday, he would have a 4-7 record in each of his 4 seasons at NSU. He came to Norfolk State after two seasons as head coach of Division II Virginia State. He was Richmond’s head coach in 2010, guiding the Spiders to a 6-5 record. Scott resigned from his coaching duties at the University of Richmond on August 23, 2011 after being charged with driving while intoxicated.

Scott also serves as the team’s offensive coordinator. The Spartans average over 324 yards of offense per game, with 101 yards coming on the ground and 222 yards through the air. Sophomore quarterback Juwan Carter leads the way, as he’s passed for 2,105 yards and 12 touchdowns. He also has 12 interceptions on the season. Carter is a dual threat guy who has also rushed for 195 yards on 64 carries. 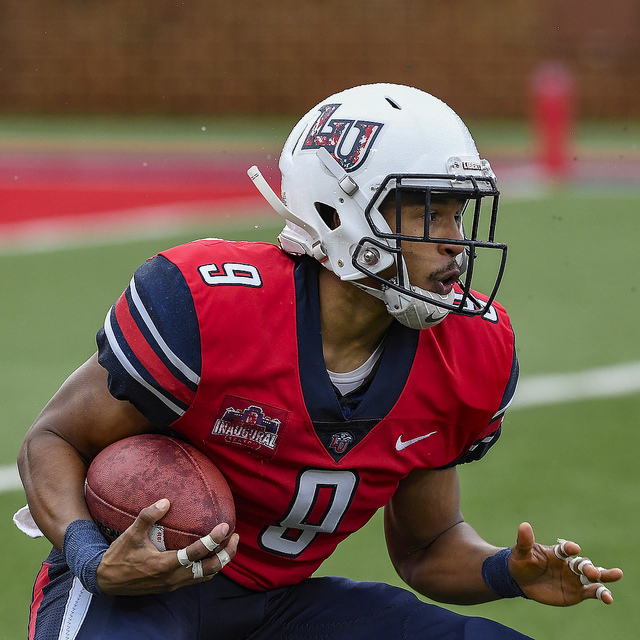 Wide receivers Marcus Taylor and Isaiah Winstead are Carter’s top targets. They have nearly identical stats on the year – Taylor has 46 receptions for 557 yards while Winstead has 45 receptions for 551 yards. Carter, Taylor, and Winstead all went to the same high school – Highland Springs just outside of Richmond.

“The QB has throw for good yardage,” defensive coordinator Robert Wimberly said. “Two receivers, Taylor and Winstead, they can hurt you in the pass game if you’re not doing your job.”

Liberty’s defense is coming off perhaps its best performance of the year, keeping New Mexico State scoreless until their final drive of the game late in the 4th quarter.

“I’d like to see my defense have back-to-back games as far as competitiveness,” Gill said. “Keep people off the scoreboard as much as possible. If they give up 1 touchdown or 2, that’s alright, nobody’s perfect.”

Calvert also needs just one passing touchdown to move into sole possession of first place on Liberty’s career touchdown pass list with 63. He will have to do so against an FCS defense that has a plethora of FBS transfers on it. 5 FBS transfers in total, lead the Norfolk State defense, hailing from NC State, East Carolina, Nevada, and Middle Tennessee State.

“They ask their corners and their safeties to not get beat, be physical, and get your hands on as many footballs as you can,” Liberty offensive coordinator Joe Dailey said. “When you have that good of a box, athlete wise, they allow you to play a little more aggressive on the back end because you’re confident that someone’s going to get a pass rush. We’ve got to be able to block the box and throw the football down the field when the opportunities present themselves.” 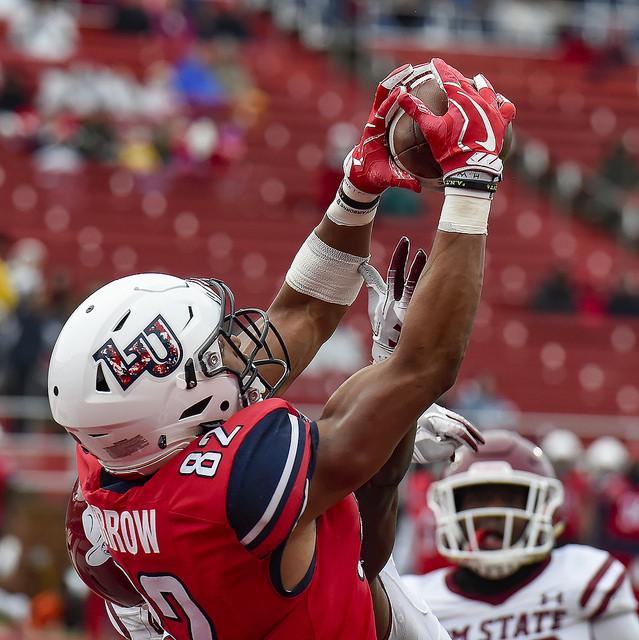 “From an offensive perspective, no turnovers,” Gill said on what his goal is for the offense on Saturday. “I want to emphasize no turnovers. Now, I don’t want them to play scared, where they don’t make throws or make runs or different things that they need to do, but that’s going to be always emphasized. That’s what I want to see. I want to see zero turnovers.”

“I want to see our special teams dominate,” Gill continued. “I don’t think we’ve dominated (this year). We’ve been good in a few games, but really (I want us to) have a total domination on the special teams side.”

The last time Norfolk State visited Williams Stadium, they left with a 31-24 victory in Gill’s 2nd game as head coach. Gill hopes he’s able to notch his 47th win as Liberty’s head coach which would put him in a tie with Danny Rocco for 2nd place on Liberty’s career wins list.

“These are the kind of games where you have to come out and be very physical from the start and not let up at all,” Dailey said. “Don’t give them any opportunity to be in the ball game. I’m really excited about the challenge because the last time those guys were here, they beat us, and we have to redeem ourselves.”

The Flames should be able to cruise to a comfortable win in this one to finish the season out with back-to-back wins and get to a 6-6 record in the program’s first ever FBS season.

General Booty has the name and bloodlines for the next level

Expectations for 2013: The Richmond game 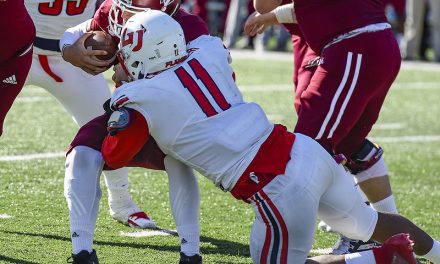