Nate Dalton has committed to Arkansas over Liberty, Kentucky, Michigan, and several other FBS programs. The 3-star rated prospect visited Liberty in November, but ultimately chose Arkansas and the SEC. The 6’3″ cornerback visited Arkansas this past weekend, and cancelled a scheduled visit to Michigan for this coming weekend. Dalton is a 3-star rated prospect.

Even without his commitment, it was a great feat by Coach Turner Gill and his staff to be considered in a prospect’s top 3 alongside two SEC schools. 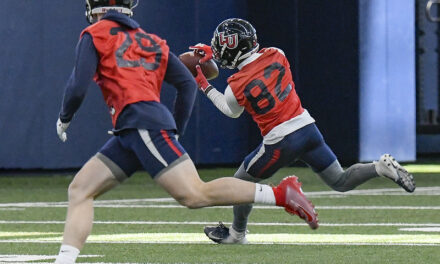 Freeze says Liberty has not had any positive COVID-19 tests