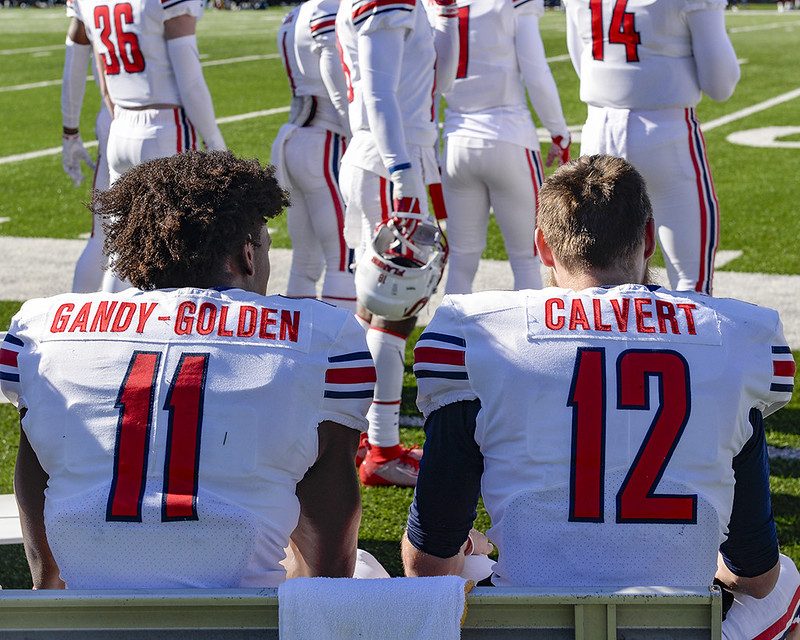 Liberty football will travel to Provo, Utah this Saturday for a date nearly 50 years in the making: the BYU Cougars.

BYU is a formidable opponent for the Flames, and likely the toughest team Liberty has played so far this year. Two of BYU’s four wins came against ranked teams, including an upset of 14th ranked Boise State two weeks ago. The Cougars have also beaten USC and Tennessee ahead of a blowout week-eight win over Utah State.

BYU runs an offense that’s rather unique in today’s game, and difficult to predict. Against Utah State last week, the Cougars pulled out a number of trick plays, including what can best be described as a double-lateral flea flicker (yeah, I know) that the Cougars completed to set up a first-and-goal.

Redshirt freshman Baylor Romney will likely start at quarterback for BYU. In last week’s game against Utah State, Romney demonstrated an impressive ability to hit receivers on deep routes. He finished the game 10-16 with 2 touchdowns and an interception. Romney split time with Zach Wilson, a dual-threat redshirt freshman who rushed for two touchdowns before taking a helmet-to-helmet hit and exiting late in the first half. Wilson, according to BYU head coach Kalani Sitake, is day-to-day.

BYU’s original starting quarterback, Zach Wilson, made an appearance on the depth chart this week. He’s still recovering from surgery to repair a fractured thumb and is doubtful for Saturday’s game.

BYU likes to run the football and evenly distribute touches. Four running backs have carried the ball at least 33 times, and of the four, three have 45 or more carries. There is no clear-cut star in the running back room at BYU. Ty’Son Williams, Lopini Katoa, Emmanuel Esukpa and Sione Finau each do their jobs, and they each do their jobs well.

Behind Bushman are four receivers with 20 or more receptions. If any one player, Senior Aleva Hivo leads the wide receiver room with 344 receiving yards and 2 touchdowns. Hivo, however, likely won’t be a point of emphasis for the Flames. BYU spreads the ball around too much for opponents to zero-in on one single receiver.

Defensively, BYU is surrendering 25.8 points per game, an average figure. The Cougars have two long, rangy linebackers in Kavika Founua and Payton Wilgar. Founua and Wilgar, who have combined for five interceptions this year, do an excellent job of jamming crossing routes. How quickly Liberty QB Buckshot Calvert adjusts to Founua and Wilgar will be a deciding factor in Saturday’s game.

Liberty enters its matchup with BYU as 17-point underdogs, and rightfully so. I think the Flames keep the game close through the first two quarters, but as the game drags on, the athleticism of BYU and the altitude of Provo, Utah will put the game out of reach for Liberty. Final score: BYU 38, Liberty 17. 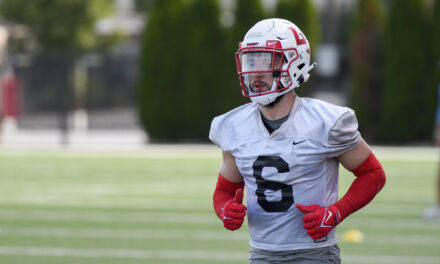 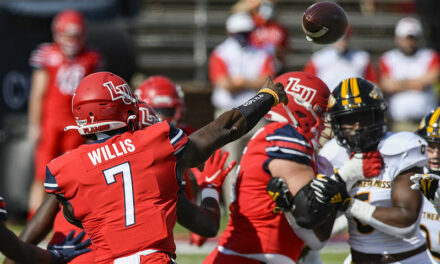