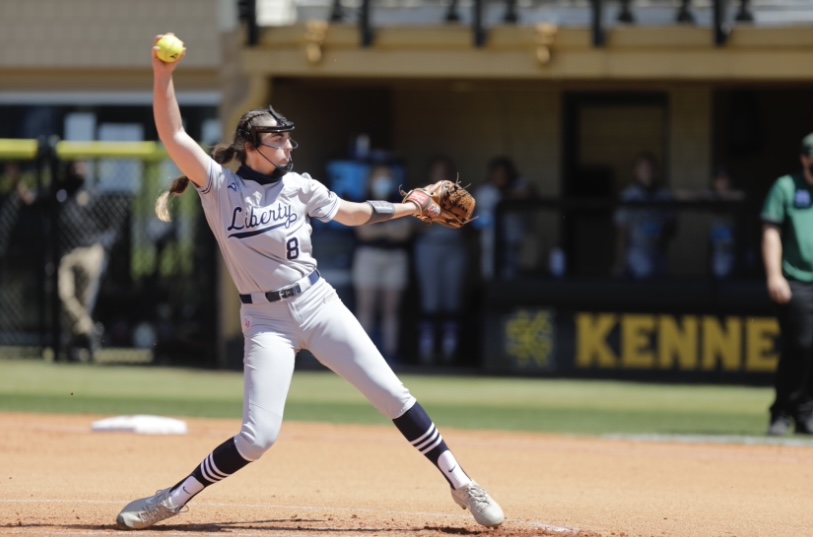 Prior to Liberty’s second game of the day in the Knoxville Regional on Saturday, head coach Dot Richardson dropped freshman shortstop Savannah Channell to the ninth spot in the lineup. It wouldn’t phase her as she provided the clutch hit to give Liberty the lead over host Tennessee and propel the Lady Flames to the win, 6-4.

Channell came to bat with the bases loaded in the top of the fourth inning with Liberty trailing the No. 9 overall seed Tennessee 2-0. She delivered with a no doubt grand slam over the left field wall. As she rounded the bases, Channell was greeted at home plate by an elated team as the Lady Flames took a 4-2 lead.

Liberty would add an insurance run in the fifth inning after Amber Bishop-Riley led the inning off with a single and advanced to second on an error. Mary Claire Wilson was nearly picked off from third as she attempted to get a good break on the bunt attempt. She broke for home as the catcher threw to third. With the return throw home, Wilson was called safe as the umpire ruled obstruction on the catcher for blocking the plate as Liberty grew its lead to 5-4.

Karlie Keeney got the start for Liberty in this one. She allowed two runs over the first three innings before the Lady Volunteers added two more to the scoring column in the sixth inning. Keeney finished the game with five plus innings pitched while allowing four runs. Megan Johnson came on in relief of Keeney in the bottom of the sixth as she got out of the inning after allowing one hit and the two inherited runners to score.

With Liberty clinging to just a one run lead in the final inning of play, Amber Bishop-Riley provided a much needed insurance run with her 18th home run of the season. This one a solo shot over the left field fence as the Lady Flames took a two-run lead into the bottom of the seventh and just three outs away from advancing.

Johnson would retire the Tennessee batters in order in the 7th inning as the Lady Flames win and advance to Sunday’s Regional Final. It’s the second time in program history Liberty has reached the Regional Final, doing so in 2018. With the win, the No. 1 seed in the the regional, Tennessee, is eliminated. Liberty advances to take on James Madison beginning Sunday at noon. The Lady Flames must defeat the Dukes twice to advance to the Super Regionals. 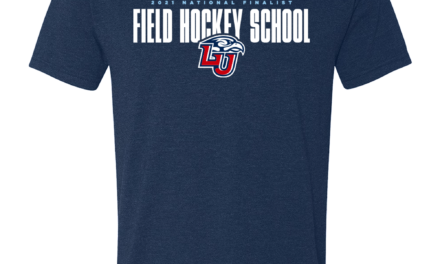 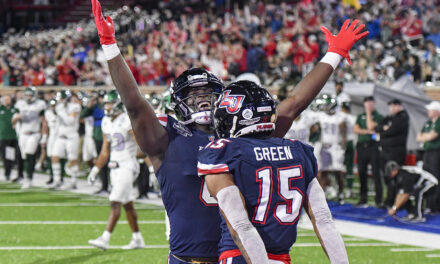 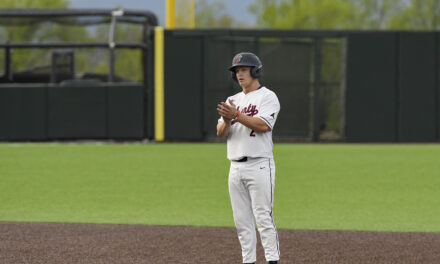 Liberty falls to Oklahoma in first game of Gainesville Regional