The Flames are finally able to open Williams Stadium this weekend when they play host to Division II opponent Brevard.

Why Brevard can win this game

Ok, ok, ok. You want some actual reasons. Brevard runs the triple option which is difficult to defend if the opposing defense isn’t used to it. Also, the Tornados running back Kelvin Jeter was rather impressive against LU last year. Jeter ran for 148 yards and 2 touchdowns while boasting 9.9 yards per carry.

BC won’t have an adjustment period because of playing a Division I opponent since they opened their season last week against Western Carolina. The Tornados scored 21 points on WCU (the same number they dropped on Liberty last year), so they can score on Division I FCS defenses. Brevard had the game within 7 points at 28-21 in the 3rd quarter before Western Carolina pulled away.

The Flames hope to get Gabe Henderson on track

Liberty is 17-0 against Division II opponents dating back to the year 2000.

The Flames concluded their 2013 home slate against Brevard, winning 59-21. Liberty scored on every possession of the game, and totaled nearly 600 yards of total offense on the afternoon.

Sure this was a reason Brevard can win the game, but at the same time Western Carolina had their way with BC. WCU led 14-0 in the 1st quarter and never trailed. Yes, Brevard got within a touchdown in the 3rd quarter, but Western Carolina ended the game on a 21-0 scoring run.

Liberty’s focus. If the Flames come out focused for 60 minutes of football, the margin for this game will be very close to that 38 point spread. Like Coach Gill said, “it’s about us.” 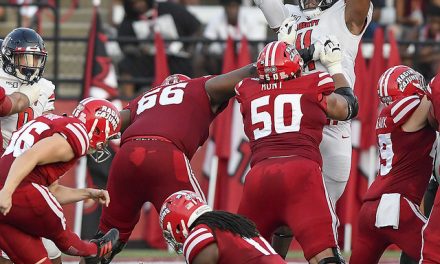 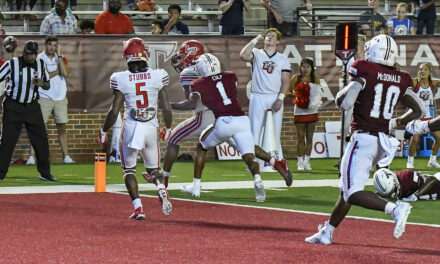