It was a perfect 6-0 week for the Big South including 4 wins over FCS opponents. Here are our Big South Football Power Rankings which we will update each week during the season.

The Chanticleers jumped out to a 16-0 lead in the first quarter en route to their 30-3 win over South Carolina State. De’Angelo Henderson led the way for Coastal with 172 yards rushing and 2 touchdowns. Alex Ross was 15-of-21 passing for 141 yards. South Carolina State did outgain the Chants 370-352, but 3 turnovers did the Bulldogs in.

The Flames’ offense moved the ball at ease against Division II Brevard. Liberty racked up over 600 yards of offense, and quarterback Josh Woodrum threw for 327 yards and 4 touchdowns. Brevard’s triple option attack did provide quite the challenge for the Flames’ defense though as they scored 31 points. The Flames clearly overmatched the Tornados with their athletic ability on the offensive side of the ball. This should be the last Division II opponent LU faces for a while.

Next: vs Bryant, 7pm

It was a tale of 2 halves as Campbell scored 10 straight points to take a 10-7 lead into the halftime break. The Buccaneers would respond though, scoring the game’s final 27 points en route to the 34-10 win over the Camels. Charleston Southern outgained Campbell on the ground 243 to 80. Austin Brown, the junior quarterback transfer from UAB, continues to lead the Bucs. Brown has thrown for 490 yards and 6 touchdowns while rushing for 120 yards and 2 touchdowns through his first 3 games. CSU faces their first true test this weekend when they host the Citadel.

Next: vs The Citadel, 6pm

Monmouth intercepted a pass in the end zone with less than 2 minutes to play as they hold on to defeat Wagner 21-16. The Hawks were up 21-9 early in the 4th quarter before Wagner responded with a touchdown. Brandon Hill was 20/33 passing for 215 yards, 2 touchdowns, and 1 interception.

Did not see this one coming as Presbyterian upset #19 Furman. The Blue Hose scored the go ahead score with less than 9 minutes to play in the game and snapped a 15-game losing streak to Furman with the victory. PC won despite just 79 passing yards and 192 total yards of offense on the evening. The kickoff was delayed nearly two hours due to a lightning storm in the area.

The Runnin’ Bulldogs beat VUL 34-0 in a game that was called early due to lightning. Gardner-Webb had a slow go of it in the first half as they led just 17-0 at the break. GWU would score 17 points quickly in the 3rd quarter to open up the game. Gardner-Webb has been underwhelming so far this season. 3 of their next 4 games are against Southern Conference opponents.

Next: vs Wofford, 6pm 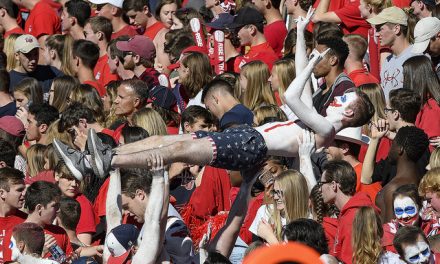 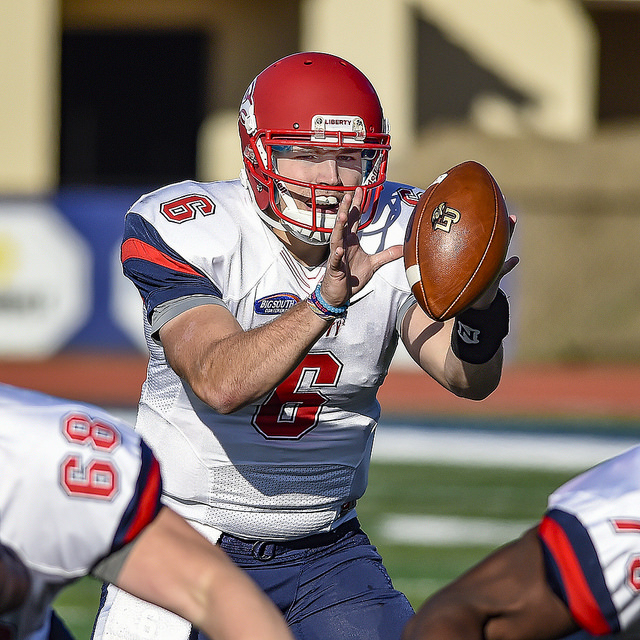