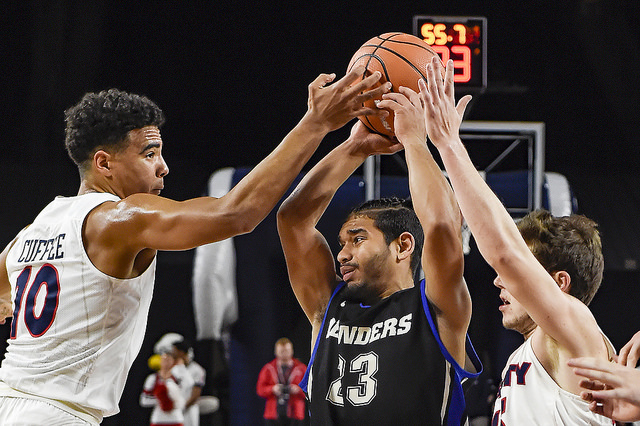 After a 1 game setback at Charleston Southern Wednesday night, the Liberty Flames got back on track with a win over Gardner-Webb, 77-65, in the Vines Center.

Four Flames reached double figures highlighted by true freshman Elijah Cuffee’s career high 15 points. He was 5/9 from the field and connected on 3 of his 6 three point attempts. He added 5 assists and 4 rebounds.

One game after breaking the program’s career 3 point field goal made list, Ryan Kemrite continued his hot shooting while making 3 more triples en route to 15 points. The redshirt-senior was honored prior to the game for his recent achievements of 1,000 career points and breaking Larry Blair’s 3 point field goal mark.

The reigning Big South Player of the Week Scottie James had 14 points and 9 rebounds. Georgie Pacheco-Ortiz rounded out the double figure scorers with 13 while adding 4 rebounds.

Despite being the only member of the starting 5 to not reach double figures, Lovell Cabbil stuffed the stat sheet with 6 points, 9 rebounds, and 7 assists. The rebound total ties his career high while he set a new career high with the 7 assists.

With the win, Liberty evens its record at 7-7 in Big South play and 16-11 overall. The Flames are currently in a 3-way tie for 5th place in the conference standings with 4 regular season games remaining. Coach McKay’s squad is back in action Thursday night at first place UNC Asheville. 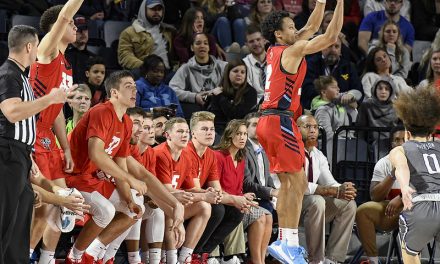