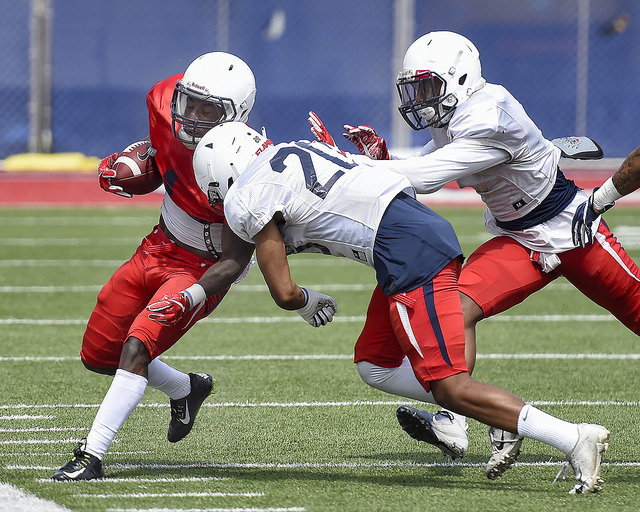 For the second straight year, we’re beginning our 30 players in 30 days where we countdown our list of the 30 best current Flames’ football players leading up to kickoff on August 31st against Syracuse. Today, we begin with #30-21. Check back next Thursday to see who makes #20-11, and again on Thursday, August 15th to see our top 10 ranking!

The 6’4 295 lb. junior offensive lineman will look to play a crucial role in Freeze’s fast-paced offense this fall. Schultz helped pave the way for the Flames’ high-powered offense last season. With Buckshot, Jonathan Bennett and Malik Willis vying for playing time in addition to a stocked running back cabinet, look for Schultz’s play to be a deciding factor in a frantic new offense this season. The Flames will be looking to Schultz to man one of the tackle spots.

The speedy 5’8 receiver from South Florida dazzled in the spring game: hauling in a pair of touchdown passes and impressing as a punt returner. Liberty returns the majority of its receiving corps, but don’t be surprised to see Louis see some action in the slot and/or on special teams. This guy is quick and shifty and he’s one of Freeze’s guys. He won’t be easy for tacklers to corral. 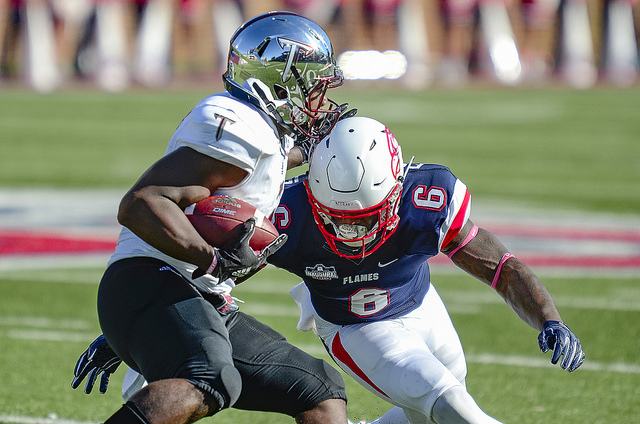 A redshirt junior who has played in the SPUR and will now navigate to the similar ROVER spot, Espinoza will look to contribute to a veteran Flames’ secondary. Last season, Espinoza recorded 27 tackles: 15 solo, 12 assisted. Espinoza will have to play well if the Flames hope to rebound from a disastrous defensive season in 2018. 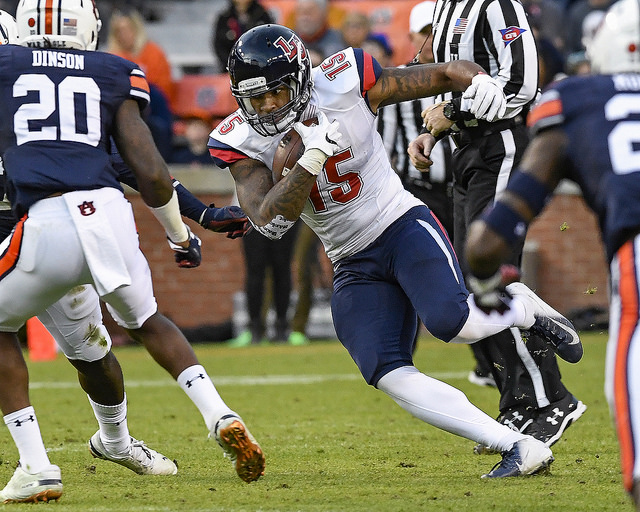 Barrett was a three-star recruit and ranked among the nation’s top 100 tight ends coming out of high school. After playing a year at ASA College Miami in Florida, Barrett came to Liberty for his sophomore year. He played in 11 games in 2018, primarily on special teams. With Johnny Huntley now playing tight end and a physically demanding offense, look for Barrett to see an uptick in targets this season. 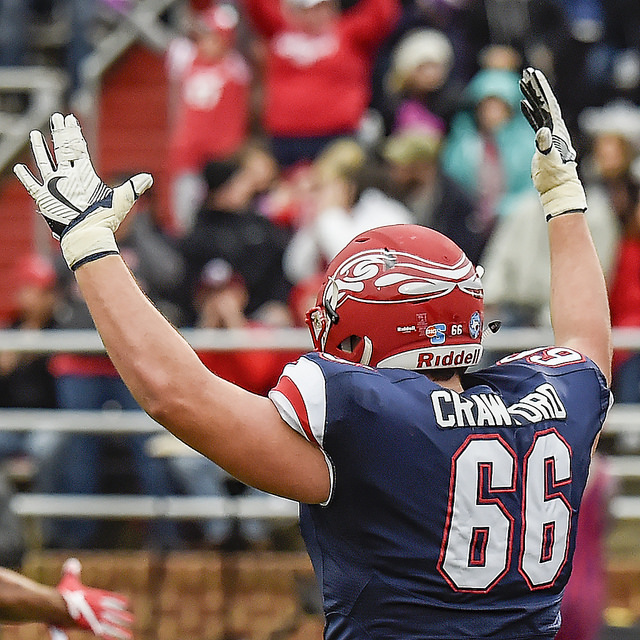 A senior, Crawford will anchor the Flames’ offensive line this year. Crawford sat atop the Flames depth chart at left guard last season and will likely remain there this season. 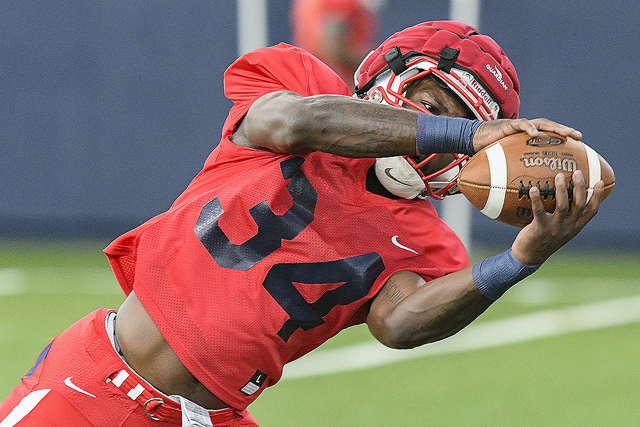 The Maine transfer led all of FCS in rushing with 1,335 yards and 9 touchdowns on 5.5 yards per carry in 2017. He sat out all of 2018 due to NCAA transfer requirements and has two years of eligibility remaining. Mack will compete for starting reps with Frankie Hickson and Peyton Pickett. 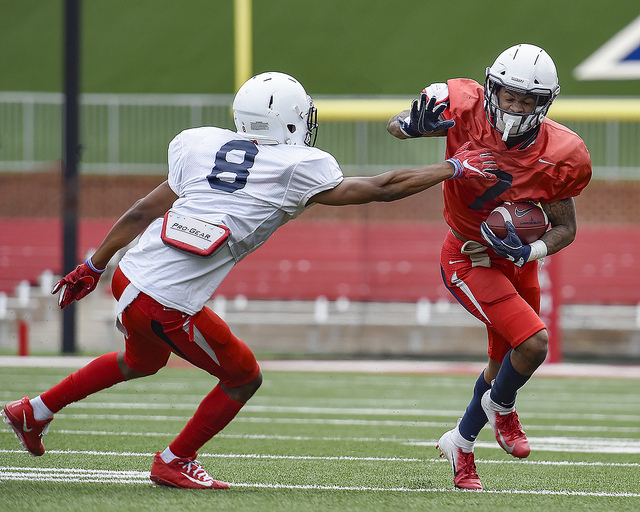 Faulks redshirted in 2018 on the heels of a 15-tackle, two-interception 2017 season. He started six of Liberty’s final 8 games in 2017 and will look to work his way back into a starting role when fall camp begins. Faulks is certainly one of the more interesting stories this season as he went from being a starter in 2017 to redshirting in 2018. During the spring, he appeared to be in the new coaching staff’s good graces. If that continues, he could mean much more to the defense than his #24 ranking implies. 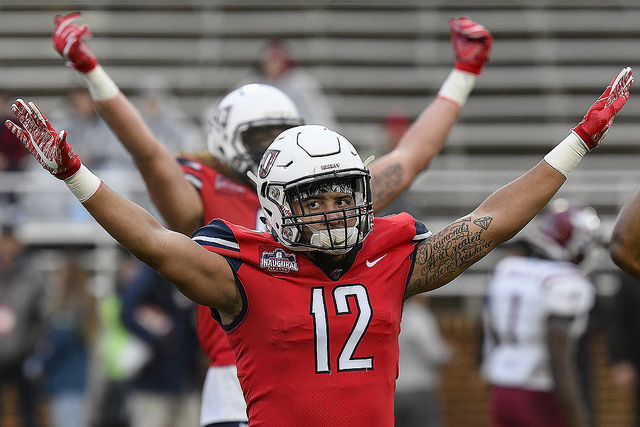 Tillmon, a senior, originally played safety before shifting to linebacker in 2018. He recorded 41 tackles and tallied two interceptions last year and could see an uptick in personal stats under a revamped defensive scheme led by Scott Symons. His usage in the spring game was limited and thus his preseason ranking plummets. Was that just an aberration or will he face much more competition for snaps under a new staff? 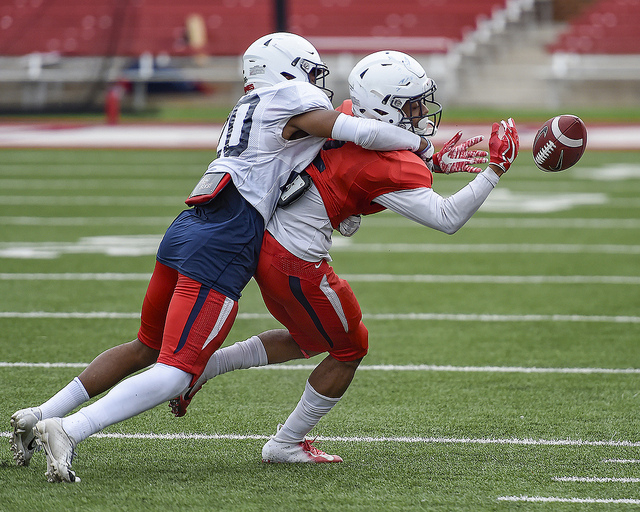 Dabney, a 3-star JUCO product from Jackson, Mississippi, attended Hinds Community College last fall. He had offers from Louisiana-Monroe, Middle Tennessee State, and Old Dominion, and he should immediately contribute at corner.

Knight is an Arizona bounce-back and product of Ventura College in California. He’ll likely compete for a starting job this fall with Schultz and others at a tackle spot. 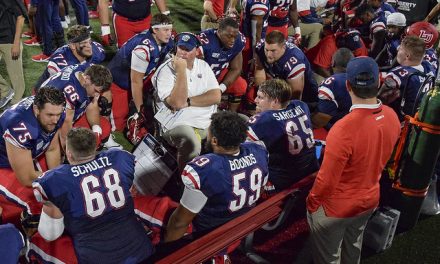 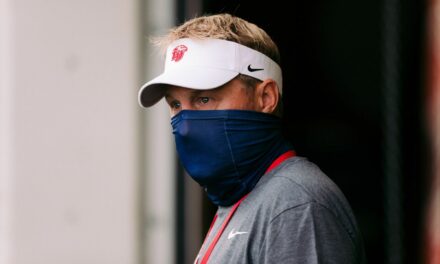 Liberty ranked No. 62 in USA Today’s re-rank of all FBS teams 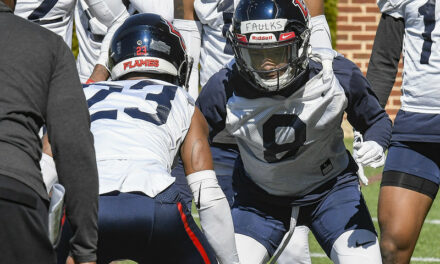