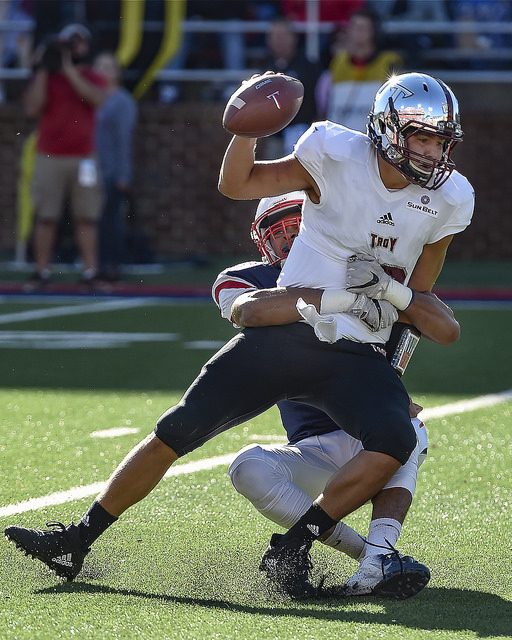 Team: Troy Trojans
Conference: Sun Belt
Game Date: September 11 (Week 2)
Location: Veterans Memorial Stadium – Troy, Alabama
Game History: This will be the fourth meeting between Liberty and Troy. The Flames hold a 2-1 advantage thanks to a recent upset in 2018 over the Trojans by a score of 22-16.

Lindsey enters into his third season at Troy with a 10-13 record. Before arriving, he worked in a variety of offensive roles at a number of FBS schools including Southern Miss, Arizona State, and Auburn. Under Lindsey’s leadership, Troy saw both national and conference rankings offensively last season and improved overall from 2019.

2021 Outlook: Offensively, Troy should boast one of the best lines in the Sun Belt anchored by LT Austin Stidham. This mixed with a number of their top rushers, like six-year senior B.J. Smith and freshman Kimani Vidal, returning bodes well for the rushing game. Things aren’t as certain in the receiving core with their top wideout Kaylon Geiger transferring to Texas Tech this past spring. The quarterback position could be interesting for the Trojans as well. While Gunnar Watson ran the offense last season, Missouri transfer Taylor Powell has a shot at starting. With an offensive mind like Chip Lindsey at the helm, Troy has the pieces to make some noise in the Sun Belt, but that’s it. Troy’s strength this upcoming season lies on the defensive side of the ball. They return a majority of their starters from last season including a solid linebacker core led by Carlton Martial who we will discuss more later. Troy also has quite a few defensive transfers making their way to Alabama solidifying depth and improving competition.

With Kaylon Geiger’s transfer, Troy has some big shoes to fill at the receiver position. Reggie Todd has the potential to do just that. In 2020, Todd led the team with six touchdown receptions, caught at least one pass in every game, and served as a stable kickoff returner. Whether Powell or Watson start, Todd is set up to be a vital piece of their success this coming season.

In an uncertain season, Carlton Martial was a certain force for the Trojans in 2020. He led the team with 113 total tackles, which was tied for most nationally, and 10 tackles for loss. Going into the 2021 season, Martial has earned a number of notable preseason honors including All-Sun Belt First Team and Defensive Player of the Year. According to PFF, Martial is simply one the best off-ball linebackers in all of college football. 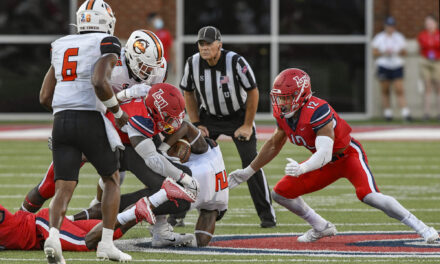 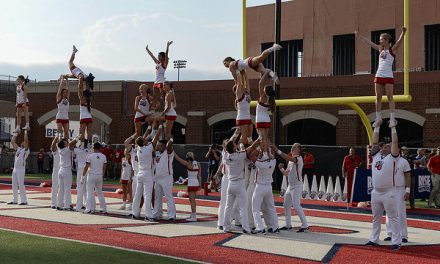 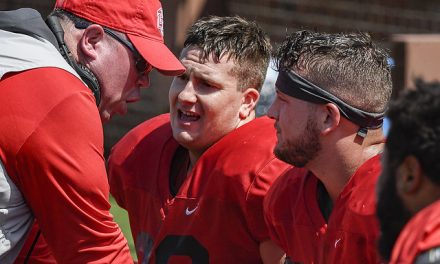