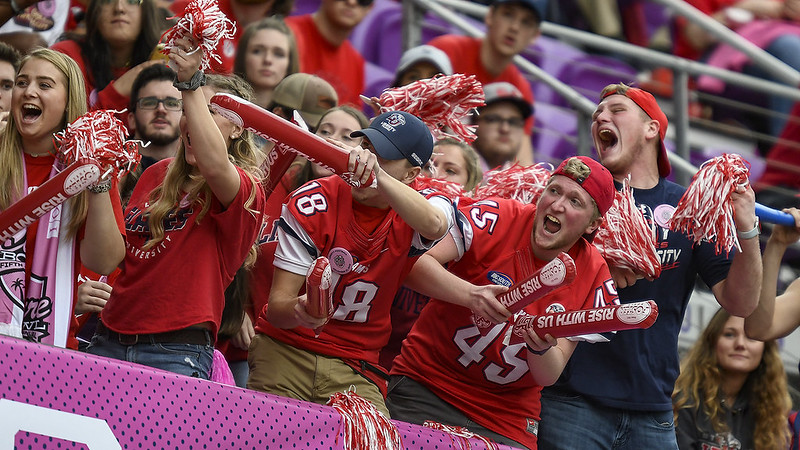 As another calendar year draws to a close, there are many best of lists out there for your consumption, but as Liberty fans, this year is one to remember. 2019 should be known as the Year of the Flames.

It began with the men’s basketball team following up its win over UCLA to a 7-0 start to ASUN play. The Flames would finish 14-2 in its first season in the ASUN, winning a share of the regular season title. But McKay and the Flames were just getting started.

Three wins in the ASUN Tournament, including in the championship game on Lipscomb’s home and the Flames were dancing for the first time since 2019.

Armed with the program’s best seed in school history (#12), Liberty got the first round upset over Mississippi State behind 30 points from Caleb Homesley. It was the first tournament win in school history. The Flames would finish the season with a program record 29 wins.

We all know the success for the men’s basketball hasn’t stopped as McKay and the Flames opened the season 14-0 before falling to LSU in the final game of the 2019 calendar year.

The baseball team had one of its most successful seasons in school history on the diamond, tying a program record with 43 wins as well as an ASUN Tournament Championship. Like basketball, the success would continue on the national stage, as the Flames defeated Tennessee in the first game of the Chapel Hill Regional to advance in the winner’s bracket before being eliminated with losses to North Carolina and Tennessee.

The success in the spring would carry over into the fall, highlighted by the football team’s success under first year head coach Hugh Freeze. Eight wins, including a win over Georgia Southern in the program’s first ever bowl game, would see the Flames make a statement on the national level in the team’s first full season as an FBS member.

Before the calendar came to a close, contract extensions were announced for both McKay and Freeze who have set their respective programs up for long-lasting success.

In total, seven Flames teams captured ASUN titles last season with several more primed to do so once again in 2020. Spearheaded by the success of the big three sports – football, basketball and baseball – 2019 marks the best year for athletic accomplishments in school history.

2019 is the Year of the Flames, but it could be remembered as the foundation of the golden age of Liberty athletics.