Update 1/25/16: After a weekend visit, Harvey has committed to Nevada, according to his twitter profile.

Harvey committed to Liberty last night. He announced his decision via twitter. He also had offers from Abilene Christian, Air Force, and Army. He is a 2-star rated prospect according to Rivals and 247Sports. As a senior, Harvey had 63 receptions for 1,257 yards and 19 touchdowns earning a spot on the District 21-5A All-District First Team Offense.

Blessed to have received my 3rd offer from Liberty University. ??? #Godisgood pic.twitter.com/VpPAiusPKQ 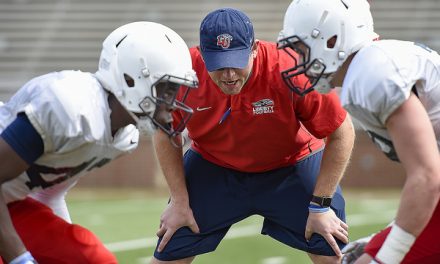