So far we’ve previewed the Flames’ 2014 Offense and the Defense & Special Teams, today we turn our attention to Liberty’s 2014 schedule. 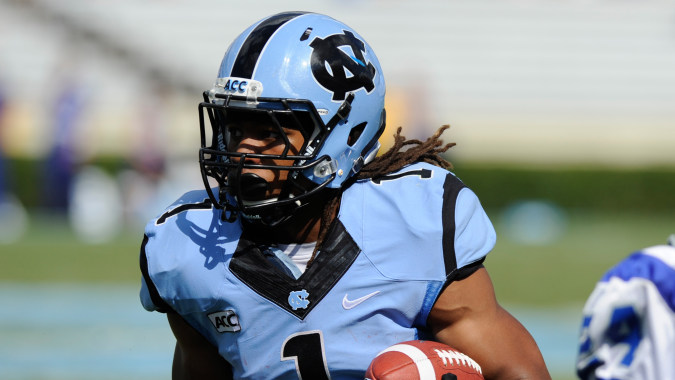 Nonconference
The Flames open 2014 with a trip to Chapel Hill to face the Tar Heels who finished 2013 at 6-6 and 4-4 in the ACC. North Carolina will play in the Belk Bowl on December 28th against Cincinnati. It will be the first ever meeting between Liberty and North Carolina. The Flames are 0-3 all-time against ACC opponents.

Following the opener, Liberty heads to Norfolk to take on the Norfolk State Spartans in a rematch from the 2012 game where Liberty lost 31-24 in Turner Gill’s first game at Williams Stadium. Other nonconference opponents feature games with FBS member Appalachian State, Danny Rocco and the Richmond Spiders, Bryant, and Division II opponent Brevard. Liberty also has 1 more nonconference game to schedule which will likely be a road contest against an FCS opponent in the Midwest.

Liberty will be the underdog against UNC, Richmond, and (likely) Appalachian State, but should be favored to win their other nonconference games. In order to be guaranteed of an at-large spot in the playoffs should the Flames fail to clinch the Big South’s auto-bid, Liberty would need to go at least 1-2 against the Tar Heels, Spiders, and Mountaineers and not lose any games they should win. That would leave the Flames at 9-3 with no bad losses and at least 1 good win.

The Flames and Chanticleers will meet in Conway

Conference
Of course the best way to assure yourself of a playoff bid is to win all your conference games to win the Big South’s auto-bid. The Flames play host to Big South newbie Monmouth, as well as Charleston Southern and Gardner-Webb, and must travel to the Palmetto State twice to face Presbyterian and defending Big South champ Coastal Carolina.

Getting Monmouth, CSU, and GWU all at home is good as these should be the next best 3 teams behind the Chants. Liberty has had their share of struggles playing in Clinton, but the Flames took care of business in their first trip down there under Turner Gill dominating the Blue Hose 56-7 in 2012. More than likely, Liberty’s trip to Conway will determine the Big South’s auto-bid.

Hang in there FlamesNation, signing day is right around the corner. 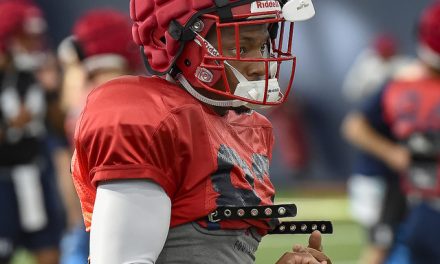 Top 5 questions for Liberty football to address in spring camp